Affordability. Access. Camaraderie. Mentorship. That’s what participants of a recent Flying Clubs Initiative Focus Group said they are looking for in a flying club. The focus group was intended to explore the perceptions of younger active pilots on flying clubs and aviation in general.

The four participants, aged 22 to 40, ranged in experience from a newly minted private pilot to a corporate pilot who is a CFII and MEI. Despite the diversity in the group, they shared a common desire to find an affordable option to fly in an environment that encourages camaraderie and mentorship. That makes flying clubs the perfect place for new faces in the aviation community.

The youngest member of the focus group was Katrina Schmid at age 22. She’s been flying since she was 16 and holds a private pilot’s certificate and IFR rating. She is still active with her club at home in Leesburg, Virginia but wants to find a club closer to where she lives in Blacksburg, Virginia.

Conway Yao also is looking for a club to join. He is 29 years old and was a member of the Congressional Flying Club based at Montgomery County Airport in Gaithersburg, Maryland (GAI). His interest in aviation began as a kid going to air shows, and once he finished college, he started saving money to take flying lessons. He earned his license in 2017 as a member of the flying club and has since moved to the Oakland California area for work, where he is looking to join another club.

The most experienced member of the focus group was Michael Sullivan, 35, who lives just outside the Delta airspace of Manassas Regional Airport (HEF) in northern Virginia. Although he was a Civil Air Patrol Cadet as a kid, he didn’t get bit by the aviation bug at that time. “It didn’t seem like something that was possible until I was an adult,” he said. After Michael left the Army, he began flight training. Over a number of years he became a CFII, an MEI and earned his ATP rating. He has worked as a CFI and just began flying a Challenger 300 as a corporate pilot. He instructed with the FAA Flying Club in Manassas in the past and is will be joining flywyld, another club based on the field.

The newest pilot among the group was Alan Hammond, 40, who earned his PPL this September. His aviation interest began with the gift of a discovery flight from his wife. Originally from South Africa, he lives in the Dallas-Ft. Worth area and is looking to join a flying club, but has had a difficult time finding a club with membership availability, so he is considering starting his own flying club.

For each of the focus group members, affordability was the main consideration for wanting to be a part of a club. “To me it seemed like the flying club was the only affordable way as an individual without a ton of money to continue pursuing this hobby affordably,” Conway said.

Michael added, “The cost of flying in the particular clubs that I was involved with was significantly better than the ‘retail rate’ at the FBOs. And on top of that, the availability of the aircraft was better.”

Kristina also said what she likes about being part of a flying club is that it is not only cheaper, but the availability of the aircraft is better. Michael commented that one benefit of flying with a club is that many clubs allow members to take the plane for a weekend.  Most places that rent aircraft also use the planes for instruction, and therefore don’t want aircraft gone too long. It’s more profitable when the plane on the ramp and available for multiple lessons in a day.

Besides affordable access to aircraft and better availability, what each participant in the focus group wanted in a club was the social connection to other members. Alan, who has only had his license for a few months said he is excited fly to around with his four-year-old son looking at houses and construction cranes or to go for $100 hamburgers with his family and other pilots.

“What about the clubs with three or four planes, flying all those planes over to the $100 hamburger?” Alan asked. “One guy can fly there, one guy can fly back. That’s absolutely what I’m looking for.”

He has experience with motorcycle clubs and scuba diving clubs and believes a flying club should be similar—a place with “like-minded individuals that you spend time with.”

Alan said that he is looking forward to both flying with other members—things like shooting  approaches—as well as doing some hangar flying, sitting around a cooler talking aviation and building that camaraderie.

Katrina also enjoys getting together with other club members in the hangar to BBQ and share a few bratwursts and a beer. The club she and her dad belong to in Leesburg holds an annual meeting the day of the local airshow. Members get together, go over things like the budget and spend time together.

“The social aspect is definitely a big reason why a lot of members gravitated toward the club, and the other is wrenching on planes,” Conway said.

“Having a few members in the club that would regularly do oil changes or replace tires and being able to tag along and watch them as they do it gave me a lot more confidence,” Conway said. “As pilots we all have to have a lot more mechanical understanding of how the plane works, whether we want to do our own maintenance or not.”

Those opportunities to learn and a desire for mentorship from more experienced pilots was another common theme that came out of the focus group. “If you’re talking about how to engage the young populace, or maybe it’s the new pilot populace, or people who are growing as pilots, everyone is hungry for knowledge, hungry for the experience of people who have done things before,” Michael said. “When I learned to fly, I wanted to hang out at the hangar. I wanted to see them fix the planes.”

The benefits of mentorship go beyond working on the airplane. Katrina talked about a flight shortly after she got her IFR rating in which the weather was on the edge of her comfort zone. So, she called up another pilot in the club and asked if they would make the flight with her. “Having that older member with his experience made me feel more comfortable with flying,” Katrina said. “Getting that mentorship and knowledge, and getting that perspective even when you’re not a student pilot, I think that’s cool.”

She also said her dad first joined the club because he hadn’t flown in 25 years and wanted to have the guidance and mentorship of other members as he knocked off the rust and began flying again.

One of the challenges that came up was finding a club with membership opportunities. Both Katrina and Alan have had a tough time finding a club. Katrina talked about finding a club in the Blacksburg area that had an outdated website and required prospective members to attend two meetings, which were only held once a month, before they could even apply for membership. When she emailed asking for the details about the next meeting, she never heard back. Her experience is a good reminder of the importance of having an up-to-date website, current contact information, and someone who will respond in a timely manner.

Alan’s search for a club northwest of Dallas has been difficult as well. There are clubs in the area, but he’s had trouble finding one with openings that is convenient for him. Michael, who worked as a flight instructor at Manassas Regional Airport (HEF) in Virginia, said it was a few years before he knew there was a flying club on the field. There are now three clubs on the field – the FAA Flying Club, flywyld, and the Northern Virginia Flying Club.

The lesson here is that while word of mouth can be a great way to share your club, it is important for clubs to be known in their airport community. Whether it is having members on the airport board, putting up flyers on bulletin boards, holding an open house, or sponsoring a safety seminar open to all pilots, there are many things clubs can do to let people know they exist and how to contact the club.  As always, please work with airport management before holding any event on the field.

When Conway began his search for a club, he used the AOPA Club Finder and found several clubs in his area. Montgomery County Airport (GAI) is home to four clubs, and he reached out to the various clubs, researched the differences, and chose Congressional Flying Club because it best met his needs.

The good news is younger and newer aviators are craving what flying clubs have to offer —affordable access to well-maintained aircraft and most importantly, mentorship and camaraderie. These younger and newer pilots are out there looking for flying clubs. The challenge we face is making sure our clubs are open, accessible, welcoming, and easy to join. See this month’s Question of the Month for ideas to make your clubs more appealing to younger members. 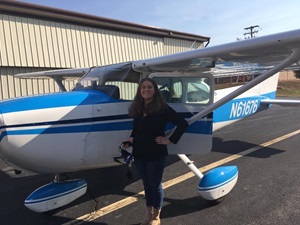 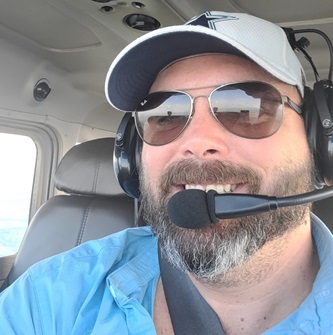 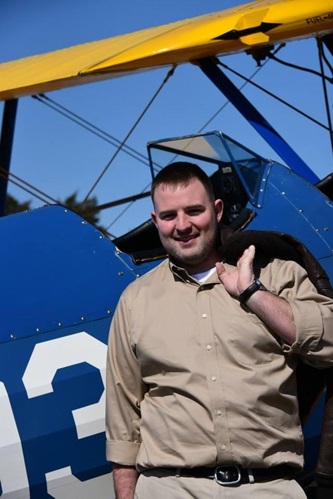