flywyld is not your average flying club. Taking a look at its simple, yet sharp looking web site and the diverse fleet that includes a Piper Cherokee 180, a Stinson 108-3, and a Piper Lance, you’d get the impression it’s been around for a while. The truth is, it just became operation on September 1 and in its first two months the club grew from six members to 21.

What might be even more surprising is the founders first started talking about forming a club at the beginning of 2020, right around the time the pandemic started. They got serious as the summer began and in a matter of a few months established the club and began operations.

So how did flywyld, based at Manassas Regional Airport (HEF) in Virginia, go from an idea to an operational club so quickly? They reached out to AOPA’s Flying Clubs Initiative team, took the coaching and advice provided, and implemented best practices for forming a club.

Merriam-Webster defines a best practice as “a procedure that has been shown by research and experience to produce optimal results and that is established or proposed as a standard suitable for widespread adoption.” Since the Flying Club Initiative began, AOPA has helped create more than 160 new clubs, and along the way has developed best practices to share with new start-up clubs, many of which can be found on the Flying Clubs Resource page.

flywyld began with four guys who flew out of Manassas – two were aircraft owners, Mike Webb and Sam Meek, and two were CFIs, Vitor Marcandali and John Crowley. 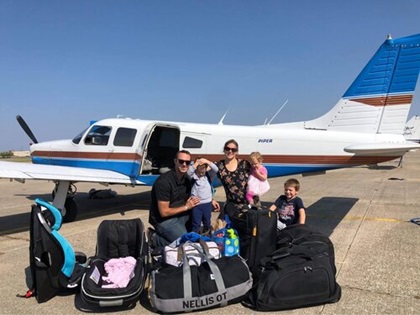 “We were all talking about how there isn’t a place to sit around and enjoy the camaraderie of aviation in a club type format where it’s much more relaxed, where it’s casual and not driven by profit motive,” said Mike, who is the club president. “I think Sam, who owns two airplanes by himself, on some level loved the idea of getting a club going and making it fun, but also that he could actually have the club help shoulder the cost of ownership.”

Sam, who is the club treasurer, owns the Stinson (see the November 2020 Aircraft Spotlight) and the Lance, has a background as an entrepreneur and “has taken companies from start up to mezzanine levels of funding, including millions of dollars,” Mike said. Mike owns three aircraft – the club’s Cherokee 180, a twin Comanche, and a Piper Archer, and has aviation leaseback business.

During the spring and early summer they really started kicking the idea around. John, who is the club vice president, called AOPA and spoke to Flying Clubs Director Steve Bateman. John reported back to the other founding members that Steve said he would give them a playbook on how to get started.

The group met with Steve via Zoom on June 3 and again on June 19, and then about every 10 to 14 days as they were figuring things out. Steve asked what they were interested in doing.

“One of the things that Mike and I and the rest of the board members wanted to do is focus on member experience,” Sam said. “And one of the best ways to do that is to provide a fair amount of variety in the aircraft available.” 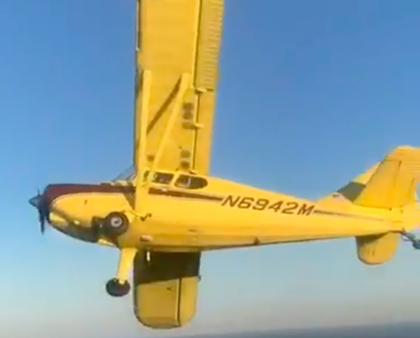 When they told Steve they had three airplanes, he explained they were “way ahead of the curve” and if they were willing to put them into a club on an exclusive lease, which is what he recommended, they were “halfway home,” Mike said.

Steve laid out the steps on what they needed to do and made recommendations, such as setting up flywyld as a Virginia non-profit corporation and then filing with the IRS for 501(c)(7) status, as a tax-exempted social club. 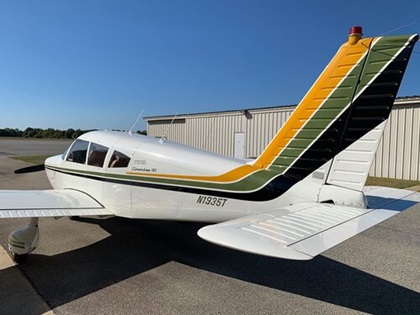 “Ultimately every time he said this is what you need to do, we either went and did it and made it happen or we would ask for him to provide an example,” Mike said. For instance, Steve shared the bylaws from the Westminster Aerobats, which Mike and Sam took and revised to reflect the needs and priorities of flywyld.

“Steve steered us pretty much in a step-by-step process of what needs to be accomplished to set yourself up for success,” Mike said. “He was really helpful in providing examples. That took a huge part of the legwork away. Seeing example bylaws and adapting them for our own club was a huge boon.”

One area that they took Steve’s suggestions to heart was in setting up the club’s fee structure. To join the club there is a non-refundable fee of $500, after a 60 day probationary period. “We deliberately priced ourselves a little bit cheaper,” Mike said. “The idea is that we don’t charge as much up front, but we might charge a little more in monthly dues.”

The dues are where flywyld differentiates itself from other clubs. Rather than using a tiered membership, the club has a dues surcharge for each aircraft. The reason the club is structured this way is to ensure members are treated fairly and equally and that no member is subsidizing an aircraft they are not flying.

“As per Steve’s suggestion with best practices, because we have multiple aircraft and not all members are interested in flying all three of the aircraft, we charge a dues surcharge depending on what aircraft the member wants to fly,” Mike said.

Every member pays $125 a month in dues as a base rate. This is designed to cover the cost of the hangars, facilities, the subscription to the online scheduler, food and drinks for events, and basic operating costs of having the club exist. And then depending upon which aircraft a member wants to fly, they pay a dues surcharge to help cover the cost of that particular aircraft’s existence.

The aircraft surcharge is designed to cover things like the insurance, database subscriptions, and general wear and tear type maintenance. Since Mike and Sam own the aircraft and lease them to the club, they are responsible for paying the annual inspection and maintaining the aircraft as airworthy. The club has operational control of the aircraft, so it pays for the general ongoing costs of the aircraft. 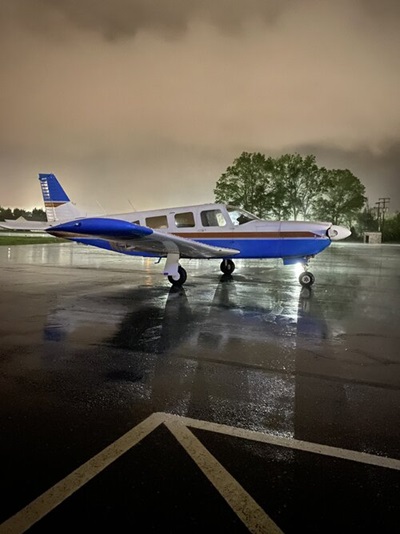 To start, the club created a range knowing that the more members were flying a particular plane, the lower the surcharge would be since the costs would be spread out. For the Cherokee the club advertised a range of $16 to $30; for the Stinson the surcharge ranges from $31 to $43; and for the Lance it is $62 to $82. Members flying multiple aircraft would pay multiple surcharges.

“We have a handful of members who are interested in the Lance exclusively. So they pay a dues surcharge of $62 a month and that is added to their base membership of $125 a month,” Mike said. “They have access to the Lance and that $62 a month means they are sharing in the cost of caring for the Lance.”

“Folks pick and choose what they’re interest in.  They have the flexibility if they decide later on that they’d like to learn to fly the Lance, they can get checked out and add it to their membership dues and have access to it like any other member would who is paying for the access,” Mike said.  “It’s sort of an a la carte menu for what you want to use.”

This structure ensures each member has the same rights and pays the same to be a member. When it comes down to voting for club action and activity, everybody is equal, Mike said. It also avoids future issues of members questioning why they are paying to subsidize aircraft they don’t fly.

“That’s how Steve brought it up,” Mike said. “It might not happen right away, but over time he has seen flying clubs where eventually someone will say, ‘I don’t like this. I’m paying just as much as that guy but I’m never using that asset so it’s not fair.’” 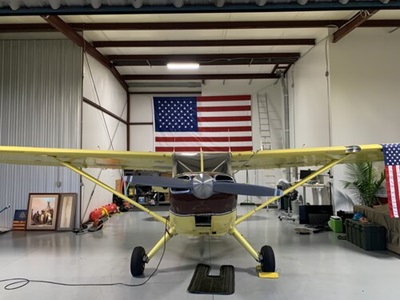 A dues surcharge structure may appear complicated, but it makes sense. “I say it at every meeting and to every potential member I meet – we want people here who are excited to fly, who love flying, and who are very interested in the social aspect of aviation, but also understand the more the merrier,” Mike said. “We would love it if every member of the club was interested in flying all three of the airplanes because it would help everybody since the cost would go down. But that’s not the case, not everybody wants to fly all three aircraft and that’s fine. That’s the flexibility of the club.”

AOPA has found a typical flying club operates best with a ratio of about 10 to 15 members per aircraft. Since flywyld has three airplanes, they followed Steve’s best practices recommendation and established a membership cap of 33, or 11 members per airplane.

By the end of July the club was ready to go and by August it began advertising and accepting applications. “We used social media, we used the AOPA Flying Club Finder, we used Instagram and Facebook,” Mike said. “But 90 percent of our members came to us because they heard about us through word of mouth.”

A few people said they saw an Instagram post or saw the club listed on ForeFlight when looking at the details for Manassas Regional Airport. Flight clubs are listed under the FBO tab. Mike expected to struggle to find members but they haven’t had any problems so far. 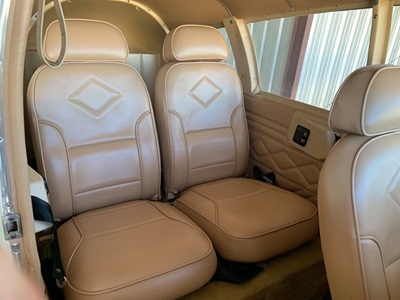 “We opened our doors September 1. I think we had six members and now we have over 21. It’s growing by leaps and bounds,” Mike said. In fact he thinks the club is growing so fast they may want to pause on accepting new members and let the dust settle for a brief time.

Mike credits the club’s quick start without any major speed bumps to the motivation of the founding members and “really because we had an excellent blueprint to follow that Steve laid out.”

While Steve was instrumental in guiding flywyld through the start up, he is just one member of the flying club team that are here to help. There are three You Can Fly Ambassadors around the country (See August 2020 Resource Spotlight and Club Spotlight), along with Steve and Flying Clubs Initiative Manager Drew Myers at headquarters that can answer questions, provide best practices and help clubs get off the ground.

“I will say this without any hesitancy, if we hadn’t had multiple meetings with Steve over Zoom this would never have happened so quickly,” Mike said. “We would have figured it out, but it would have been sloppy and much more prone to mistakes.” 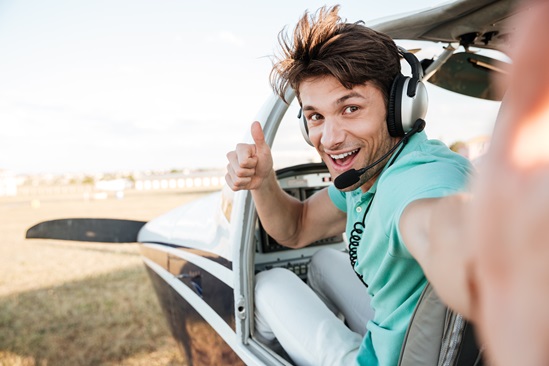 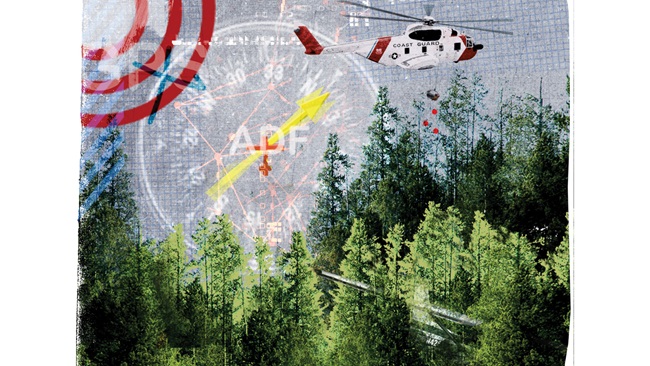 See and be seen 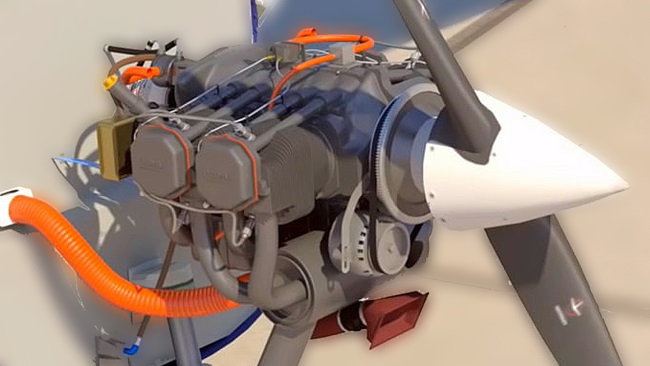