There’s nothing like seeing a kid sitting in the right seat with a grin ear to ear after taking their first flight. Since 1992, more than 2.2 million kids ages 8 to 17 have received a free flight through EAA’s Young Eagles program. 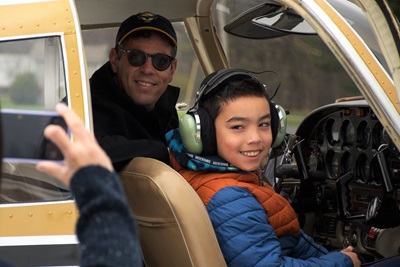 Participating in Young Eagles as a flying club is a great way to partner with a local EAA Chapter to give back to the aviation community and inspire the next generation of aviators. The Payson Aero Club (PAC), located about 50 miles northeast of Phoenix at Payson Field (PAN), is one of many clubs whose members fly Young Eagles.

Members of the local EAA chapter were instrumental in forming the club in 2019 with the help of a $10,000 grant from EAA headquarters and guidance from Steve Bateman, Director of the AOPA Flying Clubs Initiative.

Payson has a strong aviation community, but the airport doesn’t have a full-time FBO, flight school, or aircraft to rent on the field. “The genesis of the idea was the pent-up demand, people wanting to fly but didn’t own their own plane, and to provide a place for those people to enjoy aviation,” Steve Vaught, one of the founding members of the Payson Aero Club and former EAA 810 Young Eagle Coordinator said.

The club soon added an additional eight members to reach its cap of 20 and it now has a waiting list. Several of the original members were so committed to getting the club off the ground, they joined even though they owned their own aircraft.  Once the club was operational and there was a strong demand, they chose to leave the club to allow those who didn’t have access to an aircraft to join. 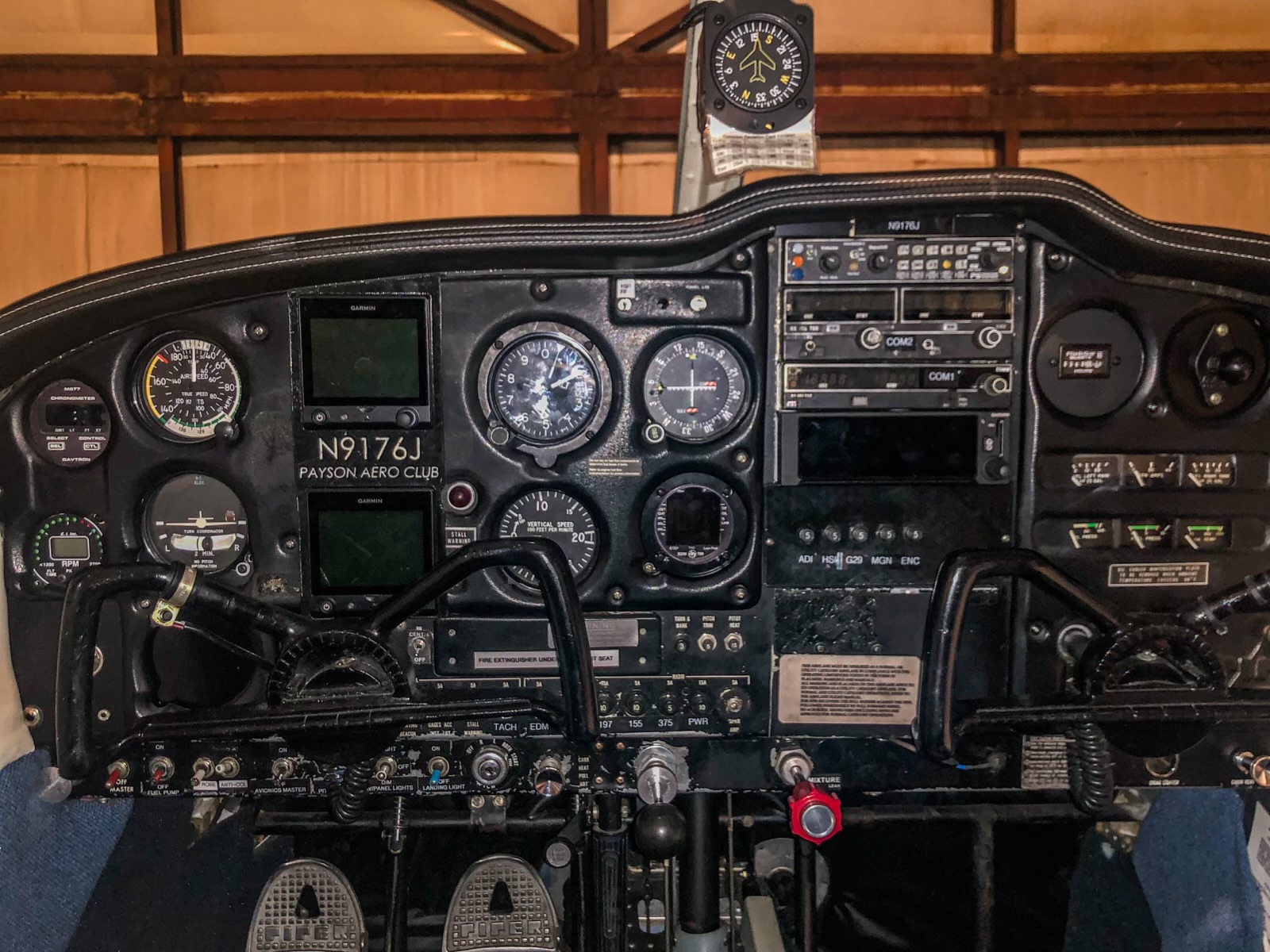 During the first year, the club flew about 350 hours and participated in the EAA Chapter’s Young Eagles Day in June 2019, which attracted about 75 kids. Because of COVID, there haven’t been any other Young Eagle rallies, but the Chapter is planning one for this summer and the club intends to participate.

Now that things are pretty much back to normal, more Young Eagle rallies are being planned all over the country, giving clubs plenty of opportunities to join in. Like AOPA’s Flying Club Finder, EAA has a web page that you can find Chapters hosting a Young Eagles event in your area.

To fly Young Eagles, a pilot must be an EAA member, take an online training course, and complete a background check, which can be done through the EAA web site (see this month’s Event Spotlight for more information on how a club can take part in Young Eagles). 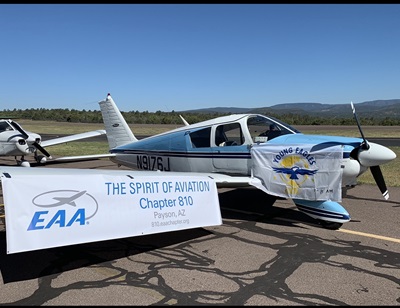 Participating in a Young Eagles event provides many benefits to a club. First, it’s an opportunity for members to share their aviation knowledge and passion with young people. For many of Young Eagles, it is the first time they have ever been in an airplane. Others have flown commercially but have never been in a general aviation aircraft. It is a way to pay it forward and inspire the next generation of aviators and possibly future club members.

Another benefit is that Young Eagle events can only be hosted by an EAA Chapter, so it is an opportunity for a club to partner with another aviation group. Collaboration among aviation organizations helps build a strong and unified airport community, and that helps everyone – especially with events geared for a non-aviation audience, like Young Eagles.

“There is a lot of inter-mixing here.  We have EAA Chapter 810, we have the Payson Aero Club, and the Payson Pilot Association, which has been going since 1983,” Steve said, “All three clubs work together really well for all of our activities, not just Young Eagles.”

The three groups host a July 4th cookout, they participate in a road cleanup program in which volunteers pick up litter on Airport Road every few months, and they all work together at the Young Eagle events.

“I think the benefit of the Young Eagles (for the club) is the visibility where there is an airplane here and a club that you can join,” EAA 810 President and PAC Chief Pilot Tom West said. “Participating is an advertisement to generate members or have members on a waiting list because people see there is a flying club.” 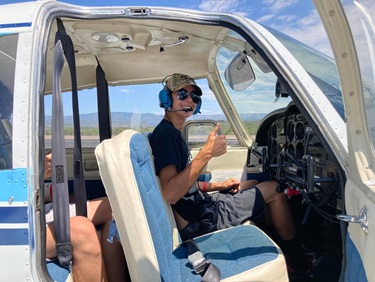 Steve agreed that attracting new members is a benefit and thinks the club will probably add a second plane in the future to accommodate the demand. Last month he flew a high school junior on a Young Event flight who is very motivated to become a pilot. He met with the boy and his parents to give him some tips and offered to help mentor him.

“The first thing I recommend he do is get on the waiting list for the flying club and they’ve done that,” Steve said. “There is actual concrete evidence Young Eagle flights can lead to future club membership. I’m fairly certain he’ll join the club.”

Club participation in a Young Eagles event helps EAA as well. Putting on a rally takes a lot of people, and it’s a great way to engage club members – whether they are pilots or social members. In addition to pilots and planes, there are a lot of people needed on the ground to have a successful event.

People are needed to help with registration as kids arrive, and to prepare flight certificates and logbooks that are given to each kid after they land. It’s also helpful to have a ramp marshal and escorts to walk the kids and their families to and from the planes, particularly at larger events. 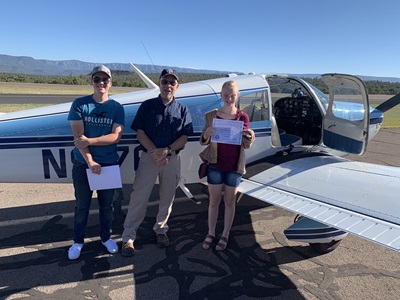 “We normally have an airplane not flying that we use for preflight and aircraft familiarization,” Steve said. “We’ve had club members help with that as well.”

It’s also a way for club members to give something back to the aviation community. “They’ve benefitted from having a flying club,” Steve said. “Some of them wouldn’t be able to fly without it and being able to give back to young people that are interested in flying, it may plant the seed that enables them to follow the same path. I think that’s huge.”