Club Spotlight: The Pros and Cons of Including Minimum Flight Hours in Club Dues

Developing a safety culture within a flying club is something that benefits individual members and the club as a whole.  Conventional wisdom says that a pilot who flies more regularly, tends to fly more safely. One tool that may encourage members to fly more is to include a minimum number of flight hours in club dues. Some clubs do this, while others do not.

To get some practical insight, we posted the question, “Does your club include a minimum number of flight hours in your monthly dues? If you do, can members “bank” these hours? on the AOPA Flying Club Network Facebook Page. The response was evenly mixed. 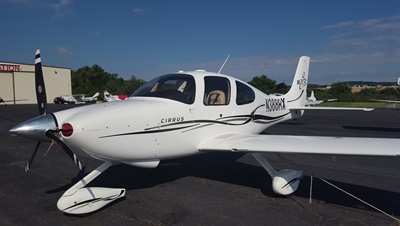 Many clubs said they do not charge minimums, and some said they saw no value. Other clubs charge an hour or two per month. For some clubs, that time is use it or lose it. Other clubs allow members to bank that time if they don’t use it.

One takeaway from the comments and conversations we had is that every club is different and what works for one club, may not be a good fit for another. It also seems that the goal of charging flight time as part of the dues to get members flying regularly is not effective, at least from our small sample.

One club that uses this practice is the 907th Flight Squadron Flying Club based at Doylestown Airport (DYL) in eastern Pennsylvania. The club was formed in 1972, has 16 members and operates two Cirrus SR20s—one is $115/hour, the other is $135/hour. The monthly dues are $380, which includes two hours of flying in the cheaper SR20. Members may also bank those hours and there is no limit. However, if a member leaves the club, they would lose the banked hours and not be reimbursed for time not flown.

“I joined the club 23 years ago and this was already set up,” Eric Gertz, the club’s Treasurer said. “Why the original guys set it up, I don’t know, but it has worked for us for a long time.”

Tracking the hours is done using an excel spread sheet. There is a column that shows the amount of credit hours you have to start the month. If you don’t fly that month, the credit hours increase by two the next month. Eric records the flight time of each member in the spread sheet, and it adds up the hours.

“It tells you how many total hours you flew that month and how many excess hours beyond what you have banked,” Eric said. “If you had nothing banked in the beginning and you flew three hours in the month, you would have one excess hour and you would be billed by the excess hours on top of the monthly charge.”

Most of the club’s members fly 20 to 25 hours a year, so they are using most of the time they are paying for in the dues. There are one or two members who flew less than 20 hours last year.

“If you do fly your 2 hours a month, you’re effectively paying $190 an hour for your 24 hours of flight time, and beyond that it is the lower rate,” Eric said. When you do the math, even if a member didn’t fly at all, $380 a month to have access to two Cirrus SR20s is pretty darn affordable. In fact, it’s less expensive than the cost of an average hangar with a concrete floor and bifold door in the area. So having the flight time built into the dues for clubs with higher end, more expensive aircraft may make sense.

Overall, the 907th Flight Squadron Flying Club members are flying most of the hours they are paying for. However, Eric said, “I don’t think it helps with proficiency.”

The Lake Country Flying Club based Green County Regional Airport (3J7), in Greensboro, Georgia would agree that the club’s two-hour minimum included in the dues has not encouraged members to fly more. However, it has proved beneficial from a financial perspective.

The club was founded in December 2017 with a Piper Archer II and the goal of having eight members (see January 2018 Club Connector). Two of the club’s founding members had been part of the Crosswinds Flying Club in Bloomington, Illinois and used that club’s bylaws as the basis for the Lake County Flying Club.

Crosswinds included a two-hour flight credit as part of the dues and allowed members to bank up to 24 hours of flight time before the time would stop accruing. Lake Country included the same structure. At the time, club Treasurer Mark Hall said, “It encourages guys to stay current and fly, and there is a more steady, reliable income stream.”

Four years later, it’s fair to say one of those elements has held up. The thinking back then was including flight time in the dues would keep people proficient. The original members all thought they would burn off the two hours a month without a problem. “But it hasn’t worked out that way,” Mark said.

The club added a second aircraft, a Piper Dakota, and membership grew to 15 members. With the second plane, the club instituted a tiered dues structure, based on flying privileges.

Members only checked out in the Archer pay $350/month, and members checked out in Dakota pay $400/month, which includes the two hours of flight time. The Archer is $50 an hour and the Dakota $60 an hour. Rates are Tach time, dry. One member flies only the Archer, the rest fly both aircraft and pay the higher dues.

Membership recently dropped back down to 10 as a few members lost their medicals, another passed away, and others bought a plane.

Including flight time in the dues “has come in handy now that we’re down to 10 members,” Mark said. “Having that extra revenue come in is paying the bills today even though accounting-wise we are showing it as a liability. If we didn’t have it, we would have had to increase our dues.”

Club members before Covid, would take the planes, especially the Dakota, on longer cross-country fights and use up a significant portion of their banked hours. But even doing so, most members still carried a balance of unused hours.

As the club gains new members and gets back to a more solid footing, it may consider reducing the flight time included in the dues to one hour instead of two, Mark said. “I’m still a believer in including some hours in the dues.”

The EnginAires Aero Club based at Willard Airport (CMI) in Champaign, Illinois had a hybrid model in place from about 2000 to 2010. The club policy included one hour of flight time in the dues for three months in the summer only for members who were not flying regularly. What the EnginAires found is the practice didn’t have the desired effect of encouraging those members to fly more.

The club was founded in 1956, and its 20 members share the use of a Piper Archer II and a Cessna 182. The hourly rate for the Archer is $120, and for the 182 it is $155. The way the policy worked was if a member had not flown three hours between January 1 and May 31, one hour of flight time would be added to their dues each month in June, July, and August. The member had through the end of the year to fly those three hours.

Mike Mazzocco was president for 15 years and is currently the treasurer. “I was uncomfortable with what I saw in December,” he said. “Pilots who hadn’t flown all year were trying to fly off the three hours in December. It put people in jeopardy. It had the opposite effect of the goal.”

Making matters worse, December in Illinois can have some fairly unpleasant weather. This became a double-edged sword—either pilots who were not current were flying in potentially challenging conditions, or they were asking to extend the flight hours into January, causing an administrative headache. “It wasn’t worth it,” Mike said. Especially because 15 out of the 20 members were actively flying, and there were one or two members who weren’t flying at all. So, the policy really only affected a few members.

Instead of adding flight time to the dues, the club has a requirement that a member must do one of the following:

While the idea of including flight time in monthly dues may encourage members to fly more regularly in some clubs, it certainly is not a universally accepted approach. The challenge is when the policy doesn’t have the desired effect, it could create a situation that actually runs counter to the goal by having rusty pilots trying to fly off hours before they expire.

For a very detailed analysis of the whole topic, including a novel alternative that will get members flying and following the WINGS program, see the Question of the Month: “Does including flight hours in monthly dues make for more proficient members?”