There aren’t many clubs that grow their membership by 40 percent in 18 months, but that’s what the Free State Flying Club, based at College Park Airport (CGS) in Maryland, has done since we last spoke with them in the February 2020 Club Connector.

At the time they had just implemented a new member selection process that focused on adding new members who have talents and skills that add value to the club. A year and a half later, the club has increased from 16 members to 25, and added a second airplane. See this month’s Question of the Month for a deep dive into recruiting new members, and what prospective members should look for when considering joining a club. 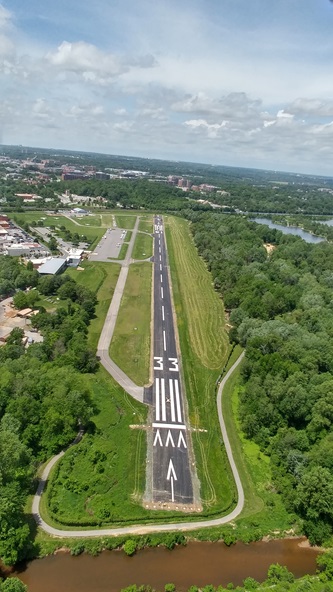 The growth spurt was prompted by the airport eliminating long standing rules that restricted the club to operating one aircraft and limited membership to no more than 15 members. That rule was lifted in the summer of 2019.

Free State knew it wanted to grow, but how to do it successfully was another issue entirely. This is the story on how they’ve done it.

With the restrictions on the field lifted, and the club interested in growing, the members knew its constitution and bylaws needed to be updated. “It was a pretty top-down rewrite of everything,” Club Vice President Ross Nizlek said. “A motivating factor was we needed to do this to grow.”

The whole process took three to four months and the biggest change was splitting out the operating rules from the Constitution/bylaws.  “As a smaller club, we operated a little more informally,” Ross said. A lot of the operational rules and procedures were embedded in the Constitution. “So you had to go over this really high hurdle to make changes. The idea is we have a more flexible document now.” 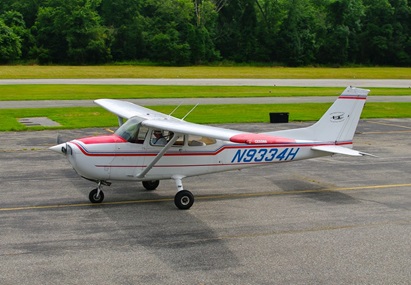 Chicken or the Egg

With the club structure and bylaws clarified, the main issue to be decided was the aviation version of the chicken and the egg. What do you do first—buy a second aircraft or add new members?

“It was a contentious debate,” Ross added. “I think a lot of the arguments spoke not to just what do we want to do, but embedded in them were the concerns of growth, of change, and how this will impact the club dynamics.”

There were concerns that if you added more members, the club could compromise the ability of existing members to access the aircraft. There were members who liked things the way they were and expressed concern about expanding.

“The interesting angle was balancing the finances against concerns of existing members,” Ross said. “We want to keep flying affordable for existing members and for new people coming in."

To address the concerns of members who were worried about scheduling availability, the club came up with an optimum number of members, as well as a cap on members. The optimum number would provide the financial stability the club wanted so it could keep costs affordable, while being able to buy a second plane.

If the club reached the optimum number and members had concerns about costs or scheduling, they could raise the concern and argue the club should not add more members to reach the cap. Having both thresholds appeased those with concerns about growing too big, too fast, while giving the club the flexibility to add more members if they choose. The club capped membership at 30, which breaks down to a 15:1 member to aircraft ratio, and set the optimum level at 27.

Process of adding the right members

After much discussion, the club ended up choosing to add members before buying the second aircraft. There was already a waiting list of nine members who were ready to join the club. So the club went through the process they developed to select members who could bring value, and ultimately six new members joined this summer.

The process begins with an initial screening. The prospective member fills out a questionnaire and is interviewed by a small committee made up of two to four members. “If that group decides this is someone they are interested in, the person moves to a more formal process and a larger group,” Ross said. The recommendation from the smaller group carries a lot of weight, but the new member candidate goes before the entire club, which then votes on accepting that person. Although the candidate must get more than a majority of the vote, all of the new members have been accepted without issue. 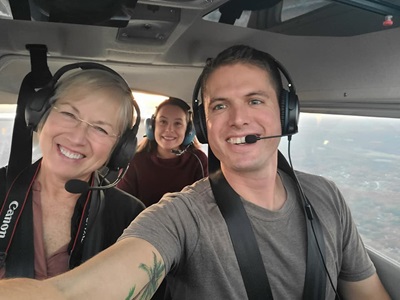 What does the club look for in a new member? First and foremost is whether the person is interested in being an active member of a social organization or are they just looking for access to an airplane that they can fly, much like a large ownership partnership. “We’re looking for folks who want to be active participants in the club beyond just taking the plane out to fly,” Ross said.

A big part of that is looking at a candidate’s experience and background. What skills do they bring to the club and what can they offer that will help strengthen the club. Some obvious attributes are candidates who are CFIs or A&Ps, but other skills that could be attractive to a club include someone with IT or social media experience to help with the club’s web page, Facebook, and other platforms. Or perhaps someone who has an accounting background. One candidate worked as an air traffic controller. While their perspective would have been a welcome addition to the club, their circumstances changed and they did not join.

Of course, determining if a member is the right fit for a club is a two-way street. How does a candidate determine if the club is right for them?

Ross and Drew found prospective members are most interested in the cost structure—buy-in, dues, and hourly rates—and availability of aircraft. Other questions that the club often gets asked are about training (the club does not take primary students, but members may work on advanced ratings), scheduling policies for overnight trips, and general background on the members. 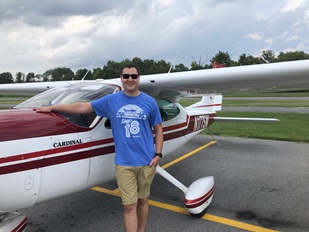 The discussion about expanding the club’s fleet was a little less contentious than determining whether to add members or the airplane first. The starting point for the club was the Cessna 172. The club has had one for 30 years and has been very happy with it.

“We had some very wide-ranging philosophical discussions where we talked about all the potential options,” Ross said. “What it ultimately came down to is, in a two-aircraft club, do we want two aircraft that are significantly different from each other?”

The club considered the possibility of having a high wing and a low wing and whether that creates safety concerns with members going between the two. They asked themselves do they want something that's high performance that would be great for cross countries, and would members fly enough to remain current and safe in a plane like that?

Ultimately, the club chose to focus on getting another 172 or a 177 Cardinal, unless something became available significantly under their budget. They looked at a Cherokee at College Park that was in the club’s price range, but the owner decided not to sell. They landed on a Cessna Cardinal that was based at nearby Martin State. 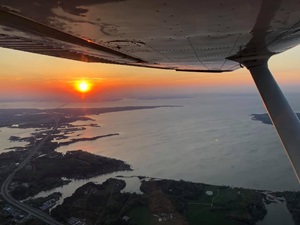 The Cardinal, originally envisioned as the replacement for the 172, offers similarity to their existing aircraft while providing a plane that is a little faster, a little more complex, and a little bit better for cross-country flying, which is a big part of what Free State Flying Club members like to do. (See this month’s Aircraft Spotlight).

Expanding a club can be a lot of work. It’s important for the club to make sure it’s governing documents are set up in such a way that fosters growth. Having conversations to engage the membership about key questions—like the type of aircraft to get or how the finances will work out, is a critical part of getting buy-in from existing members. Having a clear mission and an established process to evaluate candidates and bring them on board will help ensure your club adds the right people to the existing club, allowing it to grow and evolve over time.