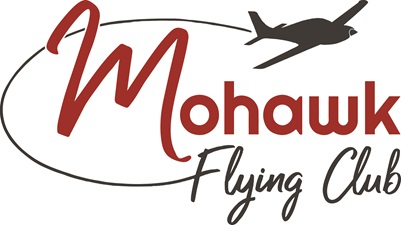 The Mohawk Flying Club has been around for more than 60 years. The club is healthy, generating good revenue with well-established reserve accounts, and its two planes – a Cessna 172 and 182 are well maintained. But the club recognized it had a problem.

“We were seeing our members turn over,” Club Vice President Randy McClary said. “Our aged members were leaving us and we were seeing turn over to aircraft members who were flying. We were turning from a hangar committee to a flying club.”

There were too many flights tightly booked, with each aircraft flying more than three times a day. The club based at Gerald R. Ford International Airport (GRR) in Grand Rapids, Michigan had about two dozen members and the two Cessnas. Flight hours climbed from 180 hours a year to 250 hours a year.

“That led us to this problem of what do we do?” Randy said. “We can raise our rates and slow the membership problem down that way, or we can see what we can do to acquire a third aircraft.”

The club formed a committee and surveyed its members to examine their options. Their extensive research took six to 12 months and led to a clear choice – get a third aircraft, in this case a Cirrus SR20 [See this month’s Aircraft Spotlight]. The process gave all club members an opportunity to participate, generated more camaraderie and led to an increase in new members, even before the plane was acquired.

The first thing the club did was ask for volunteers to serve on a committee to evaluate the club’s mission and what members wanted. Everyone in club leadership volunteered along with two general members, including Lewis Butler.

The group met once a week to do detailed modeling on everything from maintenance and overhaul costs to insurance and finances. They surveyed their own members to understand how people were using the aircraft now and what they wanted in the future, and they reached out to other flying clubs that have a Cirrus in their fleet to learn from their experience.

“There’s a lot of legwork that needs to get done on these committees before you can come to a membership meeting where you say, ‘we understand the cost of buying an aircraft,’” Randy said. “The membership is very intelligent, they’re going to ask you very good questions.” The questionnaires were short – one was 10 questions, the other 9 questions, which may be why the response rate was high with 21 out of the club’s 22 members participating.

“We had a pretty high level of engagement throughout the whole process,” Lewis said. “I think it was helpful when we made our final recommendation. Everyone had a chance to participate in this process and we had unanimous consent and buy in when we made the recommendation to get the plane.”

The first survey focused on the missions of the current planes in Mohawk’s fleet, and was about what kind of club they are. The second survey asked, if they were to buy another plane, what are the most important characteristics.

As part of the surveys they created a word map to help guide the committee on what to focus on – the answers included things like load, speed, and autopilot. They asked members if the club were to spend money, how would they like it spent. “They were going for panel then performance,” Randy said. 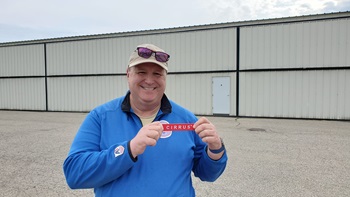 That narrowed the choices to the SR20, the Columbia 300, and Diamond DA-40, as well as a few others. Low production numbers took some aircraft out of consideration because the club wanted something with a good parts pipeline.

Considering those options led to looking for a Cirrus SR20 G2. As part of the conversations with the clubs that have a Cirrus, Mohawk knew they wanted to get a digital autopilot over the S-Tecs that came with the planes initially.

They also wanted a plane equipped with a GTN650 since they have that in the Cessnas and are familiar with it, as well as a 406 ELT, which works better in Canada over the standard 121.5 ELT. The last criteria was a mid-time engine/chute repack.

Next was looking at finances, which “turned out to be the longest, most enduring process for us,” Randy said. The club decided to create a plane savings account, something separate from the engine reserves and monthly cash flow they need to operate. The goal was to have enough for a 20 percent down payment in the bank, or a total of $40,000 based on a $200,000 acquisition cost. They also budgeted $8,000 to $10,000 for inspections, travel and other costs that may be incurred during the search. They expected they would look at several planes before finding the one to buy, which didn’t turn out to be the case.

The club had contacted a few brokers and was in the process of choosing one when they learned of an SR20 being auctioned by Purdue University. They went to look at the plane and learned they had six or eight aircraft that they were planning on selling. The club lost the bid for the plane that was put up on auction but talked with the university about directly purchasing one of the other planes, which is what they did.

One of the things that the club didn’t plan on was the lag time between putting the Cirrus on the line and when the revenue would begin to come in. Mohawk acquired the plane in early April and flew the plane all month. They bill members in May for the flying done in April, with the money coming in at the end of the month. That means there are about two months’ worth of expenses – hangar, fuel, insurance – that need to be paid before any money comes in.

“You’re going to have 60 days of flying and no income,” Randy said. “We’re putting money into this aircraft, but there is no income yet even though we’re flying. If we would have thought better, we would have put two months-worth of money in the bank just to carry through those first couple of months.”

Getting an airplane is definitely a long-term commitment, and the Mohawk Flying Club decided to celebrate their new relationship in a truly innovative way. They created an airplane gift registry.

“Everyone wants to spend money on the new toy,” Lewis said. “We made a gift registry, and wouldn’t you know it, things started flying of the gift registry from guys in the club that are excited about the plane. It was a good way to finance some good little upgrades and it was fun to do.” Some of the items on the list include smaller things like a step stool, chocks, pitot covers, and a multipoint fuel sampler, as well as some higher end items like seat covers and a $1,600 tug. 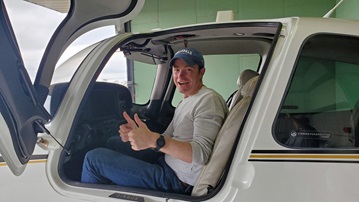 As much as everyone loves buying stuff for the new plane, being able to fly it is a bit higher on the priority list, and that requires transition training. Cirrus has always taken training seriously and offers a series of programs and materials for owners and pilots of its aircraft. The Embark program is designed specifically for new owners of pre-owned Cirrus aircraft. The complimentary program is designed for the individual owner or designated pilot of the aircraft.

“Even though you are buying it used, you can qualify as an owner, which will get you a Cirrus Standardized Instructor Pilot (CSIP) and get you transition training on Cirrus’s budget, you don’t have to pay for it,” Randy said.

The only problem is that it is set up for an individual, not an entire club. Mohawk was committed to making sure its members received the necessary training to fly the SR20 safely. They spoke directly with Cirrus “about the idea that a lot of their planes that were built in the 2000s are now coming into the market and are going to get snatched up by clubs and they need to have a process for getting those clubs into their aircraft safely,” Randy said.

The club leadership worked with Cirrus to create a process to get club members CSIP training. After months of discussions, the solution was to send a club CFI to get the complimentary transition training, and then the club would pay to get him fully CSIP trained at one of the Cirrus Regional Centers. Then as a fully trained CSIP, he would train club members in the aircraft using the Cirrus Approach.com training, and any other training Cirrus felt was necessary. Cirrus agreed, making Mohawk the first club to try this approach.

The club’s CFI, Randy Heldt, spent most of April getting trained and qualified as a CSIP. So far, Randy has trained 5 other club members in the SR20, including Randy McClary and Lewis Butler. There are two other members who are commercial pilots and were already checked out in a Cirrus. Out of the 32 members in the club, eight are checked out in the plane as of publication.

Based on the surveys, the club expects about 15 to 18 members to get CSIP trained. Randy Heldt has been holding a ground school every other week with a few members at a time to help defray the costs and then works with their schedule to get the flight time in the following week or two. 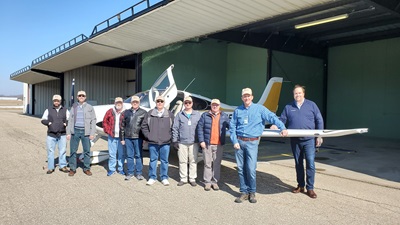 As part of the research process, Mohawk talked to six or seven different clubs in several states that had a Cirrus. “They all said the same thing, which we couldn’t believe,” Randy said. “Membership will become a problem because so many people will join the club. It turns out to be very true.”

They noticed an increased interest in the club once conversations about getting a Cirrus began. The club has grown from about 24 members before they started talking about adding an SR20 to 32 members today. “We’re getting two to four members a month asking to join,” Randy said. “If you think you’re sort of a steady state club and would like to grow your membership, add a Cirrus and you’ll grow.”

The Mohawk Flying Club spent the time to engage all of its club members in the search for a new plane by using surveys and having the search committee to a lot of modeling into finances, maintenance, performance, and other key ownership measures.

Lewis encourages other clubs that are thinking about adding another plane to its fleet to go through a similar process. “I think we learned the most by talking to people, whether it be brokers or other clubs,” he said. “I think the process of doing that is healthy and fun, and even if you’re not going to buy a plane at the end of the day, our process indicated we should and we had an off ramp if it’s not right for us. Go through the process. It’s something new and you’re guaranteed to learn something.”

Randy acknowledged there is more work up front, but the result is a greater benefit than they anticipated on the backend. There is a different level of investment, both in terms of time and money depending on your club needs. “But once you make the commitment. Oh, it’s so much more enjoyable,” Randy said. “It brings back the reason why we fly. It’s so much fun. We’re just really giddy. Here we are flying an SR20. We’re so happy about it, and we want to share it with everybody.