You could say the Tennessee Flyers, which had its first official flight on August 2, is the product of a midlife crisis. “Some people buy a Corvette, I became an airline pilot,” Club Founder and President Tim Lake said. He also became the founder of a flying club.

Tim had been a middle school band director for 14 years and then a high school assistant principal for seven. He had always wanted to fly but could never afford it. At the age of 45 he started taking flying lessons for fun.

“I decided you only live once, so I better do it now or it’s never going to happen,” Tim said. He earned his private pilot’s certificate and IFR rating and his instructor, who was few years older than Tim, said he was going to go to the airlines as soon as he had the hours. 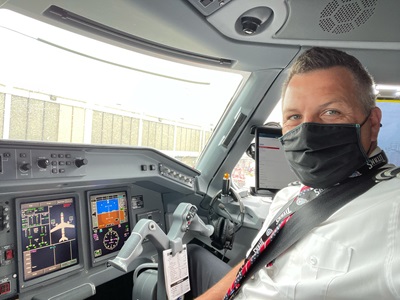 “I remember asking how in the world do you think that somebody's going to want to hire a career changer as an airline pilot in their late 40s?” Tim said. “That just blew my mind that was something you could do.”

His instructor explained how the airline industry had a shortage of pilots, and at the age of 48, Tim got hired by a regional airline. He is now in the process of moving to a major carrier after just three years as a first officer.

Before becoming an airline pilot, Tim bought a Cessna 172. To help make the finances of ownership work out, he leased the plane to a flight school. When the flight school decided they wanted to own their fleet, Tim started thinking about how he could share the expense of the plane, and as a professional pilot, he also wanted to make sure flying would remain fun. The idea of a flying club seemed like a good option.

“I'm doing it [creating the club] as somebody that doesn't want to become one of those airline pilots that hasn't flown GA in 20 years,” Tim said. “I don't want flying to be 100 percent just a job. I do enjoy flying for work, but it's not the same as hopping in the airplane with some of your friends or family, or going to Oshkosh, which I just did for the first time. I took my son and one of the club members. We spent three days and had a blast.” 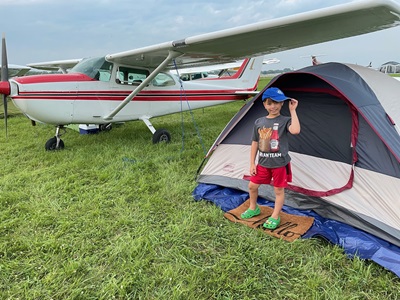 The Tennessee Flyers is a non-equity club based at Murfreesboro Municipal Airport (MBT) in Murfreesboro, Tennessee. The club has a $700 non-refundable buy-in and $150 monthly dues. The hourly rate for the IFR-equipped 172 is $50 Tach time, dry. The club has seven members and five or six people interested in joining. Membership is capped at 10, so the club should be full capacity fairly soon.

Tim started by looking at the AOPA Flying Club Resources online and worked with Flying Clubs Initiative Manger Drew Myers to learn what to do to create a club. He added the Tennessee Flyers as a club in formation on the AOPA Flying Club Finder, which is where the first two members learned about the club. Both became club officers—one is the vice president and secretary, and the other is the treasurer. The other members found the club through social media.

As an airline pilot who has never lost his GA roots, Tim understands the difference between flying professionally and flying recreationally. With three other club members looking to make the transition from GA to the airlines, Tim’s flying experience and perspective will be helpful.

One of the big differences airline pilots face when they transition back to GA is the sight picture on landing. They are typically flying much larger aircraft with lots of automation – like the computer calling out the altitude every 10 feet as they get close to the runway. “You don't get that in a 172,” Tim said. “So, you have to have a good idea of where your landing gear is in relation to the runway.” 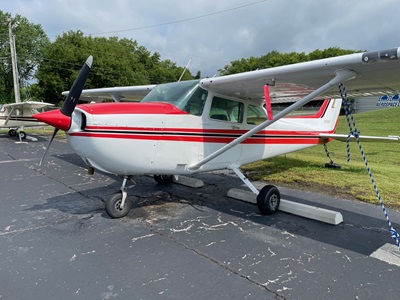 He added that typically, the first few landing attempts an airline pilot makes after being away from GA for a few years are too fast because they tend to leave the power in and flare high, so the landings aren’t nice and smooth. “It's just a completely different methodology and philosophy of how you land an airplane,” Tim said. “It's just two different animals.”

Pete Dawson, an airline pilot and the Safety Officer for the Oxford Flying Club in Connecticut, agrees with Tim [See this month’s Event Spotlight]. “The worlds are light years apart. What I do on a 737 compared to what I do in a club is completely different,” Pete said. “But they have a very unique middle ground—that is the big picture of what to do in certain scenarios and how to keep yourself safe and out of trouble.”

One of the things that professional pilots, and airline pilots in particular, are good at is Crew Resource Management (CRM). Successful CRM includes effective communication. Although GA pilots often fly single-pilot, clubs members need to be able to communicate with each other about the aircraft for things like scheduling, following procedures to leave the plane ready for the next member to fly, and to stay on top of squawks. Tim believes his CRM training will be useful in establishing open lines of communications among members of the Tennessee Flyers.

“I think there will be a lot of CRM going on within the club,” Tim said. “Not necessarily guys flying together, but making sure we communicate well about any maintenance issues that might be there. I think people will definitely be talking to each other and those that are more experienced will be sharing their knowledge with those with less experience.” 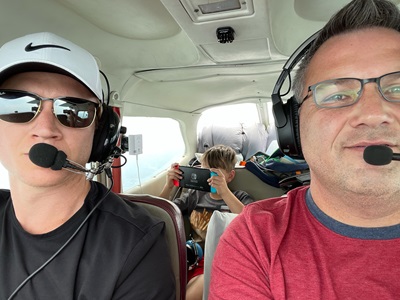 In fact, that is part of the club’s mission statement:

“The club will provide a comfortable, collegial flying environment for interested pilots, promoting safe habits and open dialogue for the free exchange of experience and knowledge. Open communication will promote safe operations and a culture of mutual respect, shared interest, and accommodation among members.”

Pete echoed that sentiment, saying airline pilots bring years of experience to a flying club that can be shared with newer pilots. “Flying clubs are great initiators of hangar talk,” he said. “When mistakes and lessons are shared over hangar coffee, it’s something a professional pilot can probably relate to. Now the conversation can hopefully end up encouraging the 500-hour pilot to make safer decisions, like a professional would, through experiences and some details learned along the way.”

For example, “weather is definitely something that airline pilots are very good at,” Tim said. “It's not out of the ordinary for a captain to look at the route that's been filed by the dispatcher, look at the weather systems along the route and call the dispatcher to consider a route that might be better.”

It’s sharing that type of experience in a club environment that helps all the members learn and become safer pilots. Professional pilots bring to a club their knowledge and good habits that have been developed by honing their craft on a daily basis.

As the Tennessee Flyers develops as a club, it has the advantage of being led by a professional pilot who is committed to sharing his knowledge and creating an environment that keeps flying safe and fun. As the other members build their hours and move on to the airlines, they too will be able to contribute the lessons they will learn as professional pilots. By doing so they will help fulfill the club’s mission “to promote safe, enjoyable flying,” as well as to “promote the joy and excitement of flying by being respectable ambassadors to the aviation community, and to the Middle Tennessee community as a whole.”

For more thoughts on airline pilots transitioning to GA, see this month’s Question of the Month: How Do I Get Back into General Aviation After a Career in the Airlines?