A Club Comes to Life at a Museum 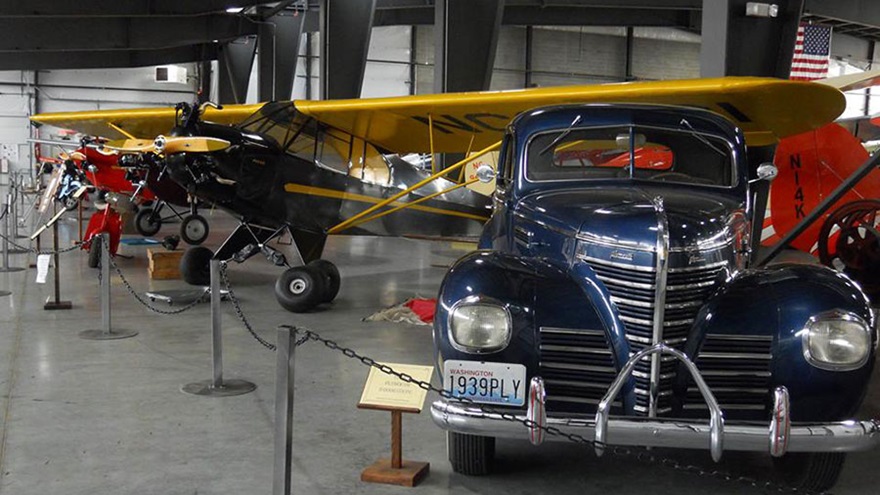 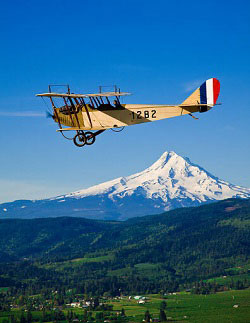 At first blush, the WAAAM Volunteer Flying Association (WVFA) seems like most small clubs. There are 11 members and one airplane. But beyond that, it is unlike any club in the country.

To understand the club, a good place to start is by unraveling the name. WAAAM is the Western Antique Aeroplane and Automobile Museum located in Hood River, Oregon, which is about 65 miles east of Portland, along the Columbia River.

It is the creation of Terry Brandt, who has spent a lifetime flying – his parents owned an FBO in California and he learned to fly when he was 12. He bought his first airplane, a J-3 Cub, when he was 19, and spent the next 50 years collecting more flying machines.

Terry founded the museum to house his collection and it has continued to grow from 42 airplanes when WAAAM opened in 2007 to more than 125 today. It has also grown to include more than 150 cars, 30 motorcycles, 18 military vehicles, and a number of tractors – all from the early part of the 20th century. 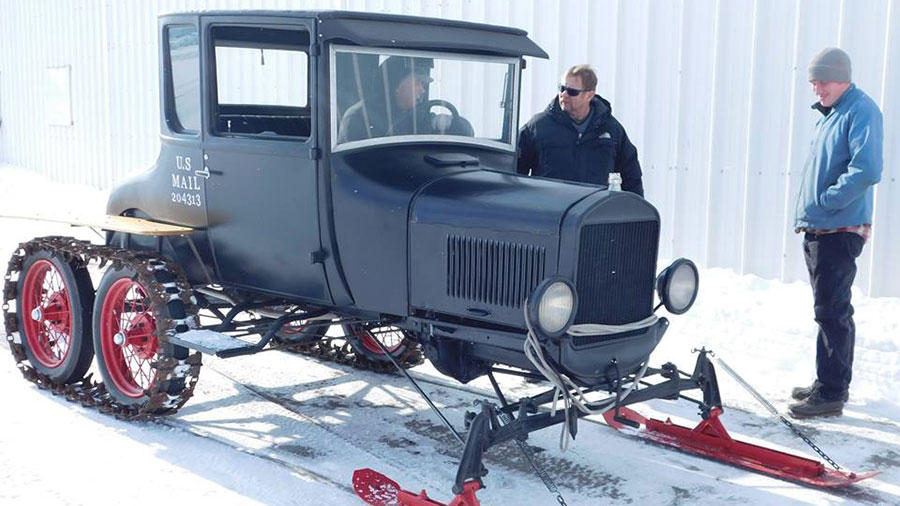 “The [aviation] collection ranges from 1910 more or less,” museum volunteer and flying club member Ken Olsson said. “There’s a Curtiss Pusher that has been reworked several times over the years, we have a 1917 Curtiss Jenny that is probably as original as any Jenny you’ll see in the world. The youngest powered airplane in the collection is a 1957 Beech Super 18.”

They also have 14 gliders, including several very rare WWII training gliders. As for the non-flying vehicles, there’s a 1926 Model T with skis on the front and a tandem rear drive axle with tracks on the back that resembles the mailman’s truck in the 1970 children’s Christmas special, Santa Claus is Coming to Town. The museum also has a 1912 Indian Model D motorcycle on loan, a 1933 Harley-Davidson, and a 1910 Aultman & Taylor Steam Tractor that is still driven in the annual Independence Day Parade. 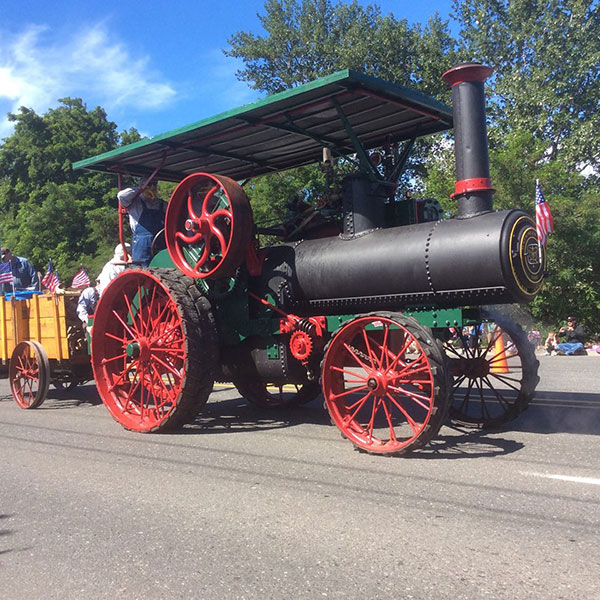 WAAAM prides itself on being a repository of living history. Nearly all of it’s hundreds of airplanes, cars, motorcycles, military vehicles and tractors are operational.

“Every second Saturday is our open house,” Mark Stanfield, museum volunteer and club CFI, said. “The Car Guys get the cars out and give rides in Model Ts and the pilots get the planes out and fly them.”

Typically about a dozen aircraft are kept in annual and flying each year. Many are WWII liaison aircraft, such as a Taylorcraft L-2, an Aeronca L-3, a Piper L-4, a Stinson L-5, and an Interstate L-6.

The museum has about 10 volunteer pilots, ranging in age from the late 30s/early 40s to their oldest pilot who is in his 80s. But the path to the cockpit of a WAAAM aircraft isn’t a quick one.

“We have guys who walk through the door with tons of experience who say I can fly your plane,” Jay Bell, the museum restoration director, said. “We’ll say great, push a broom for two years, get to know everybody, become trustful, put in your time and then we’ll start letting you fly our planes. There are a lot of people who have done a lot of hard work, either restorations or airing up tires or helping with annuals.”

“Flying one of these airplanes is something of a reward,” Ken said. “Running the museum is the most important thing. The museum will be here if not another airplane in the building flies.” 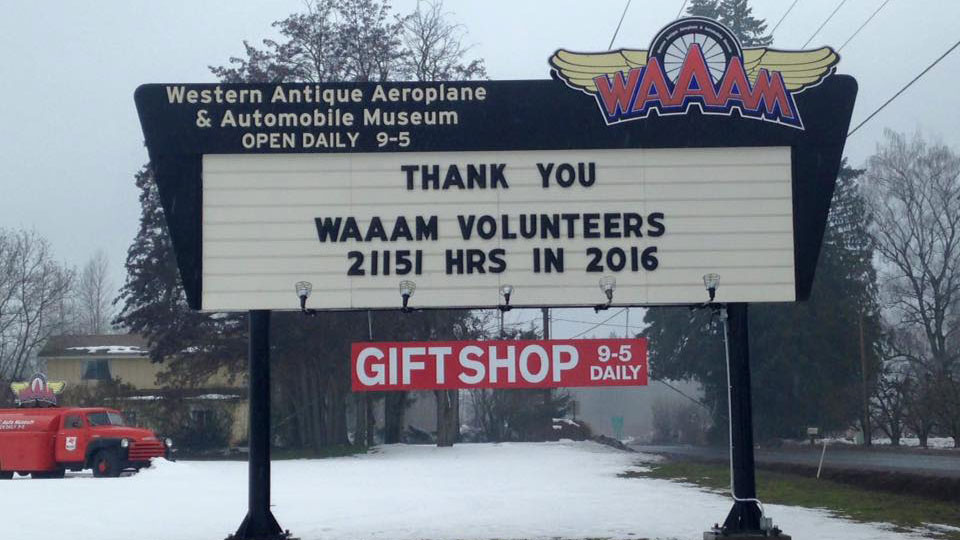 What makes it all work at the museum are the four full-time employees and the 131 volunteers who put in 21,000 hours of their time last year.

But WAAAM is doing more than preserving the machines. It is now preserving pilots with the help of its volunteers, and a flying club.

The Idea for the Club

The genesis of the club was two-fold – volunteers wanted to know what it would take to get qualified to fly in one of the museum L-birds, and the museum recognized there are fewer and fewer pilots with tailwheel experience that can fly the vintage planes that make up most of its collection.

“The key is having access to an airplane that you could go out and fly,” Ken said. “Taildraggers, as you know, are not readily available for rentals.”

Museum Director Judy Newman nudged Mark to get a meeting together and on the last day of the 2014 Hood River Fly-In, an annual event that WAAAM hosts each fall, the WAAAM Volunteers Flying Association (WVFA) was born.

Although, the club is completely independent and not part of the museum, in June 2015, WAAAM transferred ownership of a Piper Pacer it had in its collection to the club. See this month's Aircraft Spotlight.

The club’s mission is to fly history and membership is simple. First, to belong to the club, you must be a WAAAM member, which costs $60 a year for an individual, and volunteer at least one hour a year at the museum.

WVFA is doing that by attracting new volunteers, training new pilots to fly the museum aircraft, and by growing the pilot population. Rick Kemper, Charles Rice, and Bud Musser were all rusty pilots who hadn’t flown regularly in years until joining the club. And Jay Bell, the museum’s restoration director, is working on earning his private pilot’s certificate by doing his primary training in the club’s Pacer.

Several Members Shake Off the Rust

Rick learned to fly in 1976 in Taylorcraft and Aeronca Champs. He got married, had been in other flying clubs, but he wasn’t flying any longer.

“For all intents and purposes, I had given up on flying,” Rick said. “I had been off for probably 16 years until I came up here and discovered WAAAM and the flying club. So, it’s been kind of a rebirth for me.”

That was in 2015 when Rick attended WAAAM’s annual Fly-In and met Dayle Harris, a museum volunteer and member of the flying club. “I went out and looked at the Pacer,” Rick said. “I crawled in it and I signed up right away. If it had been a Tri-Pacer, I don’t think I would have been in. It’s really a cool, vintage airplane. That’s what drew me. I’m excited about this little airplane.” 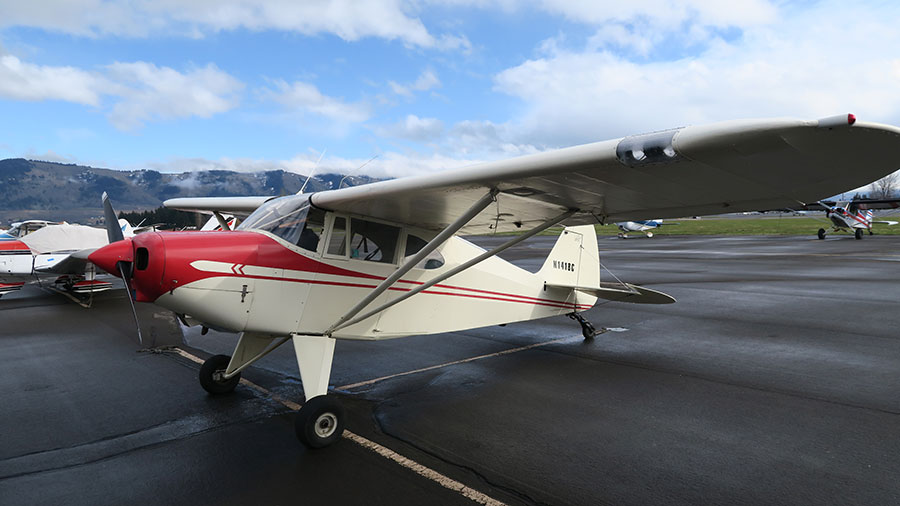 Charles is the newest member of the club and his story is similar to Rick’s. “Four months ago I went to a Rusty Pilots seminar and then at the end of November I did my first BFR in 13 years,” Charles said. “I looked on the AOPA web site for local flying clubs and found this one.”

Bud Musser spent 41 years flying for the airlines and retired as a 777 captain, but he hadn’t flown in four or five years. And he hadn’t flown a taildragger since 1972. Today he is the club president, and the first WVFA member to graduate from the club’s Pacer to flying WAAAM’s L-birds. He joined Mark as the only two club members who also fly for the museum.

“When I came out here I was really interested in helping Jay do the restorations,” Bud said.  But flying the Pacer piqued his interest. “It’s quite a bit of a handful the first time. But it all came back,” Bud said. “This airplane, if you can fly it, if you can fly a taildragger, it enhances your flying abilities.”

And that’s one of the goals the museum was hoping to achieve by having its members start a club. “A big reason the museum has been a huge supporter of the flying club, by giving us the Piper Pacer, was not necessarily just to have people train, but to have an avenue where people could stay current without the museum aircraft,” Jay said.

The WAAAM Volunteers Flying Association is a club that offers pilots an opportunity to experience flying from a bygone era. Its Piper Pacer is returning rusty pilots to the cockpit and training new ones. But it also is encouraging people to be involved in the museum. It’s a tool to keep the museum pilots current and create a path for a volunteer to go from sweeping the hangar to soaring through the skies.

Rick became part of the flying club because he wanted to get taildragger time, and that brought him to WAAAM and being involved in the museum. 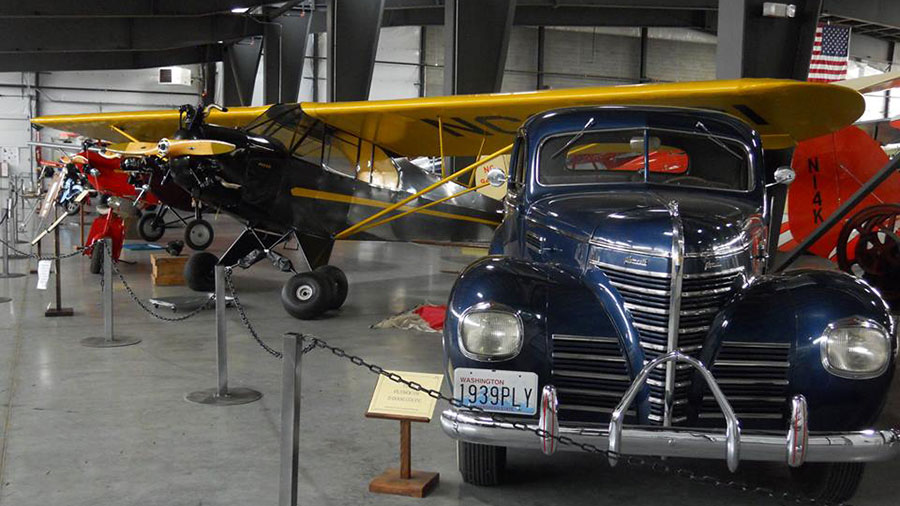 And that is why if you join the WAAAM Volunteer Flying Association, you’ll not only be flying a vintage airplane, you’ll be flying history as well.