For any organization to maintain success over a long period time, it is critical to develop talent and groom future leaders. Building a deep bench ensures there are people ready to step up when the opportunity arises. 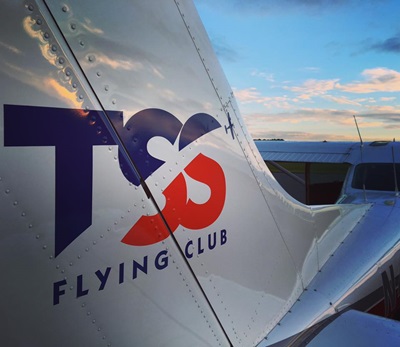 The TSS Flying Club based at Montgomery County Airpark (KGAI) in Gaithersburg, Maryland has effectively developed a culture and system that encourages members to get involved. By creating a number of volunteer positions, members can make significant contributions to club operations while gaining experience that prepares them to become future officers.

The club was formed in 1957. At the time, most of its members were from Takoma Park and Silver Spring – Maryland towns just across the border from Washington, DC. Over the years the club’s name simply became TSS. Today it has 70 members, a waiting list with about 20 names, and five airplanes—an RV-12, two 180-hp Cessna 172s, a Cessna 182, and a 182RG.

Establishing a Leadership Culture from the Start

The process of developing future club officers begins as soon as someone starts the process of joining the club. “We set the expectation with prospective members that active involvement is expected and discuss how they want to specifically contribute,” said former Club President Andrew Flank, who currently serves on the Membership Committee. “More often than not, pilots are willing to help—they just don’t know how.”

Current Club President Guy Federico added, “We emphasize that we’re all volunteers and there will be opportunities all along the line for them to participate in the club, and maybe someday become part of the leadership team.”

The formal leadership team includes a board made up of eight elected officers – President, Vice-President, Treasurer, Secretary, Safety Officer, Maintenance Officer, an At-Large Board Member, and the Past President.  Members don’t vote for specific Board positions. Once a year, elections are held in which eight members are chosen to serve on the Board.  Then the Board Members chose who will fill the specific positions.

In addition to the elected positions, TSS has a number of positions that provide members opportunities to utilize their skills and serve the club.  Some are common, such as member who keeps the GPS databases current. But how many clubs have a Tire King?

The Tire King is responsible for checking the tire pressure on all the aircraft once a month. Although the pilot is always responsible for checking the tires on preflight, TSS found it was useful to have someone go around with a compressor and make sure all the tires are inflated properly. “It’s a little thing but the wrong pressure wears them out quicker and adds to the club’s cost,” Guy said.

Another job is the Key Captain. This is the person who makes sure all the new members get keys to the airplanes. The Key Captain also collects keys from members when they leave and has new keys made as necessary.

“The yeoman’s work in this club is done by the five plane captains and the five assistant plane captains,” said Guy. “That is a program that has been working beautifully for the whole history of the club.”

These two-member teams are responsible for overseeing the safe operation of a single aircraft. They handle any squawks that come up and work with the maintenance shop to get them resolved.

There also are four Hangar Dukes or Hangar Czars—chose whatever medieval title you prefer. These members make sure each hangar is well stocked with oil and supplies like rags, spray bottles, and other cleaning products to wipe the bugs off and keep the aircraft clean and tidy. The club also keeps headsets in the hangar in case a member is flying with passengers and needs an extra set.

There are members who are responsible for organizing the plane washes, serving as the grill master, or managing food for meetings. In addition, there are standing and ad hoc committees, typically made up of four to six members, that oversee things like membership, future fleet/aircraft acquisition, or on the rare occasion, disciplinary action. 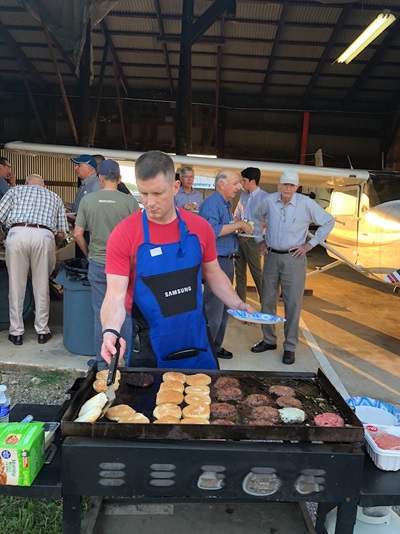 With all these positions, how do you get members to agree to take on the responsibility of serving?

“I find it always helps to approach people instead of putting out a general volunteer request,” Guy said. “If you ask people directly, it makes them feel needed. If you put out a general request, sometimes you hear crickets.”

It helps to know your members and what their interests and strengths are. If you need help with the website or social media, ask a member who is tech savvy if they’d be willing to lend a hand. “I’ll reach out and ask, ‘Do you have time to be a part of this?’ Guy said. “Most of the time I get a really positive response.”

Once you’ve successfully found someone to take on a club position, it’s important to give them the tools to succeed. That’s where mentorship comes in. On the Board it is built in with one of the eight positions being the immediate past president. 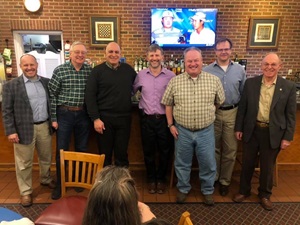 Another benefit of how TSS elects its officers is often times the At-Large Board Member is new to the board.  They generally spend their time learning more about club operations, taking on leadership positions, and working with more experienced officers.

For example, “the Treasurer position is an important one and very difficult to jump into,” Guy said. “If someone is interested in that position, they usually come on the board for a year and get mentored by the treasurer to take that position over.”

The monthly meetings are technically Board Meetings that are open to all members.  In that way, any member can see how the board works. “That’s probably the best mentorship we have is by having all of our meetings open,” Guy said. “Anyone can come in and watch how we make decisions.”

The only closed meetings are the budget, where the board will develop something and then present it to the membership, and any disciplinary actions if necessary.

For the past 65 years, TSS Flying Club has operated a club that provides safe, well-maintained aircraft for its members. Its continued success can be attributed to developing members into leaders from the moment they join. The variety of opportunities—whether small or something with more responsibility—along with mentorship, has produced a bench full of members who are ready and able to step up to officer positions.

“Many clubs put all operational responsibilities on just a small percentage of board members. That fuels a situation where average members are concerned about the amount of time and energy required to be involved in a formal board position,” Andrew said. “By getting more members involved and taking ownership of different responsibilities, clubs can make the transition to board leadership an easier and less intimidating jump.”