The camaraderie of a flying club is one of the things that attracts members—both flying members and social members. There are many events and activities that can engage all members, whether they fly or not.

Social members often fall into two categories—pilots who are no longer flying, and people who love aviation and like being part of the aviation community. These are people who tend to be very engaged and can provide the spark to plan and execute club events. Remember, social members do not join a club to have access to aircraft—they are there for the community and camaraderie. So, take full advantage of their enthusiasm!

There are a number of events that clubs do on a regular basis that are easy to organize, and build camaraderie, teamwork, and a sense of ownership and pride in the aircraft and the club. 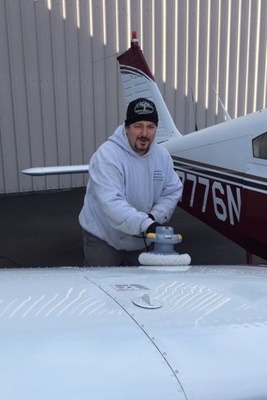 This is a simple way to have members of any age or ability work together on a project, and it is family friendly—so don’t forget to encourage the kids to come and help. It’s a great way for pilots who are no longer flying to be around the aircraft and maintain a hands-on connection to their passion. It’s also a good way to introduce social members who aren’t pilots how to safely be around aircraft. Plane washes can be done either a couple of times a year or more regularly, depending on how many aircraft your club has and just how pretty you like your plane.

A plane wash can also be a good learning opportunity for all members to get a closer look at the aircraft. Members who are pilots can explain the different parts and what they do—such as flaps, ailerons, etc., to social members who don’t have flying experience.

Monthly meetings are important to discuss the operations and business aspects of a flying club, and they are also a regular opportunity to host talks. Social members could give a presentation about an aspect of aviation history, an event, or aircraft that they are interested in. Most pilots love to learn about specific aircraft, whether it’s a warbird or an iconic airliner like the 747 or Concorde. There are an endless number of interesting subjects that would be of interest to both pilots and non-pilots, and you don’t have to be a flying member to get up and talk about something you know.

You can also have flying focused talks—just because a social member may not be actively flying, doesn’t mean they don’t want to hear about another member’s trip. Let’s be honest, everyone loves a good story about a flying adventure. Something that often gets overlooked is many of your members are likely to have interesting aviation backgrounds. Whether they flew in the military or as a corporate pilot, everybody has a story that other members will enjoy hearing and often they can learn something, too. It’s a way to pass on the collective wisdom of the club, while giving members an opportunity to get to know each other better.

Other easy way to host events to engage social and flying members could include the $100 hamburger fly-out, or a visit to an aviation museum. Social members could fill seats in club aircraft on these fly-outs. The Wingnuts, based in Richmond, Virginia, has a fly-out every other month.

“What we’ve been doing is a passport stamp round robin – six or seven airports in a day,” Roger said. “We fill up all three planes, fly to seven different airports, have lunch, and get a stamp in your passport. That’s generated a lot of activity.”

For more information on the Virginia passport program follow this link.  Many other states have similar programs, often run by the Aeronautics Department or perhaps the Airport Managers' Association.  If your state doesn’t have such a program, have a word with the Director of the Aviation Department to help get one started. 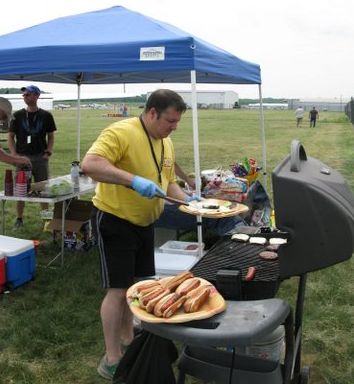 In terms of food, there’s no need to fly anywhere—just open the hangar, fire up the grill and have a BBQ. It’s a good way to spend time with members and can include families or your airport community as a whole. The Wingnuts just started having monthly BBQs on the third Saturday of each month, which they also use as new member orientation. It’s a casual way to meet fellow members, and to walk around the aircraft or sit in the cockpit to get familiar with the panel.

Another family-friendly idea that is perfect for all members is to host a movie night. You can either set up a screen or project the movie on the side of the hangar. There are a lot of great aviation movies and it’s a fun way to spend time together. In colder months, a club Happy Hour could be a nice way to enjoy each other’s company in a non-aviation setting. 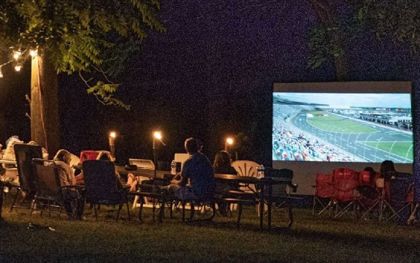 Knowing a member’s background and skill set could prove useful to the club. For instance, if a social member has a background in web design, consider having them serve the club in a way that utilizes their talents. It will benefit the club, and it’s a way for the social member to contribute in a meaningful way.

Flying clubs are volunteer organizations and finding good people who are willing to dedicate their time and efforts to running the club is important. Having social members increases your odds of attracting people with the talent you need to effectively run the club.

These are just a few ideas of events that can engage both social members as well as flying members. Being part of a club is social, it is educational, and it can include more than just your flying members.

See this month’s Question of the Month for an detailed look at social memberships, and the benefits to individuals and the club.