The social aspect and camaraderie that comes with being part of a flying club is what differentiates a club from just a group of people co-owning an airplane. Many clubs are formed as non-profit corporations with 501(c)(7) tax exemption status, which is defined by the IRS as a social or recreational club. So, it stands to reason that flying clubs would have social members.

The Wingnuts Flying Club based at Richmond Executive Chesterfield County Airport is one such club. It believes in the value of social members. “They have a lot to offer,” Club President Roger Scott said. “They are just very giving to the club. They are some of the most active members, even more so than some flying members.” 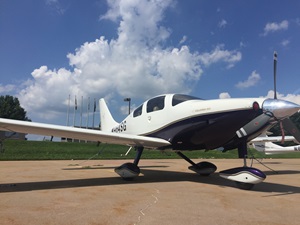 The Wingnuts fleet includes a Cessna 172S, a Diamond DA-40, and a Cessna Columbia 350. The club has 48 flying members and 10 social members.

Flying members purchase a $1,500 share to join the club and pay $194 a month in dues. That gives members access to fly any of the club’s three aircraft.

To be a social member costs $25 per year. These members are included in all of the club’s activities and events.  Roger said there are three types of people that become social members—pilots who are no longer flying, aviation enthusiasts who just love aviation, and members’ partners. 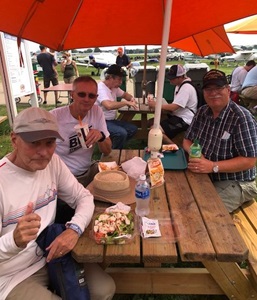 Many of the social members are older pilots that are no longer flying but still want to be involved in the club. Having a social membership option provides these pilots an opportunity to stay in the club and mentor younger pilots, passing on the knowledge they have gained over years of flying.

“Many are very experienced pilots. When I was a new member, it was really good to sit with these [older] guys and pick their brains and share experiences,” Roger said. “When you get up there and start flying and experience things you’ve never experienced before, you can talk to them about it.”

Social membership isn’t just for older pilots that are no longer flying. It can be a way to keep younger pilots and student pilots connected to a club and engaged in its activities, even if they aren’t actively flying in the club. 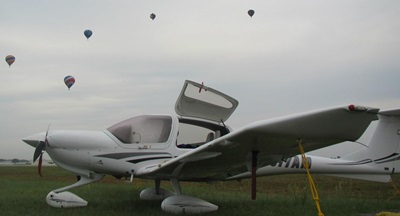 Joe Scalera has been a member of the club since 2013 shortly after he earned his pilot’s license. He recently sold his share because he isn’t flying much anymore, but he is staying on as a social member. “I have two little kids and I don’t have the time to devote to flying and be proficient enough to stay safe,” Joe said. “There is no sense in spending around $200 a month to not fly.”

Besides participating in club activities, there may be an even more important reason to offer social memberships—it’s a way to keep the aviation flame burning. 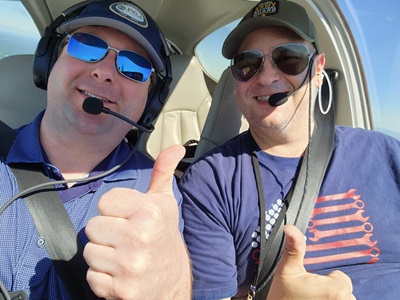 Joe started his instrument flight training, and he intends to complete the rating at some point. “By staying a social member will remind me that it’s something I want to do,” he said. When his kids get a little older and he has more free time, he plans to jump back in and rejoin the club as a flying member. In the meantime, “If I can take advantage of a shared flight, if I can ride right seat, that would be great.”

Flying clubs are all about community, and having social members is a way to expand the club’s community beyond pilots who are actively flying.

“We are a club. It’s a social entity,” Roger said. “Aviation is our common thread, but the reason people come to the meetings is for social activity and camaraderie. Social members are very important.”