The start of a new year is often when people make resolutions and set goals. Now is the perfect time for flying clubs to hold an annual meeting to do some planning and look at what the organization and the members want to accomplish this year. Or the annual meeting could go in the opposite direction, leave the planning to another meeting and focus on enjoying the company of fellow club members and families. 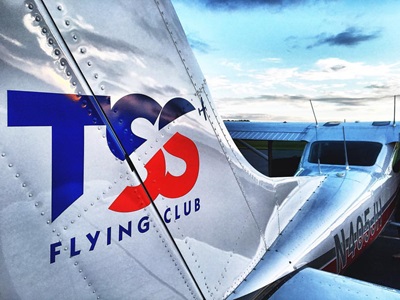 Prior to the pandemic, the TSS Flying Club in Gaithersburg, MD would hold its annual meeting on a Sunday in late February or early March, said Safety Officer Herb Rosenthal. He’s been a member of TSS since the 1970s and has served in a variety of positions over the years, including as president. The annual meeting would take the place of the club’s regular monthly meeting and has two major components—a little business and a lot of fun.

The annual meeting was traditionally held at a restaurant and members were encouraged to bring their families. The business side of things included the annual election of the board, and that’s it. The rest of the time, members would enjoy a good meal and each other’s company.

“It’s very friendly,” Herb said. “We’d have a nice, long happy hour where people could talk with each other and get to know each other a little better.”

The meeting would attract as many as 50 people, including members who didn’t fly too often. Monthly meetings typically have about 25 members in attendance. Some years the club would have a guest speaker at the annual meeting. With the greater attendance, it’s also a good time to present awards to thank members for their service (see this month’s Event Spotlight). Most years, TSS would present the Frank Anoskey award to the member who contributed the most to the club in the prior year. Frank was a member who spent a lot of his time at the airport working on the planes, like doing oil changes or other things to support the club. 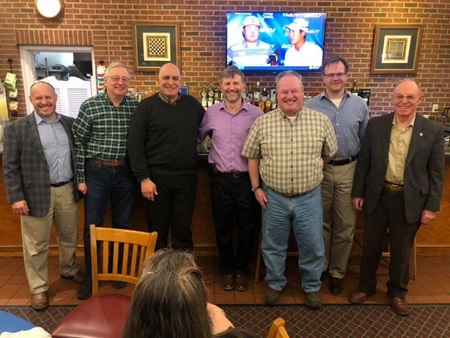 The club would hold elections for the eight board positions at the annual meeting, and then the board chooses who holds the specific positions, “So you’re not running for president, you’re running for the board,” Herb said. This structure was put in place by the club founders in 1958 and “has proven very good,” he said.

While TSS does its operational planning at other meetings, some clubs prefer to make the annual meeting the time to focus on planning for the upcoming year and setting goals. The most successful clubs are often those that take some time to look down the runway and beyond.

An annual meeting might be a good time take on larger strategic issues like reviewing the club bylaws, operating procedures, or mission statement. These topics don’t necessarily have to be looked at each year, but it’s good to review them every few years.

Whether or not the club takes on the larger strategic issues, an annual meeting is a good time to look at the club finances and budget. Do the current dues and hourly rates make sense or do they need to be adjusted? Aircraft usage is another area to review. Are aircraft available, or has the club grown to the point another aircraft is needed? Are the club aircraft meeting the mission? Are there maintenance issues or upgrades that need to be done during the year? If so, when is the best time to do them? 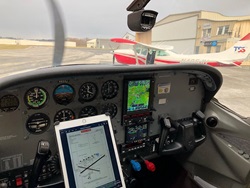 A good club sets goals for both the organization and for individuals. An example is setting standards for safety—a club may set a goal of reducing the number of incidents for each plane, or how many safety or WINGS seminars each member participates in during the year.  There can be goals for the number of hours flown, both for each member, as well as for the total for the aircraft.

Create a calendar of events to schedule things like a plane wash, a club open house or barbeque, or safety seminars and then post it on the club web site or in the club newsletter (or both).  Brainstorm ways to engage the membership through club activities. This is particularly important as we continue to deal with restrictions on the size and type of gatherings that can be held because of the pandemic. Consider guest speakers or seminars that can be presented both in person or remotely, so you are offering ways for members to stay connected and engaged, whether it’s in person or virtual.

Once the hard work is done, one of the most important things to do is effectively communicate the decisions that were made in the annual meeting with the membership. A plan is only as good as it’s execution, so it’s important that members understand any changes and the reasons for them. Whether your club chooses to take some time to review club operations, or simply has a social event to allow members to enjoy each other’s company away from the airport, this time of year is perfect for an annual gathering.