Aviation is a broad topic and there are a lot of good reads, but what if you’ve got a specific interest or skill you want to develop or learn more about? Perhaps you want to get a tailwheel endorsement or maybe transition from round dials to a glass panel. As you might expect, there are some good books written about very specific aspects of aviation.  We’ll take a look at a few of those books on niche topics and the value they can provide a flying club.

A number of clubs around the country have a taildragger in their fleet.  They often provide members with an inexpensive option to fly, as well as serving as a good tool to enhance pilot skills. Most pilots today learn in nosewheel aircraft so getting the feel of the rudder pedals in a taildragger can sometimes be a bit challenging.

“When I first did tailwheel transition training in a Cessna 170, I remember the first one or two flights were a little squirrely,” said Max Trescott, 2008 National CFI of the year and host of the Aviation News Talk Podcast. “I thought, maybe I should read something about this. I got The Compleat Taildgragger Pilot.” (Yes, it is spelled Compleat, not Complete.) 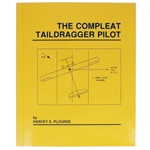 In researching this article, a few others recommend this book written by Harvey Plourde as well. In it he shares what he has learned in his decades as a taildragger pilot and CFI. In the book he covers all the essentials like crosswind landings, taxiing, p-factor and more. It also includes a section for conventional-gear flight instructors.

After reading the book, Max said on his next flight he surprised his instructor with how well he did on takeoffs. “I went from very squirrely takeoffs to instantly really excellent takeoffs,” he said. And it was all because of the book and illustrations showing the rudder pressure required throughout takeoff.

“For me that was kind of a dramatic realization that sometimes you can make a lot of progress faster if you get the right book and start reading it than if you just rely on your instructor to spoon feed it to you,” Max said. “I think the same is true for avionics.”

He should know. Max wrote the G1000 and Perspective Glass Cockpit Handbook which is considered the standard for learning how to use these flight displays. There are many clubs that have G1000-equipped Cessnas or Cirrus SR20s and SR22s with the Garmin Perspective glass cockpit. Without the proper training, a pilot transitioning to glass for the first time could find themselves a bit overwhelmed.

“Here’s the odd irony. We’ve got all this new technology that has given us fabulous kinds of capabilities, but we’ve made our airplanes so much more complex that most people won’t even know a fraction of those capabilities,” Max said. “You go back 25 years before we had GPS’s, you could jump into any airplane with any manufacturer’s VOR receiver, and you would be able to figure it out. Now we have GPS’s. If you don’t know some basic stuff, you’re not going to get past square one. In fact, you’re probably pretty dangerous.”

That’s why the G1000 and Perspective Glass Cockpit Handbook is such a valuable resource to a club that has pilots transitioning from traditional round dials to the G1000 or into a Cirrus.

While it’s common to Google just about anything and find a video, they are typically less specific or take an inordinate amount of time to go through all the details. Not to mention, “it takes forever to go back and find something if you want to look something up, unless you’ve happened to take detailed notes,” Max said. “So, I’m still a huge proponent of books.” Another benefit of having a book is that you can use it as an in-flight reference. Often times a pilot will understand the system but there is one thing they can’t remember or figure out while they are flying. “They go to the index … and can instantly get to that one thing,” Max said. “Frankly I can’t think of any other resources that will let you do that.”

Even though the fifth edition of the G1000 Handbook was published about 10 years ago, it is still considered the standard for learning how to use the flight display. One review from last year wrote, “This is the Bible on the G1000. It covers it all and if you are a transition pilot from conventional gauges you will use this for reference again and again. The best one out there.” 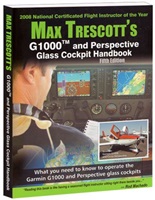 References books, particularly on your club aircraft’s avionics, are an investment that continue to pay dividends. They can be used by members learning a new system for the first time or serve as a refresher for someone that wants to brush up on certain functions and features, and the best part is that the book can be shared by club members, maximizing its benefit.

Max pointed out that with complex avionics it helps to review the handbook at home in between flights. “I think people need to think more than, ‘What did I learn when I was at the airport,’” he said. “It might simply be reading more and reviewing more because there is so much more to learn it’s harder to retain.”

Specialty reference books are not just for advanced avionics. They might be useful in learning to transition to a new type of aircraft. For instance, The Concise Guide to the Diamond DA42 is considered a must read for anyone learning to fly this twin. It’s only offered as a digital book that you can get from the app store. “It’s awesome. I use it as a reference when I’m teaching and I always recommend it,” Max said. “Everyone that I run into that has anything to do with DA42s say, “Oh yeah, I’ve got that book.”

Although most clubs don’t have turbine aircraft in their fleet, you may have members who go on to bigger and more advanced aircraft. One book that addresses flying these types of aircraft that Max recommends is Greg Brown’s The Turbine Pilot’s Flight Manual. He found it helped tremendously in explaining the different systems and start up procedures while he was learning to fly a Cessna Caravan.

Whether your club has a tailwheel aircraft or a plane with advanced avionics like the G1000, there are books that can help members transition. By having these resources available, you’ll have a reference that can be used time and time again by many members to become proficient in flying the club aircraft. Best of all, people that read these types of books at home complete their transition training faster, Max said. That means they spend less money. “I could teach them all the stuff that’s in the books and it’s going to cost them twice as much,” he said. “I’m really satisfied when people accomplish things and move on more quickly. It really is in people’s interest to do more study between flights, especially with avionics.”