AOPA has many tools and resources to help flying clubs—whether you’re getting started or looking to take your club to the next level. One of those tools is AOPA’s Flying Club Finder, where you can let the world know you are open for business and how to get in touch with you. It is a great way to literally put your club on the map.

The New Braunfels Flying Club and the Cloud Dodgers, two newly formed clubs, used the Club Finder to help get off the ground.

Clubs may be listed as either an existing club or a club in formation.  Users may search for clubs using a map of the United States or by looking up a particular state.  You can filter the search by amenities to find clubs with things like a clubhouse, flight instructors available, a simulator, or social programs to name just a few.  You can also search for clubs by specific types of aircraft or flying, such as aerobatic, complex or high-performance aircraft, taildraggers, gliders, float planes, even hot air balloons.

When you list your club, be sure to include the basic information people would want to know—things like what aircraft you operate, rates, buy-ins, and other facts, but, most importantly, list your contact information and website. This makes it easy for prospective members to learn more and contact you.  It also helps clubs search for similar clubs that might be able to lend some guidance and perspective. 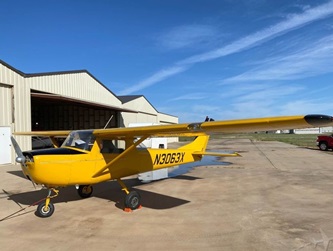 Sean Burque was just looking for an affordable way to fly. But living in New Braunfels, Texas—halfway between Austin and San Antonio—he found it “almost impossible to get a plane around here.”

He talked to some people to see if anyone had an interest in buying a plane and splitting the cost four ways. He found there aren’t a whole lot of people interested in that because they don’t want to take on the risk. So, he then asked if people would be willing to pay a $1,000 buy-in, $150 a month in dues and then pay by the hour to fly. Most folks he talked to were willing to do that.

Sean bought a 1966 Cessna 150 and upgraded the avionics with two G5s, a Garmin 175 GPS, and electronic engine monitoring gauges so it is fully IFR equipped with a glass panel. With guidance from Steve Bateman, Director of the Flying Clubs Initiative, he founded the New Braunfels Flying Club in March and leases the plane to the club. It is based at the New Braunfels Airport (BAZ) and has four members so far. Sean is hoping to grow the club to 10 members.

Among the things he did to get started was use AOPA’s Flying Club Finder to connect with other clubs to learn the ins and outs of running a club.  He searched for clubs in his area to see what was available.  He connected with the Lockhart Flying Club that has a Cessna 150 and 182 based at Lockhart Airport (50R), which is about 20 miles northeast of New Braunfels. 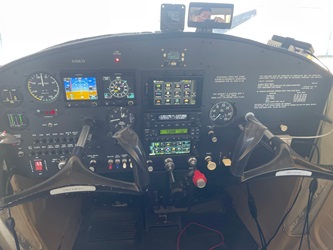 He found another club located at New Braunfels, but his emails weren’t returned. It’s possible the contact information for that club was outdated and they never received Sean’s email. The lesson here is to make sure your Club Finder listing is updated on a regular basis.  Don’t worry, the Flying Clubs team does send reminders, so you won’t forget!

Besides using the Club Finder to locate other clubs, New Braunfels Flying Club has used it as a tool to recruit members.  “Folks have used it to find our club,” Sean said. “The only two ways I know that people have found us is either via Facebook or the AOPA Club Finder.”

Sean also said the Finder helped legitimize the club.  “I’ve noticed that the AOPA Club Finder gives you a lot of credibility,” Sean said. “There are so many scams going on in the pilot community right now like people trying to sell fake parts. A lot of people have told us, ‘We weren’t sure if you were real or not.’” Being listed on the AOPA web site definitely helps solve that problem.

The Cloud Dodgers Flying Club based at Ocala International Airport (OCF) in Florida had a similar experience using the Club Finder even though its beginnings are bit different than the New Braunfels Flying Club.

Chris Helme and John Miller found a good deal on a Cherokee 180, and together they bought the plane and decided to start a club.  Unlike Sean who was new to flying clubs, both Chris and John have previous experience with clubs. 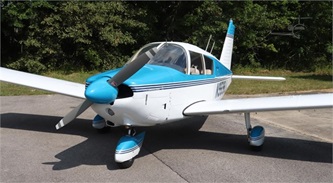 In fact, Chris is the President of the Sun Country Flying Club based at Ocala and John is Vice President.  That club has been around for 35 years, has 14 members and operates a Cessna 172.

“We’ve got a good formula with Sun Country,” Chris said. “The club is very financially sound, it’s been in place for a long time, and we know how to make it work.”

The club spent $35,000 last year to upgrade the 172’s avionics, and it still has $12,000 in the bank. It also has a fully funded engine reserve even though the engine only has 1,300 hours on it.  After buying the Cherokee, which they really enjoyed flying, Chris and John realized Sun Country’s 172 isn’t a true four-person airplane. “If we were going to add anything to that club or form another club that made sense for us, we wanted a true four-place airplane,” Chris said. “That’s the 182.” As a flying club officer, Chris knew about the Club Finder and the other AOPA Flying Club Resources. When he and John decided a 182 would be a better fit for the Cloud Dodgers, he used the Club Finder to look for clubs that had a 182. “I wanted to get their experiences and cost models for a 182,” Chris said. “I tracked down three clubs. One in Connecticut, one in New Hampshire and another one maybe in Arizona. The one that was really helpful was the Flying Yankees in New Hampshire.”

Chris called their treasurer who was listed as the contact on the Club Finder. They spoke and “he sent me a lot of information. They had detailed cost models right down to the penny per month, per member,” Chris said. “It was really well done and was very helpful.” 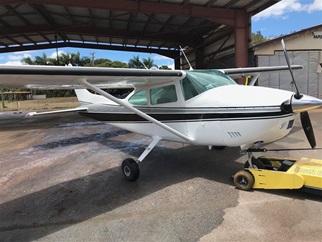 Even though Chris and John had experience running a successful club, they appreciated the willingness of the Flying Yankees to share their detailed financial information related to the 182.

Besides connecting with other clubs, Chris said the Club Finder is a useful tool to help recruit new members.  “It gets your club’s name out there,” he said. “We’ve had a couple members for the Sun County Club come to us from the Club Finder.” It’s a good marketing tool for clubs to make themselves known to prospective members and it’s a good way for clubs to connect club to club. Whether your club is just getting started like the New Braunfels Flying Cub or the Cloud Dodgers, or an existing club looking for information, AOPA’s Flying Club Finder is an important resource. “It is easy to use, and it helps get your membership up,” Chris said. “That’s always a good thing.”

For more information about the Finder, how it works, and how to get your club listed, take a look at this month’s Question of the Month.