Club Spotlight: Keeping it Interesting -Having Subject Matter Experts Present to Your Club

Everyone loves a good story, and pilots are no exception. In fact, many pilots have honed their storytelling skills swapping tales of adventure while sharing a cold beverage around the hangar.

Flying clubs can take advantage of this character trait to engage your membership, encourage participation, and increase aviation knowledge by hosting guest speakers with varied backgrounds. 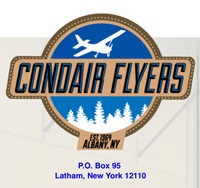 Condair Flyers is based at Albany International Airport (ALB) in New York. The club has 75 members and operates five aircraft—two Cessna 172s, a 182 RG, a Piper Warrior II and a Piper Archer III. It has presentations after the business portion of its meetings each month.  Speakers have included tower controllers, approach supervisors, and local aviation authors.

Besides safety seminars presented by an FAA FAASTeam member, good guest speakers could include representatives from aircraft manufacturers and avionics companies, local A&P mechanics, air traffic controllers, and other aviation industry professionals. Some clubs have had airline recruiters, while another had the local sheriff’s office helicopter pilots share some great stories and videos.

Consider having an AME discuss aeromedical issues, or the National Weather Service do a presentation on all of the products and resources they have for general aviation pilots (see this month’s Resource Spotlight). Don’t overlook the experience of your members or other pilots at the airport – they could be a treasure trove as well.

Perhaps you have veterans who can speak about flying in the military. A few of the old timers at one of the local airports where I fly include a retired Air Force pilot who flew B-47s and then Lockheed Constellations, another flew F-86 Sabres, and a retired Navy pilot flew P-3s searching for submarines and then went on to become a flight engineer with the airlines, flying over the Pacific Ocean using celestial navigation to plot the course. All three have great stories to tell.

If any of your members have taken an interesting trip, ask them to talk about the flight planning and what they experienced. Sharing these tips can both inspire other members to take a journey of their own as well as learn about flying in different regions.

Look around your airport—are there interesting airplanes on the field? Perhaps a warbird, a vintage aircraft, or homebuilt. Ask the owner to talk about their aircraft. The possibilities are endless.

Condair has had Air Traffic Controllers, the tower manager, and local aviation authors speak. Getting a behind the scenes understanding from subject matter experts can be both interesting and educational. Most talks are about an hour including time for questions. 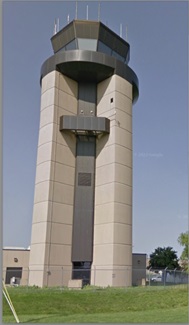 “From my perspective, the visit from ATC was by far the most informative,” Eric said. “They were with us for an hour or so, answering questions and pointing out the common mistakes they see.”

Albany International is a Class C airport with a fair amount of airline traffic.  “I learned things like why we no longer see Land And Hold Short Operations (LAHSO), which lets planes operate on intersecting runways as long as the landing plane can stop before the intersection,” Eric said. “ATC rules require staffing that they don't often have.” They also explained why the runway lights are so hard to see at night. Apparently, the airport energy plan requires the lights be turned down to minimum unless requested, which the tower is happy to do. They also explained why a nearby VOR that is part of the missed approach procedures has been out of service for so long. The VOR was hit by lightning and it's so remote that they have to airlift people and equipment to it to make repairs, Eric said.

Having the opportunity to ask questions and understand what controllers do, gives pilots a better understanding of everyone’s role in the air transportation system—which makes us all better, safer pilots. 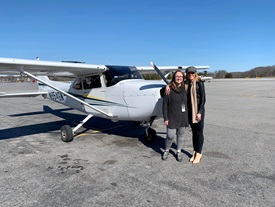 Eric, who is working on becoming a CFI, found another benefit of having subject matter experts come speak before the club. By listening to the questions that members asked, he was able to see where there may be gaps in training or areas that may need greater emphasis. “I took note of some ways to ensure my future students get the instruction they need,” Eric said. “Comms in Class C airspace can be daunting and unintuitive, so I want to make sure that they feel confident and safe when interacting with ATC.”

Besides having technical experts do presentations, Condair had a local author and pilot share some excerpts from his memoir about learning to fly in the area almost 60 years ago.  “KALB was there, but it was surrounded by farmland and dozens of small airports that no longer exist,” Eric said.  “One story that stuck out was that he had to pay extra to rent the portable Motorola navigation receiver for some of his lessons.”   Stories of flying decades ago and what it was like back then, can be nostalgic, informative, and are generally popular with other members. So, when planning monthly club meetings think about the many aviation resources you have in your club and in your area. The possible topics are endless and can help encourage participation in meetings while providing valuable information.

See this month’s Question of the Month for even more ideas for guest speakers and some advice to ensure that they come back another time!