When Todd Sprague bought his 1961 Cessna 172 in October of 2020, he knew he wanted to start a flying club. His reasoning was part practical, part purposeful.

“I couldn't afford it on my own,” Todd said. “But I really did have a bigger purpose of sharing the plane and using it the way we’re currently using it now.”

The prior owner was an organization that had used the plane for Mission Aviation-based youth camps. “When I bought the airplane, with a handshake and a promise I said we'll keep it going,” Todd said. 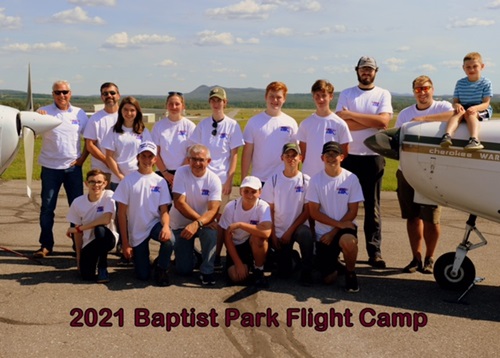 And with that the Northern Maine Flying Club was born with a higher purpose than just providing affordable access to aircraft. “Supporting the Baptist Park Flight Camp is the original reason the club was created, and now the club supports itself and Baptist Park has an airplane to utilize. While also opening aviation opportunities to others in the local community. There hasn’t been a flying club in this area for over 8 years. The club could function without Baptist Park, but my vision of supporting that program was the original driving factor in creating a club.”

The non-equity club, based at Presque Isle International Airport (KPQI), has nine flying members that pay a $2,000 buy-in.  Dues are $100 a month. The club also has 15 social members who pay $100 a year in dues. Members range from pilots with 40 years of experience to those that are just completing their private pilot’s license. There is also a diversity in age, with members in their 20s and 30s. They haven’t had any teenagers join yet, but a few have shown interest and as they continue to participate in the camp, the club is a natural pathway into aviation.

Membership is open to anyone, and all of the members are supportive of the club’s focus and mission on public benefit flying. In addition to the mission aviation flight camp, the club hopes to provide compassion flights for local residents.

Although the club has only been operational since April, they have logged about 130 hours of flight time—and that’s in spite of losing about a month and a half of flying because of some maintenance issues. The goal is to fly approximately 20 to 25 hours each month. 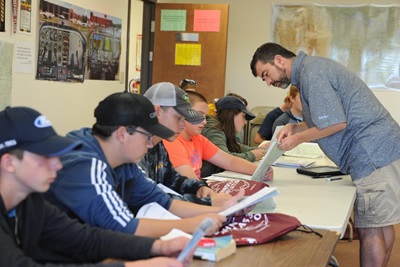 The Baptist Park Flight Camp began in 2008 and uses curriculum developed by an organization called Brigade Air. Its mission is “to inspire young people toward serving in mission and humanitarian aviation through a unique mentoring curriculum and challenging summer camp program.” The curriculum contains Bible lessons integrated with aviation anecdotes, interactive educational programs courtesy of NASA, as well as videos, navigational tools, and educational wall posters.

Mission aviation organizations are always looking for pilots, mechanics, and support personnel to help fly humanitarian supplies, such as food or medicine, as well as missionaries to remote areas. “They could be carrying the gospel or they could be carrying coffee,” Todd said. These camps help educate and inspire young people about aviation and the possibilities that exist within the mission aviation niche. 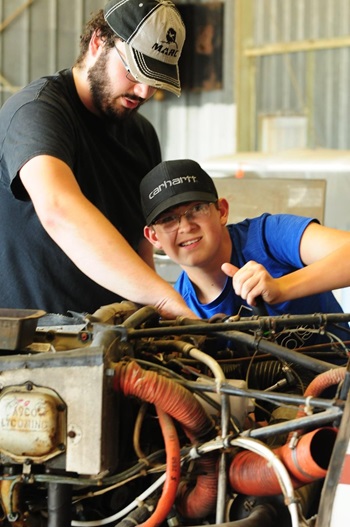 The week-long flight camp was held this past July, and nine campers aged 14 to 18 had the opportunity to learn about a variety of topics such as weather, navigation, aerodynamics and maintenance. There were two planes, two pilots, and two A&P mechanics, so the campers were able to rotate stations throughout the day with different lessons. One of the primary benefits is all campers get to fly every day, weather permitting.

“It's intended to be informative but not flight instruction,” Todd said. “It's to inspire and inform.  It's similar to Young Eagles in that aspect. But the whole goal was to get every camper in the air every day, and we managed to do that except one day when we got rained out.”

That turned out to be a benefit for the club. Since they couldn’t fly, the campers took a bus trip to tour Loring Air Force Base about a half an hour away. The base was home to the B-52 bomber for years before closing in 1994. It has been redeveloped as an industrial park and converted to a civilian airport, however it is as “PVT” for private VFR daytime operations with prior permission and there is no FBO.

During the tour, the base operators mentioned they were planning an event in August called Loring Days and asked the club to help promote it. As part of the event there was a fly-in sponsored by the Maine Aeronautical Association, and the Northern Maine Flying Club became a key contributor. About 25 airplanes flew in, with some camping overnight. The Civil Air Patrol helped put on a pancake breakfast on Sunday.

Although it is an active airport, Todd said it isn’t often used. “I think it's neat that the club has opened some doors to that area,” he said. “They really haven't used the base with an aviation purpose in a number of years.”

The club also hosted a fly-in at Presque Isle in front of their hangar and clubhouse in July. The pancake breakfast attracted about 25 airplanes. There’s a seaplane base just a half mile away and the club advertised that they would provide transportation between the airports and a few float planes flew in there. 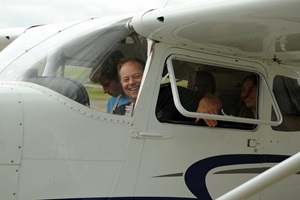 For a club that is only a few months old, the Northern Maine Flying Club is off to a strong start because of its wider purpose and community involvement. By participating in and sponsoring events, they are quickly becoming known in aviation circles in their community. Making a difference in the aviation community is only a small part of the club’s vision. In addition to the focus on encouraging teenagers who are interested in mission aviation opportunities, the club hopes to provide compassion flights for local residents, which will make an even bigger impact on the community