A key element of being in a club is the community – whether it is the community of fellow aviators, the airport community, or the broader local community. Many clubs host fly-ins or participate in airport days to engage the community – and they often feature a pancake breakfast. As much as we know pilots love pancakes and sausage, there are many things that your club can do above and beyond flapjacks and links or patties. 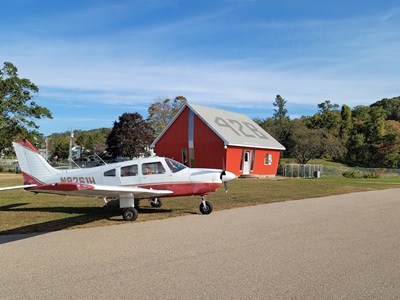 Has your club considered hosting a safety seminar fly-in? How about a spot landing contest for Wings credit? Those are just some of the things the Oxford Flying Club in Connecticut has done to engage its members and be a part of the local aviation community without having to worry if they’re going to run out of syrup.

Culture is important in any club. For the Oxford Flying Club the culture they wanted to instill in members is safety. They do that through frequent events that promote safety, proficiency and camaraderie. The 60-member club has four planes based at Waterbury-Oxford Airport (OXC) in Oxford, Connecticut. One of the club requirements is that members attend two safety events each year.

“Safety is one of the biggest things for our club. Almost every flying event that we have is geared around keeping us proficient or safe,” Membership Chair Dan Berks said. “Everything we do is for the safety of our members.” The club holds a series of flying events throughout the year including spot landing contests, night landing events, and operating on grass runways. These events often serve two purposes – building or maintaining flying skills and providing members an opportunity to be together to enjoy each other’s company.

Some of the events, such as the spot landing contest, have been held as Wings Safety seminars. One of the club members, John Morici, is a FAAST Team representative. The Oxford Flying Club will serve as a cohost to Safety Seminars he leads, which are advertised on the FAA web site and open to all pilots. By cohosting a Wings Seminar, members have frequent opportunities to meet the requirement of attending two safety events each year, and the club is able to promote itself to local pilots as an active part of the aviation community.

For the grass runway event, the member CFIs volunteer their time and members are only charged for the use of the aircraft. A few members will fly the planes to a grass strip not far from Waterbury-Oxford Airport, while other members will drive. The club makes it a social event to encourages more members to participate. While some members are flying and practicing soft field and short field take-off and landing techniques, other members may be enjoying a BBQ and camaraderie. 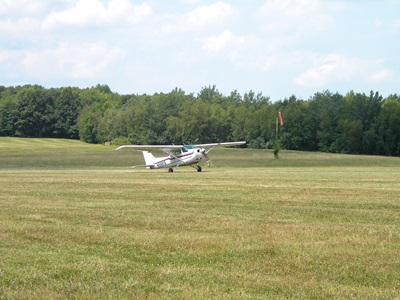 When the club does a night landing event, the goal is to promote currency and proficiency flying after dark. As part of the club’s monthly meetings, safety is always discussed – things like recent squawks that could be safety issues. In addition, four to six times each year the monthly meeting includes a short safety seminar of about 30 to 45 minutes. Often times the topics and training are developed from questions that members have.

For instance, a member asked how to use the club’s engine pre-heater, which was built by one of the members. “Someone didn’t know how to start it so we had a little training,” Dan said. “There is a right way and wrong way to preheat a plane.” About 10-15 people attended in person and the event was also made available on Zoom so other members could participate. “It was about an hour long and people learned how to preheat a plane,” he said. “That counted as one of the safety events.” 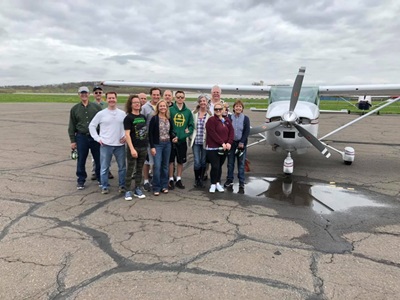 A few years ago the club held a pinch-hitter course to teach passengers the basics of flight and what to do in an emergency if the pilot becomes incapacitated. Recently a member asked if they could hold it once again, so the club’s chief CFI put something together and scheduled the training. For clubs that want to hold a course of their own, AOPA has an online pinch-hitter training that can be used.

The Air Safety Foundation offers many online courses that clubs can use for safety seminars, including accident case studies. One of Dan’s favorite safety seminars was a discussion of the Buddy Holly crash in 1959.

When your club is thinking about events that can engage the members and local pilots there are many opportunities. Whether it’s hosting a fly-in with a spot landing contest or a safety seminar for Wings credit, pilots are always hungry to sharpen their skills and learn safe techniques to become better pilots, even when you don’t serve pancakes.