Most pilots don’t need a reason to fly, and often the $100 hamburger does the trick. As the days are getting longer and more of the world is opening up, it might be time to grab your passport, fuel up a club plane, and go exploring. We’re not talking about the blue passport issued by the State Department. We’re talking about state aviation passport programs. 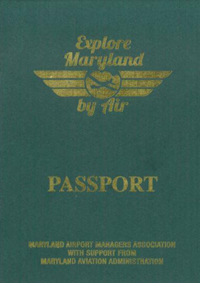 That’s exactly what Clearview Flying Club member John Orzechowski did in 2018 and 2019. Based at Clearview Airpark (2W2) in Westminster, Maryland, John flew to all 98 airports in Virginia and Maryland in less than two years. Along the way he earned a leather jacket from each state and a few other gifts, while he built flight hours and gained valuable flying skills and experience.

A number of states have passport programs where pilots who visit the state’s public use airports, a few museums, and attend FAA Safety Seminars can earn gifts such as hats, shirts, and flight bags. But the real prize is earning a leather flight jacket for completing all of the requirements. All you have to do is get a stamp at the airport or museum. It’s a great incentive to get out there and fly to new destinations and have some fun with your club plane.

Many states have a passport program, and you can find them all over the country including places like Maryland, Minnesota, North Dakota, Virginia, Washington State, and Wisconsin. Other states have had similar programs over the years but have not continued them. If your state doesn’t have one, perhaps your club wants to create a program for your members to encourage more flying.

Or think about interesting destinations within an hour or two flying time—places like National or State Parks, museums or historic landmarks—and encourage members to explore. You may be surprised how much there is to do nearby (See this month’s Club Spotlight).

You might not realize it, but if you have the AOPA app on your phone, you’ve got the AOPA Pilot Passport in your pocket. It allows you to earn badges for visiting airports, flying in different airspace, attending events (like Sun ‘n Fun or an AOPA Fly-In), landing on different types of runways (paved, grass, water, or helipad), visiting historic landmarks and more. Basically, when you are at an airport or location, you open the app, click a button to check in and you earn the badge. 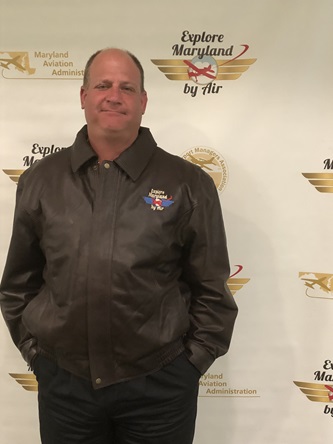 For John, it all began when he was a student pilot and his instructor, Tom Henry, suggested he sign up for the Maryland passport program. Tom told him he could earn a leather jacket by going to all the airports and four museums, which was a pretty good incentive for a new pilot. As they flew to different airports during flight training, John would get a stamp.

“As a student, we probably got 10 of the passport stamps,” John said. “That left me with about 20 or so to finish up for Maryland. I would plan little trips and take a friend of the family, he was 15. We’d fly around and get the stamps.”

Often times John would plan trips to stop at two or three airports in a day. Completing the program in Maryland wasn’t too difficult with 32 airports in a relatively small state. Virginia took more effort getting to all 66 airports and four out of eight possible museums.

Besides the size of the state, Virginia presented another challenge – if you don’t count the National Air & Space Museum’s Udvar-Hazy Center at Dulles, the only museum located at an airport is the Virginia Aviation Museum at Shannon Airport (EZF). For the others, John would land at an airport near the museum and then find a way to get there. Sometimes a friend would pick him up and they’d have lunch and go to a museum. Sometimes he took a courtesy car or a taxi.

He often flew with friends and made day trips out of the adventure. For instance, John flew to St. Mary’s County (2W6) with a friend and his son. They grabbed a cab to go to the Patuxent River Naval Air Station Museum, had lunch and flew home. On another trip, John needed to get the stamp for Norfolk International (ORF) and his friend’s father-in-law lived near Chesapeake Regional Airport (CPK). They flew down, landed at both airports and got the stamps. 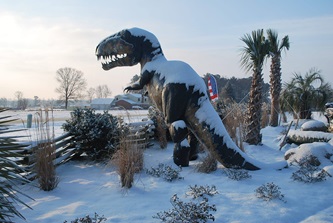 “His father-in-law picked us up and we went and had pizza. I needed another stamp from a museum over there,” John said. “This one had dinosaurs, full scale dinosaurs. It was a neat little museum. I got the stamp there and he took us back.”

John was referring to the Military Aviation Museum in Virginia Beach. Besides the dinosaurs, it has an amazing collection of flying WWI and WWII aircraft.

The good news is you can get stamps even if you drive to a museum or airport. That’s what John did for the Udvar-Hazy Center, Dulles International Airport (the stamps are at the FBOs and at an information desk near baggage claim #6), and Reagan National Airport (at Signature Flight Support or the Travelers Aid Booth in Terminal A). Virginia has a list of where to find stamps at airports that might have limited office hours or where the stamp location isn’t obvious.

John planned and tracked his trips. The most ambitious was a 13-stop trip logging 5 hours and 25 minutes. But that wasn’t his longest day. “One day I think I put 7 hours on the Hobbs meter in that Cherokee. That’s when we went to the most western point in Virginia,” John said. “We were only 10 miles from Bristol, Tennessee so I took a lap around the Bristol Motor Speedway. I did steep turns right around the track.” 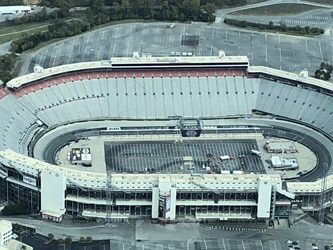 John owns and drives vintage stock cars, so flying the track at Bristol was special. He also flew the road course following all the turns at the Virginia International Raceway in Danville, as well as tracks at Watkins Glen and Summit Point.

Good for Members and Good for the Club

By completing the passport program in two states, John honed his flying skills. He gained experience talking to ATC and flying into different airspace, as well as flying into the different airports.

“I had to go into places like Roanoke that was Class Charlie Airspace. I hadn’t been into Class C,” John said. “I figured it was like Class Delta. I called the tower, told them where I was and what I wanted to do and they said contact approach and get sequenced in. I had to scramble, get the approach frequency and squawk code and then they sequenced us in. That was a learning experience.”

He also found flying into the high-altitude airports in the mountains of Virginia “interesting.” The runway at Falwell Airport (W24) near Lynchburg is on a slope with about a 100-foot drop in elevation from one end of the runway to the other.

“It’s called the ski jump. You land uphill and taxi up to the uphill point and take off downhill,” John said. “They tell you not to over rotate going down the hill or you’ll drag the tail. Basically, just fly it down the hill and let it fly itself off.” 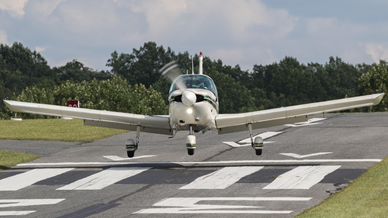 Being based at Clearview with its 1,800-foot runway and displaced threshold leaving only 1,500 feet usable to land was an advantage. When a local pilot asked what John thought of landing on the 1,800-foot grass runway at Eagle’s Nest Airport (21VA), John replied it wasn’t a big deal. He told the local pilot what he’s used to at Clearview. The response, “That’s impressive.”

John flew the club’s Cherokee for all but one of his trips to complete the Virginia passport. He started on July 4, 2019 while on a holiday trip and completed all 66 airports by the end of November that year. Other club members joked that the Cherokee was John’s plane since he flew it so much.

That’s another benefit of having club members participating in a passport program – they’ll fly more. That makes them safer pilots and it means the planes will be used, generating revenue over time.

“It’s a fun thing to do,” John said. “It’s not something you’re going to get done in a week. You’re going to build some hours doing it.” And he added, “It definitely cost a lot more than the price of the jacket. But it’s about the adventures that you went on.”