Anyone who has been to Cape Cod, Massachusetts in the summer knows driving from one end of the Cape to the other can take some time. The nice thing is the Cape has four airports – Provincetown (PVC) on the very tip, Chatham (CQX) in the southeast corner, Barnstable Municipal (HYA) in the middle and Falmouth (5B6) in the southwest corner. Unfortunately, there were few rental options and no flying clubs—until 2016.

That’s when David Fisichella decided to start the Cape Cod Aero Club. “I was looking to join a club on Cape Cod and found out there weren’t any,” he said. “So I figured the only way this is going to happen is if I started one.”

The club began with a Cessna 172 at Falmouth Airpark and last fall expanded to a second airport when they added a Grumman Tiger based at Barnstable Municipal Airport. Locals call it Hyannis, which is the town where it is located.

They’re not the only club to operate at multiple airports. The 150th Aero Club in New Jersey has planes at Morristown (MMU) and Somerset (SMQ) airports (see the). In the Indianapolis area Sky-Vu Flyers has five planes at three airports (see the October 2019 Club Spotlight) and Octopus Flying Club has aircraft in Maryland and Florida (see the July 2014 Club Spotlight). Those are just a few clubs around the country that have aircraft at multiple airports.

It can be a formula for success and there are many advantages for a club operating at multiple airports. The most obvious is the club is able to expand its geographic reach, making it easier for members to get to a plane and so expand its attractiveness to pilots in the different areas. 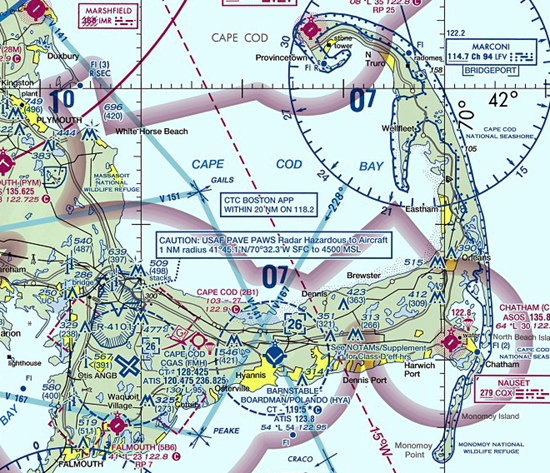 “The way the Cape is configured, especially in the summer with tourist traffic, it can be a pain to go from the east end of the Cape to the west end,” David said. He noted it can be a 45-minute drive between Falmouth Airpark and Hyannis Airport with normal traffic and more than an hour in the summer. Because of the traffic and time it can take, some people won’t travel back and forth all that much, he said.

When the club expanded to a second aircraft, it did so with the “if you build it they will come philosophy,” David said. “Expanding to Hyannis makes it easier for people on the eastern end of Cape Cod and that’s staring to pay off. People have joined specifically because it was closer to where they are.”

The club grew from 10 members to 20 with the addition of the Tiger based at Hyannis. While one or two new members said the Tiger was the deciding factor, David said expanding to Hyannis is what made the real difference. “We could not have added another 10 members by operating out of Falmouth.”

The club plans to start a waiting list and let demand dictate whether they will add another aircraft. Generally they have low turnover. When a member leaves, it’s for a good reason. One of the founding members, Loral O’Hara, left the club to go to NASA. 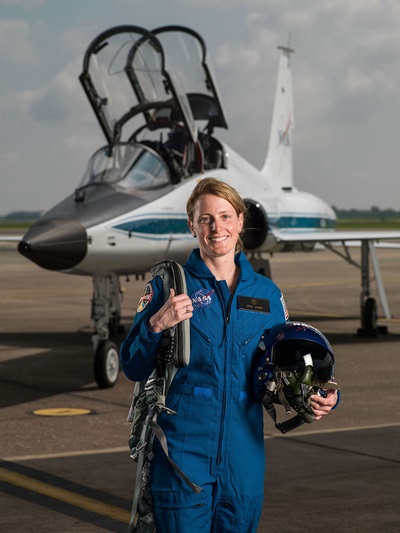 “She just graduated in the newest class of astronauts,” David said. “It’s been a life long dream of hers and we’re really happy to see her move on to bigger and better things. She sent us a picture of her flying a T-38—it’s a little step up from a 172!”

Another advantage for the Cape Cod Aero Club is that the airports are quite different. Falmouth is a non-towered fly-in community with homes that have access to a 2,200-foot paved runway. Hyannis is a towered airport with two runways that are both longer than 5,000-feet. By having aircraft based at very different types of airports provides members the opportunity to fly in an environment that is most comfortable for them—or to further their skills at the different locations.

David describes Falmouth as an airport with a very “social environment with good facilities.” It has a lot of retired airline pilots and a number of pilots that are building or have built their own planes. In addition to the homes with hangars, the airport has tie downs, traditional hangars and self-service fuel. There is a community building available to residents and the club uses it to hold its meetings. 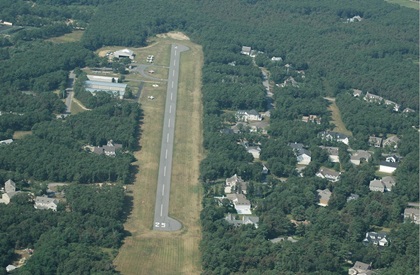 Hyannis on the other hand has long runways that are wide open and so easy to get in and out. It has a tower and scheduled airline service with Cape Air flying to Boston, Nantucket and Martha’s Vineyard. Hyannis is a better choice than Falmouth if the weather is a factor or flying at night, and because it is close, the club has a policy that if a pilot is uncomfortable landing back at Falmouth for any reason, they can land at Hyannis, take an Uber back and the club will pay for it. This policy helps foster a strong safety culture.

One of the challenges of operating at two airports is keeping members engaged and connected in order to encourage the camaraderie that is a hallmark of well-run clubs. David said the plan is to alternate monthly meetings between the two airports once they get back to in-person meetings. Since the pandemic started, the club has held meetings using Zoom, which has been very successful in keeping members informed and connected. 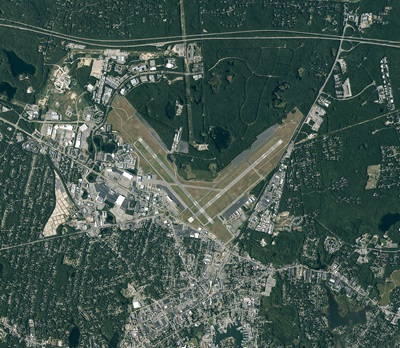 “People enjoy it and it was easier for people to participate,” David said. “People who wouldn’t get out and get to the meeting physically were able to join the Zoom meeting. I think we have better attendance than we normally get.”

Besides operating at two different airports, the Cape Cod Aero Club operates two different types of aircraft—a Cessna 172 and a Grumman Tiger. This too has advantages.

The club was looking for another 172, but an opportunity came up to acquire the Tiger and it just made sense. The Tiger was based at Hyannis and already had a hangar. The club approached the owners and asked if they would be interested in selling the plane and become members of the club. That way they could still fly the aircraft but with the advantage of cost sharing. They weren’t flying much so they liked the idea and the sale was made. 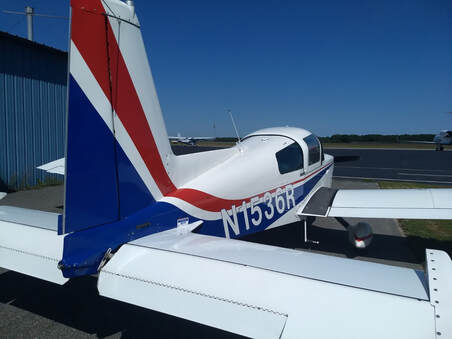 “The Tiger was the perfect second aircraft for our club,” David said. “It has a little more performance and it’s not so different that members have a hard time transitioning from one to the other.” See this month’s Aircraft Spotlight for an in depth look at operating a 172 and a Tiger in the same club.

Having a different aircraft in your fleet broadens the club’s appeal by offering some variety. “At least one new member said the Tiger was the enticement they needed to join,” David said.

The Cape Cod Aero Club in only a few years has gone from just starting up to adding a second aircraft at a second airport. Offering a diverse fleet and the ability to base aircraft at both Falmouth and Hyannis airports has provided the opportunity to attract more potential pilots, and with it membership has doubled. The only question is what heights these new members of Cape Cod Aero club will reach. With one founding member heading for the stars, the possibilities are endless.