For a club interested in backcountry flying or looking to differentiate itself from other clubs or local FBOs, you might consider adding a taildragger to your fleet. There aren’t many available to rent, and there are few as capable in the backcountry as the Aviat Husky A-1B. It has the power and performance needed for short fields, along with modern avionics and good range. OZ1 Flying Club based at Bentonville Municipal Airport/Louise Thaden Field (VBT) in Bentonville, Arkansas, has two, and its members fly them to a variety of unimproved strips. Club Director Jordyn Haught shares the club’s experience with the Husky.

Operating costs are fairly similar to a Cherokee or Cessna 172. The Husky A-1B is powered by the 180-hp Lycoming O-360, which is a common, reliable engine. “We really like the 180 horse, it has plenty of power,” Jordyn said. “They make a 200-hp version, but we think the 180-hp version gives us everything we need.”

It burns about 8 gallons an hour in economy cruise, and the club plans for an average cruise of 10 gph. Cruising speed is about 115 mph, so it’s much faster than the legacy taildraggers such as a J-3 Cub or an Aeronca Champ that cruise between 75 mph and 85 mph. OZ1 charges $125 an hour, Hobbs time, wet. 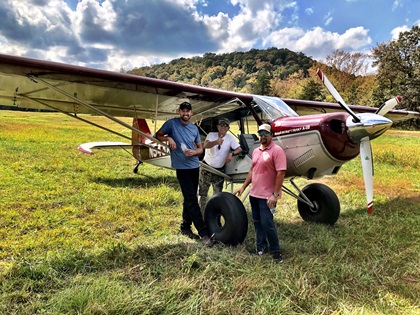 Maintenance (3 stars)
Anytime you are flying a lot and operating in and out of unimproved runways, there is likely to be a greater need for maintenance. “With planes like this we expect a few dings and dents,” Jordyn said. “So we build into our cost model an extra margin and we use it. It’s just the nature of the game.”

OZ1 expects to put 300 hours on each Husky this year, and does 100-hour inspections. Probably the most important thing to remember is the Husky is a tube and fabric aircraft, so it needs to be hangered and at some point the fabric will need to be replaced. Generally that could be every 20 to 25 years.

Something else that makes OZ1’s Huskies more expensive to maintain is that both aircraft have tundra tires, which are more costly to replace than standard tires. One Husky has 31-inch tires, the other has 29-inch tires. Jordyn notes that Alaskan Bushwheel sells a backcountry tire with heavy tread as a $200 upgrade. The extra tread will save you significant money in the long run if you operate out of an airfield with an asphalt runway.

The good news is that the Lycoming O-360 is a reliable, common engine, so mechanics are familiar with it.

If you plan to do a lot of backcountry flying, “I would recommend to any club that is thinking about getting a Husky to upgrade the gear,” Jordyn said. "The Seaplane North upgraded gear is very absorbent, especially when you’re doing the kind of flying we’re doing.” 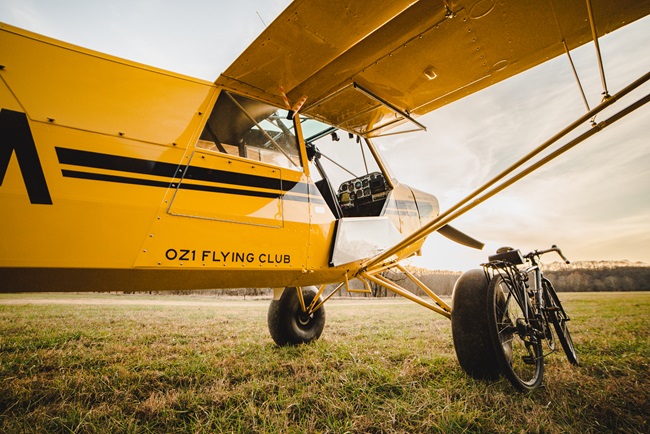 OZ1 hasn’t had any difficulties getting insurance. “There has been a perception among outside people that it would be very difficult to insure,” Jordyn said. “We really don’t see a big difference in the premium versus a tricycle [gear aircraft] of a similar hull value.”

Something that likely helped with insurance is the club’s currency policy. OZ1 requires their Husky pilots to complete five full-stop landings in a 30-day period. If they don’t, the online scheduler will prohibit a member from booking the airplane, and the member must get checked out by a club approved instructor 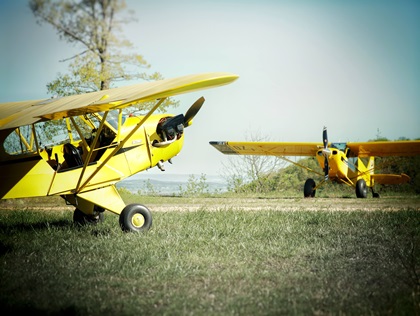 Even if OZ1 did offer tailwheel training, Jordyn thinks the Husky is a little more advanced than most trainers. “We don’t give endorsements in this plane. It’s not a primary trainer. It’s not an endorsement trainer. This is for people with a little tailwheel time who are ready for that [challenge],” Jordyn said. “A big portion of getting people trained up in this plane is getting them comfortable with crosswinds, flaps usage and trims.”

Another difference between a Husky and a J3 Cub is that the Husky has a constant speed prop. “There’s a lot more management there than a fixed pitch [prop],” Jordyn said. “Again, that’s something you need to be ready to train someone into, to be familiar, if they haven’t flown a constant speed prop before.”

She stressed the importance of good decision making, particularly with crosswind minimums and how to correctly use flaps in these planes, especially in crosswind conditions.

The Husky might not be your first choice of cross country aircraft, but it is certainly capable. With a cruise speed of 115 mph and 50 gallons of fuel, it has about a four-hour range with an hour reserve if you plan a fuel burn of 10 gph. “That’s significant, particularly compared to a J-3,” Jordyn said.

Jordyn said their Huskies have a useful load of 700 pounds, which means you can carry full fuel and lots of gear if you’re flying solo. In fact one club member did a trip from Arkansas to Idaho to fly the Husky in more mountainous backcountry. The plane also is roomier than traditional tandem seat taildraggers and suitable for bigger pilots. The pilot who flew to Idaho is 6’-3” and logged a total of 33 hours flying time.

Another advantage of a Husky is “they have way more avionics than I’m used to in any other tailwheel plane,” Jordyn said. “Heck, you get in a J-3 and you may or may not have a radio depending on whether you grabbed a handheld before you went out.”

One of the club’s Huskies is IFR certified. Both have lights and can be flown at night, which expands your capability for cross-country flying. Jordyn said both have all the nav equipment that you would need for a serious cross country, which is a benefit if you’re looking for a plane with a little more range. “Our members give us really fantastic feedback after flying them. They just say  they’re a heck of a lot of fun,” Jordyn said. “They have ramp appeal, so when you fly places people do ask you lots of questions and want to talk about it. They’ve got plenty of engine with 180 hp. You have a good margin getting in and out of places. You have the fun of it, learn how to do some canyon turns and get out there and explore. Especially if you take our backcountry course in those planes, you’ll have a lot of fun while also really improving your skills as a pilot.”

“If you’re looking for something that gets you the fun of a tailwheel and a backcountry airplane and it’s a little faster and a little more comfortable” than the legacy tailwheel aircraft like a Cub or Champ, the Husky fills the need.

With a 180-hp engine, you’ve got power and performance and some built in safety margin. It also has modern avionics and lights, so if you get into a situation, you’ve got a little more leeway to get out of it.

It’s a little more complex than most taildraggers used for training or tailwheel endorsements, so it might not be your first choice for that mission. However, if you’re looking for a fun taildragger, with the performance and useful load to take you to some out of the way backcountry destinations, the Husky A-1B is a good choice.