The aircraft spotlight usually looks at a specific type of plane that is less common than the traditional Piper Cherokee or Cessna 172/182 that a club might consider adding to its fleet. This month we take that concept just a bit farther and look at what it might be like to add a drone to a flying club.

One club that is exploring adding a drone is the Monmouth Area Flying Club (MAFC) based at Lakewood Airport (N12) in New Jersey. The club in its present form was founded in 1985, but had it’s beginning as a military flying club as part of Fort Monmouth. Today MAFC has about 160 members and operates seven aircraft – two Cessna 152s, three Cessna 172s, a Piper Archer and a Piper Arrow.

At the end of last year, the club had a change of leadership on its Board of Trustees, including the election of a new president, Joe Bonaccio. A few changes took place immediately, including reaching out to the Jersey Aero Club, another flying club based at Lakewood Airport that has been in operation since 1938. MAFC member Charles Burke met with Jersey Aero Club Vice President Jeff DuBois and another person to brainstorm ideas on how to make the clubs more relevant and to look at things they might work on together.

One of the ideas was to add a drone to the Monmouth Are Flying Club. “Every time you turn around it’s drones, drones, drones,” Charles said. “All these wonderful things are happening with drones.” 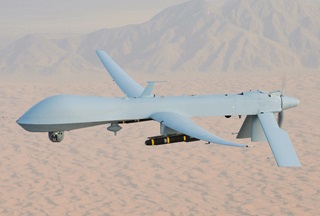 He noted that the military is increasingly using remote-piloted aircraft and asked, “Why don’t we offer this to our members?”

Charles formed a small committee with three other members, with only one that had any experience with drones. The others, including Charles, “knew nothing about drones,” he said. “In one way, it was good. I had no idea, so I had to ask questions about everything.”

The result was a thorough document outlining some reasons the club might want to add a drone, what would be required for a member to operate it, and possible costs.

Why would your club want to add a drone?

The first question your club might ask is why would you want to add a drone to your fleet? For one, it’s an inexpensive way to fly—even though it may not be flying as you normally think of it. It is an area of aviation that has generated a great deal of interest and is expanding at a tremendous rate—which means having a drone in your club could attract new members, particularly younger ones. But it also might be a way that existing members who are concerned about maintaining a medical could continue to fly, Charles said.

The “first big issue” was insurance. He found getting insurance as an individual operating a drone was easy to do and relatively cheap. “But when I started asking about insurance for the club, because the club was going to buy the drone, it was a brick wall. I couldn’t find anything,” Charles said.

He called several insurance companies until he found one that would provide coverage. That company was Avion Insurance, which estimated the cost of a $500,000 liability policy would be $450 a year, and a $1 million policy would be about $650. Hull insurance would be about 10 percent of the drone’s value, so if the club had a $1,000 drone, add $100 to those quotes.

The insurance policy stipulations include the drone must be owned by the club and registered with the FAA. To pilot the drone, club members must hold a Part 107 Remote Pilot Certificate, complete a drone operations course developed by the club, as well as have a current flight review. “Members who have not passed Part 61 or no longer have a medical certificate can operate the drone, [but] must obtain the remote pilot certificate and take the examination every two years thereafter,” according to the draft rules. 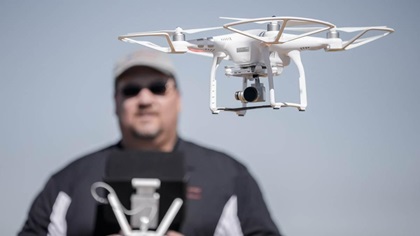 The club plans to have designated drone instructors that are members. The instructors will be approved by the club’s chief flight instructor, just the like aircraft instructors. Fortunately, there are a few members who are professional drone pilots who have offered to train other members on the safe operation of drones. They also provided guidance in developing the draft rules and regulations. Charles also reached out to the Academy of Model Aeronautics (AMA), which helped the club fill in a lot of the information they needed to develop the club’s policy.

The club’s drone operation’s course has not yet been developed but a rough framework has been drafted. It would cover the essential preflight checks, such as batteries and aircraft inspection; proper transportation and storage of the drone; flight planning, such as weather, TFRs, and airspace in which drones may be operated; and basic flight maneuvers.

To schedule the drone, the member would go onto the club’s management tool, Flight Circle, and create a booking just like they do for an aircraft. The initial rate would be $25 a day. The club has fines in its regulations for aircraft, so they developed fines for the drone as well. Failure to return the drone to the clubhouse within the scheduled time period and failure to properly store the batteries are both $10 fines. Failure to report damage or accidents to the chief maintenance officer would be a $25 fine.

The drone would be limited to personal recreational use and could not be used for commercial purposes.

The policy is still in draft form and the club has yet to adopt it, but the framework is in place. The next step would be to acquire a drone and then survey the members on how many would be interested in adding it to the club fleet.

Although most clubs might start gauging interest from the members and acquire a drone, Charles is confident there will be enough member interest in adding a drone because of the number of members that currently fly drones professionally. Assuming there is interest, the board would formalize the draft rules and regulations, purchase insurance and develop the training course. 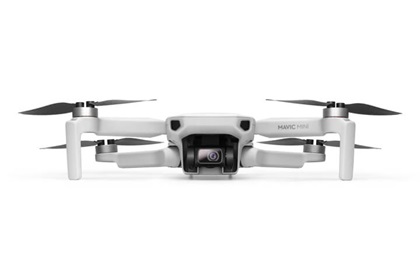 The first step of the plan was completed in early June. Charles found a used drone, a DJI MAVIC Mini, which he purchased for $400 from Ethan Noble, the Secretary of the Jersey Coast Sport Flyers, a radio-controlled aircraft club that operates about 20 minutes away from Lakewood Airport. The MAFC board will vote at their July meeting to officially purchase the drone.

Charles and Ethan discussed developing a working relationship between the two clubs and plan to have someone from the RC club speak at an MAFC meeting once face to face meetings resume as restrictions related to the pandemic are lifted.

Adding a drone to a flying club fleet may not be common, but it is an interesting idea that could broaden a club’s appeal to a wider audience. It presents another entry point into aviation and could attract younger members to your club. Or it could be a way to keep members who no longer have a medical in the club and flying. Drones are relatively inexpensive, and it is not difficult to obtain a Part 107 Remote Pilot Certificate, making it a low risk proposition for a club, with the possibility a great reward.