In May we took a look at the topic of flying club management tools and some of the features that can automate many of the administrative functions necessary to run a club. This is the second of two articles in which we take a closer look at the different programs to get a real-world perspective on the four products featured in May. Last month we looked at Flight Circle and Pilot Partner. This month we’ll look at newer products on the market – WhenYouFly and Coflyt.

There are far too many features and nuances of each product to fully describe them. The underlying fact is that all of these products provide benefits that are useful to a club. Determining what would be the best fit for your club depends on what aspects of the management software is most important to you.

FlightTime Flying Club has been using WhenYouFly for a little over a year to automate some of the club’s functions. The club has 14 members and operates a Cessna Skyhawk from Wiscasset Airport (KIWI) in Maine. Maintenance Officer Richard Devito took some time to share what their club likes best about WhenYouFly. Coflyt is the newest product of the four we looked at in May and was just reaching out to flying clubs during the same time the pandemic shut down many businesses, making it too soon to get a club’s perspective on the product. 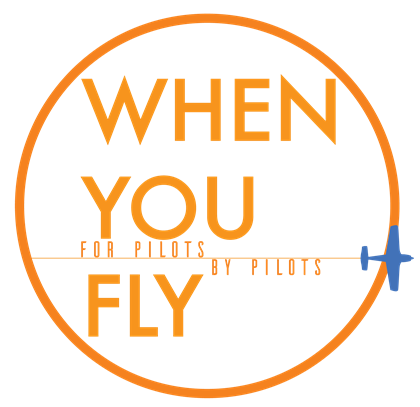 WhenYouFly debuted at Sun ‘n’ Fun in 2019. It’s only been around for a year and continually adding new features and functions. It’s genesis came from a club started by David Keen in 2018 looking for an inexpensive and effective scheduling tool. Member Daniel Stephens, a software developer, researched what was on the market and decided to build something of his own. What began as a basic calendar app quickly expanded to do flight tracking/logging. Once the information was entered in the system, it would automatically tally up everybody’s hours and bill people’s credit cards.

Their core product of scheduling and flight logging is free to AOPA network flying clubs. They also have a mobile app to simplify flight logging that costs $4 a month, and the maintenance tracker and billing modules can be added for $4 a month each. The modular design allows users to pick and choose what they need. There are no limits to the number of aircraft or members using the software, so the most a club would pay is $12 a month. “WhenYouFly Core is our scheduling and flight logging system. This full-function version of our software is completely free for all AOPA Clubs, single users and fractional ownership users,” Daniel said. The app, maintenance, and billing modules are additional.

FlightTime is a small club founded in 1998. It has 14 members and operates a 1977 Cessna 172. It allows student pilots, but insurance requirements limit  primary students to 20 percent of the membership. There are currently two students working on their private pilot certificate. Maintenance Officer Richard DeVitro said the club has been using WhenYouFly for about a year and uses some but not all of the features. The club is small enough that it doesn’t demand automation for everything. “It’s easy to use,” Richard said. “It’s treated us really well. I like it.”

The club had been using Google Calendar for scheduling, but had problems with it so they moved to Team Up. The problem they found with Team Up was “it’s a wide open system so anyone that looks at the calendar can get in there and change it,” Richard said. Basically, one member could change another member’s booking.

So when Daniel approached FlightTime about using WhenYouFly, the club was happy to try the new software. Richard likes the calendar feature and the maintenance tracking aspects best. “It’s very intuitive as far as the scheduling,” he said. And he noted each member has their own log in ID and password so they’re the only ones who can change a booking, other than an administrator. 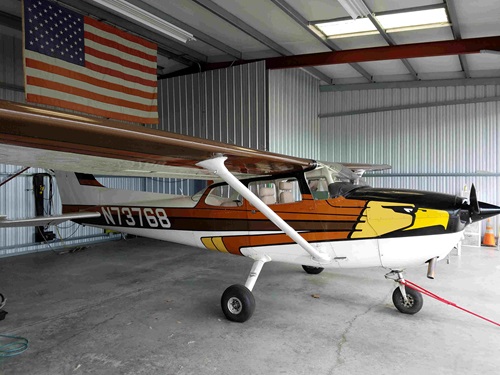 For clubs with multiple aircraft, the administrator can assign colors to each plane to easily differentiate on the calendar. The calendar has different views so members can choose to look at a seven-day, five-day, three-day, or one-day chart to see when aircraft are scheduled. When setting up the system, the administrator can determine what aircraft a member has access to book, set limits on the number of reservations a member can have at one time, and how much time between when an aircraft is scheduled back in and when it can be scheduled to go back out again.

Another aspect that Richard really likes is the ability to track the activity of the airplane. “We wanted to know how many landings we are doing, how much fuel we’ve added between flights,” he said. “Over the course of developing [WhenYouFly], Daniel added all of these things in.”

One of the unique aspects of WhenYouFly is its Electronic Flight Logger, a pocket calculator-sized device that you record all the necessary flight data. It is stored on an SD card and is automatically transferred via WiFi to your account. Or you can manually upload data from the SD card if you prefer. The information can also be added via an iOS or Android app, but the Electronic Flight Logger is good for those pilots who use their phones for ForeFlight or Garmin Pilot and have a low battery or no battery life when they land.

After a flight, the tach and Hobbs time are recorded, as well as the number of landings, and any fuel or oil added. “It tracks all those things and rather than logging it manually you can do it in this electronic flight log and it goes into the system,” Richard said.

He also likes the ability to review the data at the end of each month. “I can go in and go to the aircraft log and get the whole picture of the aircraft. From flight to flight we can track anything we want,’ Richard said. “It has worked out really well.”

Things like squawks also can be tracked. The software has six squawk categories to choose from – airframe, engine, prop, electrical, instruments, or avionics. And each category has six drop downs to choose from. “There are 36 total squawks that you can enter,” Daniel said. “As a club or owner, you can make those things whatever you want, but we give you a whole framework to begin with.” 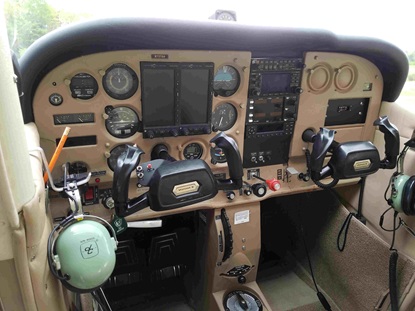 Like other management tools, WhenYouFly has a feature that can be turned on that checks out-of-date endorsements or records before scheduling. For instance, if a pilot doesn’t have a valid medical certificate in the system or a current flight review, then they can’t schedule the plane. The same is true for aircraft maintenance. If the aircraft is past due for an annual, it can’t be booked for a flight.

Under the records tab, endorsements can be added, which is useful for flight instruction. And you can upload documents and images. So if you want a copy of your medical, or aircraft documents like the airworthy certificate, registration, or insurance documents they can be added.

The software integrates with QuickBooks and creates invoices for any outstanding flights. If a member has a balance in QuickBooks, charges are deducted automatically. However, “we don’t allow our system to autobill any of our pilots. We don’t want to get into a situation where somebody accidentally has a flight logged and money comes out of their account,” Daniel said. He did note that you can set up QuickBooks to automatically bill pilots, but that is done in QuickBooks and not through the WhenYouFly program.

One of the things Richard likes best is the customer service aspect and the willingness to add features that the club has requested. “When we first started, there was nothing about oil changes, landings, or fuel added. They put all that in as a result of requests that I made,” Richard said. “The people from WhenYouFly are very responsive. If you’ve got any questions or issues, they’re right there to work with you.”

Coflyt is a cloud-based aircraft management system that is one of the newest products on the market. It just began marketing to flying clubs as the pandemic began limiting business activities, which unfortunately means it is too early to get user feedback.

Coflyt is a management tool comprised of aircraft and pilot scheduling, maintenance tracking, and accounting. One of the things that makes it stand out is that it was designed specifically as a mobile app with the ability to do everything from your phone without needing to go to a web site (although there is a web site that you can use on a desktop computer, if you prefer).

Another feature that differentiates Coflyt from other management tools is its accounting and payment function sallow administrators to manage and collect flight time payments from members directly within the software without linking to a third-party accounting site such as QuickBooks. Most of its initial customers were aircraft partnerships and it only recently began efforts to expand to flying clubs.

Coflyt centralizes squawk sheets, flight maps, usage statistics, scheduling, payments and communications. It costs $36 a month or $360 a year for two aircraft and unlimited number of members. The Solo Plan is $14 a month or $140 a year for a single user with up to two aircraft. Additional aircraft cost $10 a month each. New AOPA Network Flying Clubs can get a year free when they sign up for Coflyt.