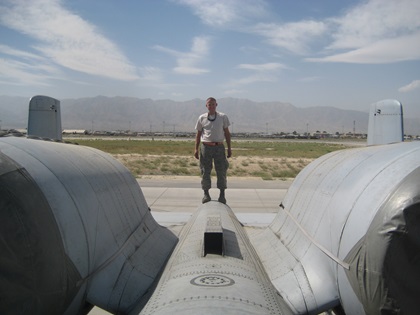 Every flying club is only as good as its members. It’s the people in any organization that are the greatest resource. So how much thought does your club give to finding new members? Not just any new member, but the right new member?

The Free State Flying Club, based at College Park Airport (CGS) in Maryland, is a club that has given this topic some considerable thought in the past year and implemented a new member selection process. The goal is adding new members who have talents and skills that add value to the club.

College Park Airport is an interesting place. The US Army Signal Corps opened the airport in 1909 so Wilbur Wright could provide flight training to two military officers and it has been in continuous operation ever since, making it the oldest continuously operated airport in the world. It is inside the Washington, DC Flight Restricted Zone (FRZ), so pilots operating at the airport must go through a security check and obtain a personal identification number (PIN) required to file a flight plan for any flight into or out of the airport (See this month’s Event Spotlight about Flying into the FRZ).

The airport has been owned by the Maryland-National Capital Park and Planning Commission (MNCPPC) since 1973 and has been on the National Historic Register since 1977. It is the closest General Aviation airport to downtown DC and there is a Metro stop less than a 10-minute walk from the FBO – which makes the airport and the flying club attractive to pilots who live and work in the city. The College Park Aviation Museum is located on the field and worth a trip to see, and the University of Maryland is a few blocks down the street. 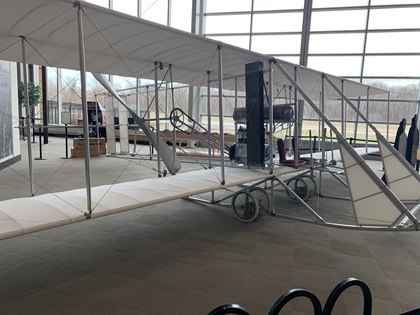 The Free State Flying Club was formed in 1969 with two Piper Cubs. Through the 1970s and into the ‘80s,the cub had two aircraft. However, airport rules have long restricted Free State to operating one aircraft with a membership that could not exceed 15 members. In the summer of 2019, that rule was lifted and the club is now considering expanding both the size of its membership and perhaps it’s fleet.

With these changes and a membership slot opening up, former club president Todd Reibel proposed changing the way new members were selected. In the past, when a membership share became available, the departing member would be responsible for selling their share. The prospective member would come to a meeting where they would be interviewed by the entire club membership for 30 or 45 minutes, they’d be asked to leave and the club would vote yeah or nay.

“It was impossible to vote anyone down. In my memory, and I’ve been in the club more than 20 years, we never turned down a prospective member,” Todd said. “We brought in at least two members who are no longer in the club that didn’t fit in with the culture. They had an attitude that we were the ‘Free State rent an airplane [organization].’ Someone else had to take care of the airplane and all they had to do was pay their dues and hourly rates. That just didn’t cut it.”

Todd wanted to ensure that all 15 members were really interested in the club and not just looking at it as a way to fly for a little bit less money. In July 2019 the club had a discussion and completely revised the new member process. 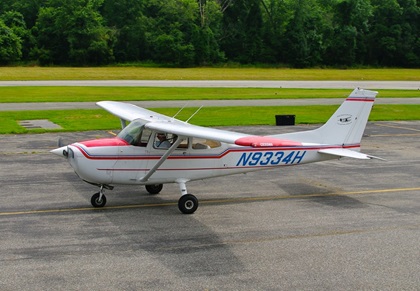 The process begins by asking applicants to write a short essay about themselves and why they want to join the club. Then candidates are interviewed by a panel of three club members. The goal of the interview is for the club to get to know the applicant, and for the applicant to get to know the club. The conversation is an opportunity for the club to get a sense if the applicant will be a good fit and will bring something that will add value to the club, and the potential member has the opportunity to do the same.

Todd is a volunteer docent at the National Air & Space Museum. One of his favorite things to tell inquisitive kids is, “It ain’t the answers, it’s the questions. And you ask good questions,” Todd said. “You get so much from people by listening to the questions they ask.”

7.    Membership in other organizations – (aviation or otherwise)

“We eventually worked up a cheat sheet of things we were asking,” Michael said. He has done a lot of interviewing in his professional life and used that experience to include some very specific things in the interview.

Todd noted that some of the 12 criteria are easier than others to assess. For instance, membership in other organizations and hobbies provide an opportunity for the club to understand an applicant’s other interests and helps “round that person out and give you idea who that person is,” Todd said.

Ethics on the other hand is harder to discern. “You don’t ask if you’re an ethical person, you just figure out real quick by how they answer questions,” he noted. For instance a question like, “What was the dumbest thing you’ve ever done flying?” can be telling. If the answer is, “I’ve never done anything dumb.” That’s probably not an applicant who is going to be invited to join the club.

Safety and financial stability are critical, Todd said. If you’re going to be joining a club you don’t want a member who is going to be struggling to pay dues or hourly rates. Even worse, what if there was a major unexpected repair? It’s best to have members who will be able to contribute financially if need be.

Michael added, “We had a number of safety related questions that we were asking. We were conversational, but we would drive the conversation around those topics to see what people’s thought processes were and how they deal with safety related issues – kind of like a flight examiner will do.” The panel provided scenarios and asked applicants questions related to their history flying in dicey weather. “We’d hear magical things about canceling plans or changed plans, things like that,” Michael said. “It’s GA, you don’t know if you’re going to get there, you may have to drive.”

After the interview, the three club members rated the candidates on each of the 12 categories on a scale of 1 to 5. This provided the club with a way to measure candidates since the main questions have subjective answers:

Those are hard questions to score, so having a numerical value based on the 12 criteria provides some basis of comparison to go along with the impressions left by these subjective questions.

In addition the interview process, new members have to take a check flight with a club-approved instructor (See this month’s Safety article). New members also are encouraged to fly with current members so they can get to know each other. Another benefit is it gives members an opportunity to see how an applicant flies and get a basic assessment of their flying skills.

“A member flying with a new member I think is a good idea,” Todd said. “And doing it so it doesn’t make the new member nervous, can be helpful.” 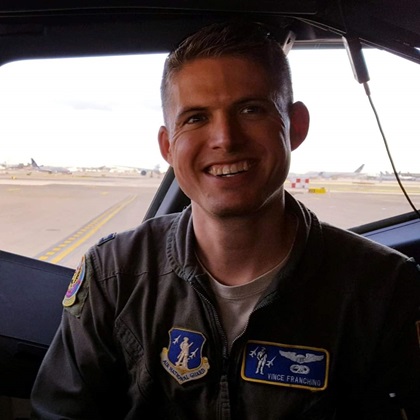 The club used this new process to interview three candidates for one open slot. Vince Franchino was the first person interviewed. He flies a C-40, the Air Force designation for a Boeing Business Jet/737, in the Washington, DC Air National Guard (ANG). He started his military career as a maintenance crew chief on A-10s, and then got the opportunity to become a pilot through the ANG. He had already earned his private pilot certificate as a civilian. He earned his commercial, IFR and multiengine ratings in the military and began his military flying career in C-130s. He also holds an ATP. 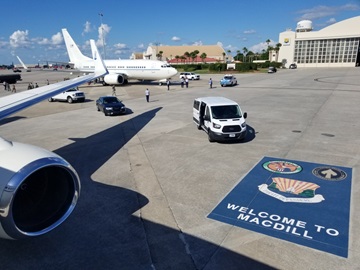 He was interested in joining a flying club to get back to VFR flying, since it’s something he never does at work, and so he could share his passion for flight with his wife and friends.  (Click here for a video of his wife’s first flight in the club’s C-172 over the Chesapeake Bay.)

He contacted Free State not long after moving to Washington, DC in late 2017 because College Park was the closest airport to his home in northeast DC and he didn’t want to travel far. He was told there was a wait list and was surprised when he got an email last summer asking if he was still interested in joining. He had gotten busy with work and never pursued any other clubs.

Vince was interested and he was invited to a club meeting where he met several of the members and chatted for 15 or 20 minutes – somewhat like the old process the club used to do. He then had a more formal interview with a three-member panel.

Todd thought the interview would take an hour. It lasted two and a half hours! Lesson learned. Plan more time for the interview. “They were pretty much softball questions,” Vince said. “Tell us about yourself. Why do you want to join the club? How will you contribute to the club? They just wanted to get to know me.”

The club members did explain they were doing the process differently and they were interviewing other people, but they didn’t say how many. Vince was the first person interviewed. Following the interview, Todd sent an email with more questions about safety that they had forgotten to ask. Vince sent his response and a month later was offered a spot in the club.

Once he was offered a membership, Vince applied for his FRZ PIN so he could fly and spent a few hours completing his checkout in the club’s C-172. 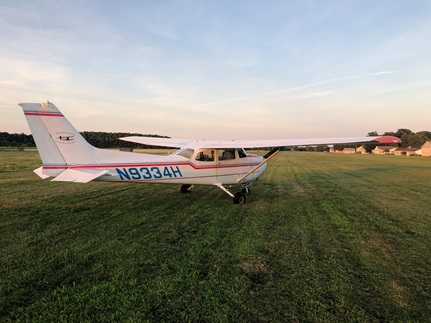 Vince thought using his access to Andrews Air Force to bring Young Eagles or other groups out to tour the airplane and the base might have been one of the unique contributions that made him an attractive candidate. “From a community perspective that’s one of the strengths I was able to offer,” Vince said. “And for the club, bringing some of the organizational background from the Air Force, like training and maintenance, record keeping, things like that might have been attractive.”

Certainly his military flying made Vince an attractive candidate, but his maintenance background and overall personality were strong factors as well, Todd said.

The club refined the process before they interviewed the other candidates to streamline it a bit. Free State was fortunate that they had three excellent candidates that they felt would add value to the club. Because the airport had lifted the 15-member limit, the club decided to replace the one outgoing member with two new ones, bring the membership up to 16.

The other new member that was invited to join had leadership experience from being in a flying club in Georgia. He was involved in that club’s expansion, which is a perfect skill set to bring to Free State given its goals.

Adding new members is one of the most important things a club must do. All too often, the next person in line has been given an open slot into a club and while it often works out, it may not. By developing a list of criteria and an evaluation process, Free State Flying Club has embarked on an endeavor to get the best new members for the club. It gives them the opportunity to add members who have a desire to contribute to club’s future success.

It’s a process other clubs may want to explore. It provides an opportunity not only to find members that fit in with the club’s culture, but if the club has a particular need – perhaps the website needs to be redesigned or finances could be better organized – this process gives clubs the ability to choose the right member for the club at that moment. In the long run, it should help the club be successful.