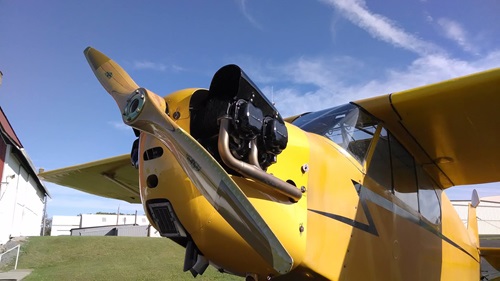 It’s hard to think about the early days of general aviation without thinking about a Piper J-3 Cub. A generation of pilots learned to fly in one, and if you’re interested in sharpening your stick and rudder skills, look no further than the iconic little yellow taildragger. The Penn Yan Flying Club in upstate New York has had its Cub since the day it rolled out of the factory in Lock Haven, Pennsylvania in 1946. Club President Jim Alexander and Vice President Brian Gruschow talk about the benefits of operating a Piper Cub in a club environment and what pilots today can learn from flying a plane from the past.

“Flying an airplane like this does enhance your precision and your skill with respect to handling an airplane,” Jim said. “You really have a true ownership or mastery of the airplane itself.”

Jim also said a Cub will make you appreciate other airplanes, noting that pilots today take for granted that we fly safe, stable airplanes.

“The first thing I picked up was it really taught me how to use the rudder and how to use it correctly,” Brian said. “That immediately translated to the 172. As soon as you hop in, you have that better rudder feel and understand why you’re using it.”

“This airplane doesn’t cost us a lot of money,” Jim said. Nearly 20,000 Piper Cubs were built between 1938 and 1947, making the J-3 one of the most popular planes of its time. Many are still flying today and can be purchased for anywhere between $25,000 and $45,000. With engines ranging from the original 65-hp Continental to 85 or 90-hp engines, a Cub will burn about 5 gph, making it one of the most economical aircraft to fly. Penn Yan Flying Club rents it’s J-3 for $52 an hour, Tach time wet. “You’ve seen the rate,” Jim said. “Where else on God’s green earth are you going to fly a tailwheel for that?” 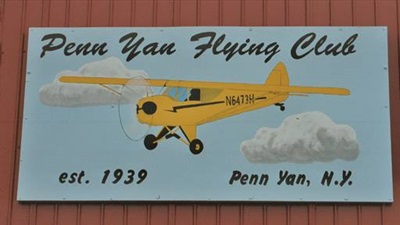 One of the beautiful things about older, simpler aircraft is that maintenance tends to be easier because there are fewer things that can break or need servicing. With no electrical system, no starter, no avionics, and just a handful of basic instruments, a typical annual for a Cub runs between $700 and $900 each year, Jim said. Parts are easy to find because there were so many Cubs built, Piper made several variations of the design over the years, and there are a plethora of modern Cub copycats.

Of course, any tube and fabric airplane will need to be recovered every 20 years or so, depending on the type of fabric on the aircraft, the local climate the plane and how much it has been exposed to the elements.

Penn Yan has been flying its Cub for almost 75 years, so it hasn’t had any trouble getting insurance for the aircraft. The cost to insure the aircraft is about $1,100 each year. Although it’s a taildragger, the insurance company doesn’t require any special currency requirements. The club does require an annual check flight in which the pilot essentially demonstrates the requirements for a tailwheel endorsement including three-point and wheel landings. 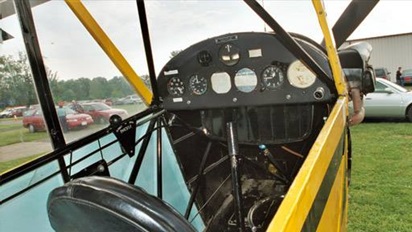 Penn Yan no longer offers primary instruction in the Cub, but it has many longtime members who actually learned to fly in the airplane. The J-3 trained a generation of aviators prior to and during WWII, and there are some flight schools that still use Cubs as primary trainers before transitioning to modern aircraft for radio work and navigation. Today a Cub is more likely to be used for tailwheel endorsements for those pilots who are looking to improve their stick and rudder skills.

Jim is quick to point out that just because it’s not complex, doesn’t mean the plane can’t get away from you if you’re not careful. “It’s a simple airplane but it does require your undivided attention. It’s challenging,” Jim said. “You have to use your feet, unlike a lot of the planes now. You have to be on your game, you have to be right on the stick and paying attention to things because it can get away from you.”

“If it’s not coordinated you’ll pretty much know it,” he said. “You can feel it in the seat of your pants. You hardly have to look at the ball.” Flying a Cessna 150, 172, or a Cherokee you use a little pressure on the rudder pedals “but you can almost get away without it,” Jim said. “They’re almost foot rests. Not so with these older airplanes.”

One drawback is the plane doesn’t have a starter or electrical system. That means a pilot needs to be trained in safely hand propping the plane. Without an electrical system, there is no panel radio, which means you are limited to what airspace you fly in, or you’ll need a handheld radio.

With only a 12-gallon fuel tank, cruising speed of 75 mph, and a useful load of 540 pounds, the Cub isn’t designed for long distance flights. “If you’re going to take someone with you, you need to be on your game with weight and balance,” Jim said. 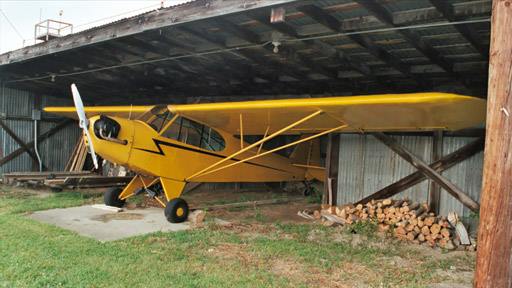 Pilots with lots of Cub time always share stories of flying over a highway and cars passing them if there is even a slight headwind. That said, Penn Yan does have a member that will fly the Cub as far as 100 miles away and there are plenty of Cub pilots who have embarked on a low and slow odyssey across the United States and documented their adventures.

Many members absolutely love the romance of the old time flying from a bygone era, Jim said. Other pilots love flying a plane with a stick rather than a yoke. “I like the simplicity of it,” Jim said. “You don’t fly it at 8,000 feet. I love it because it’s low and slow and you can fly with the window open on a warm day. It’s an entirely different kind of flying.”

“It’s a valuable aircraft to have,” Jim said. It’s a versatile plane that can be used for many missions in a club. It can be flown as an LSA, attracting sport pilots, and used for tailwheel endorsements and building stick and rudder skills. It’s cost effective to operate and you can put it on skis in the winter or floats and use the Cub for a completely different type of flying. But most importantly, it will help your members improve their flying skills. 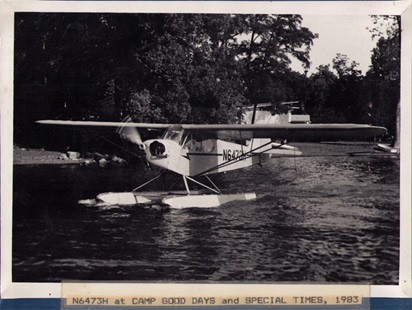 “They require attention and they require good airmanship to fly them well,” Jim said. “I don’t think you get that in the more modern airplanes.”

“I’m a better pilot because of the stick and rudder skills,” Brian said. “In a Cub you feel the whole experience, you’re not just along for the ride. That’s what keeps me interested in flying it.”

“Getting in an airplane like this takes you back to what makes you a pilot, what it was like back then,” Jim said. “That’s where I think a lot of the fun is.”