Welcome to 2019! By now you’ve probably made (and maybe broken) several personal New Year’s resolutions. But has your club thought of making organizational resolutions or goals for the year?

Turning the calendar to a new page provides a great opportunity to do some strategic planning, and with winter weather often limiting flying in much of the country, it’s also a good way to keep members engaged. 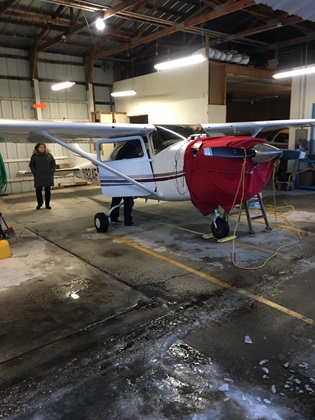 Why Do a Strategic Plan?

So why would your club want to do a strategic plan? To answer that question and get some guidance on how to do it successfully, we reached out to the Flywell Flying Club based at Anoka County-Blaine Airport about 20 miles north of Minneapolis, Minnesota. Flywell has completed three strategic plans in the past 10 years, including one in 2018.

While some clubs may undertake a strategic plan to address a pressing concern, other clubs may want to take a periodic look into the club’s mission and operations to see if it still reflects the membership’s needs and if there are any changes that may improve the club in the long-term.

“There needs to be a willingness in any strategic planning to take a critical look at what you’re doing,” Flywell’s Strategic Planning Committee Leader and Piper Lance Maintenance Officer Paul Wikstrom said. “Put on an objective hat and put away biases. I think it’s really important to ask some potentially disruptive questions like, ‘Should we change our structure?’ It’s a really important conversation to have once in a while.”

What’s also important is understanding that the risk by not making a change can actually be higher than making the change.

In 2009, when Flywell conducted it’s first strategic plan, the economy was struggling, fuel prices were high, and general aviation was in decline. “Initially, it was driven by the feeling that we needed to be more competitive with our fleet,” Club President Steve Schwister said. “It was at a time when the club was challenged—we had a sell list.” 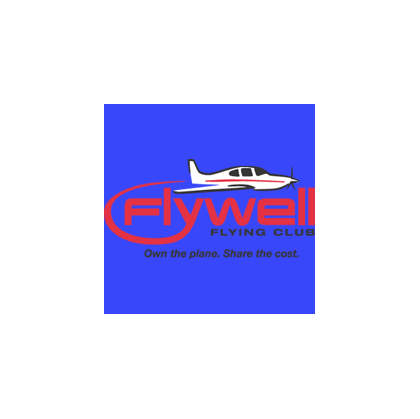 The club has a closed structure, which means only the club itself can sell shares, as opposed to members selling them on the open market. The buy-in is $6,500 for each share, which provides members with access to four aircraft, as long as they meet the check-out requirements. Flywell operates a diverse fleet that includes a Cessna 172, a Cessna 182 RG, a Piper Archer, and a Piper Lance. The club is capped at 50 members, and currently has 40 members.

“We wanted to make sure we had good representation on the committee,” Steve said. “We’re a membership-owned organization so we wanted to listen to their needs. We wanted to have as many voices in the club participating.”

In addition to three board members on the committee, general members were given the chance to volunteer to serve, and others were invited to participate to ensure variety and diversity.

“We tried to go for cross sections in type of utilization,” Paul said. “Some were board members, but you really want membership involved in this.”

In addition to forming a committee, Flywell found it was helpful to schedule things early. They found January/February has been the best time frame for most people, so they began scheduling meeting dates a month or two before. The result was better participation, which leads to better results. That said, if your club is interested in doing a strategic plan and didn’t start planning in the fall, that’s OK. The most important thing is choosing to do the plan and get started.

How Do You Begin the Process?

Once you have your committee, where do you start? The first thing Flywell did for this latest strategic planning process was set some goals. Steve asked Paul to lead the process and wanted recommendations on three main goals:

From there, the committee gathered some inputs. “One of the things I learned from past processes is to have some of the information gathered up before we start the strategic planning,” Paul said. “The first meeting we did was information gathering, making sure we had the inputs ready – some fleet analysis, benchmarking with other clubs, a financial analysis, and do we have any trends or concerns.”

With that information, the committee developed a situational appraisal, creating a table that listed the concerns and opportunities and ranked them, looked at the current impact, the future impact, timing, and action. 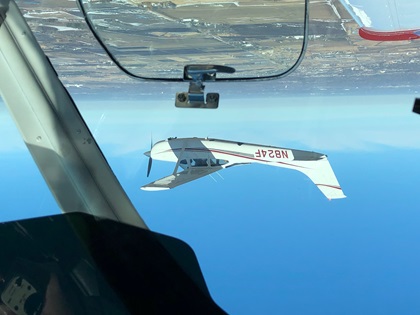 “Often times we start to discuss things and concerns can be looked at as opportunities,” Paul said. “I see it as one in the same, where you identify the concern or opportunity. The important thing is not the artifact, but the discussion. Through discussion, you develop some pretty good insights as to where your priorities are.”

“When you go through the SWOT analysis, what’s really interesting is there are more strengths and there are more opportunities then there are weaknesses and threats usually,” Paul said. “A lot of times we think about our problems and fears, but at the end of the day, we’ve got a lot to draw upon.”

A strength of a flying club might include access to really good instructors, a strong board, well maintained aircraft, nice facilities, or solid finances. Weaknesses may be things like an aging membership, older aircraft that will need major investment in avionics or an engine overhaul, or minimal social interaction among members.

Opportunities are things in the external environment, such as the possible increasing demand for pilot training as the airlines face a pilot shortage, or technology that can improve club efficiency through online scheduling and billing, or using social media to keep members informed and engaged. Threats might include competition from other flying clubs in the area, or limited options for maintenance or fuel that may increase costs.

Once Flywell’s strategic planning committee had done some of the legwork of identifying concerns and opportunities through the SWOT analysis and situational appraisal, they surveyed the members on a number of things.

The survey serves a few purposes. First, it is a way to engage the members and give them an opportunity to participate in the process by sharing their thoughts, concerns, and ideas. Second, it’s a way the board can send a message to the club that there may be changes coming.

“It’s part of change management,” Paul said. “It’s setting the stage, shaping the conversation so you can then get membership aware in advance of a general meeting that we might need to put a proposal in front of you guys that needs to be voted on.”

“We’re finding one of the things with strategic planning is that it takes a lot of time to sell this idea of making change. It takes time to shop it, to kind of socialize it,” Paul said.  “The survey itself in my mind was part of a mechanism to send a signal that we’re looking seriously at some things here and we want membership to be aware of that.”

The survey was more than just counting votes. Reading the comments provided a lot of valuable information. Questions like, ‘If you had to sell one airplane, which would it be?’ or ‘What is your favorite airplane?’ accomplished a few things. It let the members know the board was thinking about possibly changing the fleet, and provided good feedback on aircraft preferences and utilization. 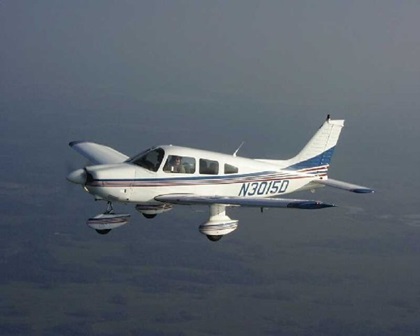 What they found is the membership values the diversity and size of the fleet. No single aircraft stood out as a winner or loser. The takeaway was if an aircraft were to be sold, it probably would be the Archer, and it would likely be replaced with a newer Archer. For more about the value of a fleet analysis, see this month’s Aircraft Spotlight.

One of the key lessons from prior strategic plans was to come away with a short list of action items. “When we first did the planning 10 years ago, we had an action list that was 20 or 30 items long,” Paul said. “I wanted to set the expectation [this year] that we were realistic with three to five things as an outcome, but the really important things. The rest of them might seem important but they’re not deal breakers.” At the end of the process, Flywell had 11 action items that were prioritized with a plan on how to accomplish each one.

Another key takeaway for Paul was what he termed “the softer aspects” of a flying club. “Through these strategic planning processes, for me, there have been great insights and great value in talking about some of the softer sides of the club, such as the importance of having mentoring and the importance of selling change, and changing our recruiting process,” he said. “I think it’s a little harder for people like pilots, and I’m an engineer by background, for people like us to say they really are important, and making those people connections and learning how to work with those dynamics are important for an organization like this.”

Steve summed it up best: “We’ve talked a lot about the planning, the analysis, and prioritization,” he said. “But we also did a roll out to the club where we just did a presentation at one of the all member meetings. We told them what we were doing, and what things we were doing right away, and what some of the longer-term plans are. So that was how we closed the strategic plan process for this year.”

Strategic planning is a big undertaking. It takes some time to do it well, but it is an investment that will pay dividends. It allows current members the opportunity to provide input and gives the club an assessment to make sure the organization is heading in the right direction or make changes to reflect current realities.

If your club is interested in learning more about strategic planning and the process that Flywell has used, feel free to contact Paul Wikstrom at [email protected].