Aircraft Spotlight: Conducting a Fleet Analysis is a Valuable Investment for Long-term Success

Normally the Aircraft Spotlight article looks at a particular aircraft type and evaluates its suitability for operations in a club environment across six areas of particular interest to flying clubs and their members: Operating Cost, Maintenance, Insurability, Training, Cross-Country, and Fun Factor.

This month, in keeping with the theme of planning in the New Year, we’ll look at the process of determining what aircraft a club should operate in its fleet. If your club is in formation, this is a critical step in attracting members and becoming operational.

But what about clubs that have been around for decades? Conducting a fleet analysis is a worthwhile activity every few years and there’s no better time to do so than while winter weather may be limiting your flying hours.

The Flywell Flying Club based at Anoka County-Blaine Airport (KANE) in Minneapolis, Minnesota does a comprehensive strategic plan every few years (see this month’s Club Spotlight), and part of that effort includes a fleet analysis. Flywell was founded in 1963, has 40 members, and operates four aircraft – a Cessna 172, a Cessna 182 RG, a Piper Archer, and a Piper Lance. The first step in conducting a fleet analysis is reviewing the club’s mission. This may change over time, and therefore could affect the choice of aircraft a club may want to operate. Some clubs are focused most on affordability, while others may be focused on providing modern aircraft with all the latest technology.

Flywell President Steve Schwister said the club historically had been “reluctant to have a student pilot or even a low time private pilot [as members]. We were biased much more toward experienced pilots. We challenged that.”

With membership aging and the airline pilot shortage growing, the club asked itself if they wanted to be a part of training the next generation of pilots, and the answer was yes. That discussion is an example of how Flywell broadened its mission through the strategic planning process in a way that could affect the fleet it offers members based on their needs.

Once a club has a clear sense of mission, the next step is to analyze three basic things – the type of flying your club members do, the ownership costs of your aircraft, and the utilization.

What Type of Flying Do Your Members Do?

As part of Flywell’s strategic planning, the club surveyed its members. “We asked what kind of flying do you do?” Steve said. “It was more of a qualitative look at things – sightseeing, business purpose, long trips, taking the family. Why were they flying, what was their mission?” That was one of the pieces of information that came from the club.

The other input the club looked at was a market trends analysis – what’s going on in the industry outside the club. Steve said most of Flywell’s focus during the latest analysis was on avionics. Several years ago, when LSAs were popular, the club considered whether that would be a good fit.

In addition to asking members what kind of flying they do, Flywell gathered the data they had to get a clear picture of club activity. “Having historical records is really important,” Steve said. “Having information on what the aircraft cost you, how much they’re flying, and how much you’re spending on maintenance and insurance is a great place to start.”

The club uses aircraftclubs.org as its scheduler, and used the information from there to get an idea on how the different aircraft were used. “We could see if someone had scheduled the 172, they were using it for an hour at a time, where if they were taking the Lance, they generally put five hours on it per appointment,” Steve said. “We can see the frequency and duration, so we got an idea of how the aircraft were being used.”

How Much Does it Cost to Operate Your Aircraft?

The next step was to conduct a cost of ownership analysis. In addition to looking at their actual costs over time for annuals, insurance, operations and availability and cost for parts, the club projected what would happen if it made a change. Would a different aircraft attract new members or would a different mix of airplanes result in more flying? What was the objective in trying to make that change?

Another aspect to consider regarding costs are the avionics and whether your club values consistency in the panel of the various aircraft. Flywell believes there is a benefit to having similar equipment in all four of its aircraft, even if it means spending more money. 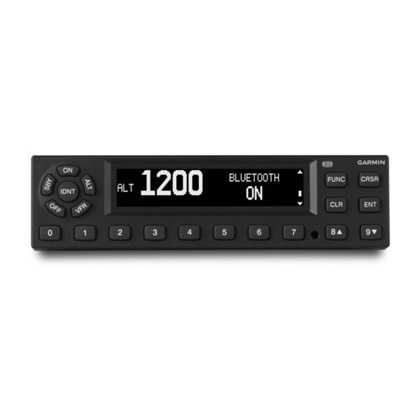 In order to meet the ADS-B out mandate coming in 2020, the club has upgraded three of its aircraft with the Garmin GTX 345 transponder. It had the opportunity to install a competing company’s equipment at a lower cost than the GTX 345 when they were ready to update the fourth aircraft, but they didn’t.

Paul Wikstrom, the maintenance officer for the club’s Lance and the member who led the strategic planning committee, said having similar equipment not only makes it easier for the pilot to transition between different aircraft, but it helps from a maintenance standpoint as well. “There are compatibility considerations and things that go into understanding how avionics interface with the aircraft,” Paul said.  “Having different brands and models just complicates significantly the support.”

Do You Have the Right Aircraft and the Right Number of Aircraft?

“The last thing we looked at was the utilization of the aircraft,” Steve said. “We asked ourselves not only do we have the right number of airplanes, but are they the right airplanes.” Flywell is a four-airplane club. In the survey of members, one of the questions they asked is if the club had to get rid of one airplane, which would it be.

“We sort of pressure tested the idea of what if we were a three airplane club,” Steve said. The result was “a pretty resounding ‘that’s a terrible idea, don’t do it.’ What we heard is people like the diversity of the club, liked the ability to schedule an airplane whenever they wanted and were willing to pay a little extra in overhead to be able to have that.”

Taking all of this information – the club’s mission, the type of flying members do or want to do, the operating costs of the aircraft, and how much they are utilized – will definitely take some time. But looking at your fleet every few years and analyzing whether it meets your member’s needs is a useful investment of time that will help keep a club viable and successful for years to come.