Are you familiar with AOPA’s Maximum Fun, Minimum Cost Seminar? If you’re interested in creating a flying club, or joining one, you’ll definitely want to attend the next one in your area. If there aren’t any scheduled in the near future, reach out to the AOPA Flying Club Initiative staff or our You Can Fly Ambassadors around the country and we can set one up in your hometown.

A great example of the effectiveness of the Maximum Fun, Minimum Cost seminar was on display earlier this month at Sun ‘N Fun, where AOPA celebrated the 100th flying club started as part of the You Can Fly program. The creation of the Midway Flying Club, based at Mid-Way Regional Airport (KJWY) in Midlothian, Texas, was a direct result of the founding members attending a Maximum Fun, Minimum Cost seminar about a year and a half ago. [See this month’s Club Spotlight for more on the Midway Flying Club.]

One of he founding members and club secretary, Bryan Jakubik, attended a Rusty Pilot seminar in the morning and decided to stay for the Maximum Fun, Minimum Cost seminar in the afternoon.

The Rusty Pilot seminar is a free, fun, interactive program that gives pilots who have been out of the cockpit for a while all the information needed to get current again. It covers a variety of issues such as medical reforms, weather briefings, preflight planning, FARs, and airspace. It also serves as the ground portion of a Flight Review, so there’s value for current pilots as well.

The Maximum Fun, Minimum Cost flying club seminar is an interactive presentation on how to start, run, and benefit from flying clubs. These seminars, are held around the country and provide an opportunity to network with others who share your interest in forming a club or taking an existing club to the next level. These seminars are the fertile ground where flying clubs start the process of germination.

In Bryan’s case, he wasn’t interested in starting a club. After the Rusty Pilot seminar he stayed for the Maximum Fun, Minimum Cost presentation hoping to find some members of a club he could join. Instead he learned the ins and outs of what’s involved in creating and running a club. Through AOPA Ambassador Pat Brown, who led both seminars, Bryan got connected to a few other people interested in forming a club. 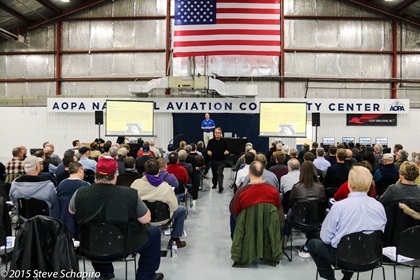 One of those people was Thierry Saint Loup, who became the club secretary. “The value in [the seminar] is that in an hour or two you get all the basic information that you need to get started,” he said.

Start with the basics

The Seminar begins with a brief overview of the You Can Fly program and the four key components:

It also explains what a flying club is, as well as what it is not. The one definition that matters is what the FAA considers as a club: “A nonprofit or not-for-profit entity organized for the express purpose of providing its members with aircraft for their personal use and enjoyment, only.”

The seminar details the benefits to an airport of having a club on the field – such as increased fuel sales, maintenance, hangar rental and flight training opportunities. And it goes into why individuals would consider joining a club.

Besides the increased affordability compared with ownership, clubs provide an entry point into aviation, and most importantly a community to provide or get mentorship, encourage safety, and to have fun. After all, flying clubs are primarily social organizations.

One of the benefits of going to the seminar is learning about all the downloadable resources AOPA has available online for starting a club, including a checklist to follow to make sure you cover all the main points. 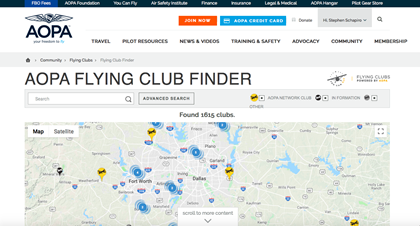 The seminar explains how to use the online Flying Club Finder, which shows both established flying clubs and those in formation. “On the Flying Club Finder website you can see the map of the U.S.,” Thierry said. “That is the best way to find clubs. I would not have known about the other members [without the finder].”

The Maximum Fun, Minimum Cost seminar goes over the principles that will provide the foundation for building a club – the mission, vision, and values, as well as the nuts and bolts of choosing an aircraft and how to structure the club. That was one the primary takeaways for both Bryan and Thierry.

“The biggest thing was the different ways of forming a club and finding out how to set it up,” Bryan said. For Thierry, it addressed questions he didn’t even know to ask, like whether to be an equity or non-equity club. “I didn’t realize there were two different options,” he said. “And whether to be an LLC or a corporation, that also was enlightening.”

One of the most important decisions in forming a club is choosing a location. One of the reasons Midway Flying Club chose Mid-Way Regional airport is the lack of flying clubs on the south side of Dallas. “I looked up at Addison, I looked at McKinney, even over at Meacham,” Bryan said. “They all have clubs north of Dallas, but there’s nothing south of Dallas. In addition, “It was one of those areas that I felt it was the right place to get that community going, a social community,” he said. The fact that the runway was long and in good shape, and it was an airport with less traffic than some of the other airports in the area, only made Mid-Way more attractive to the club. 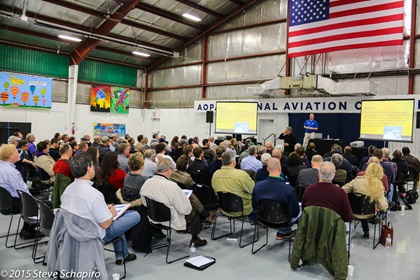 What is often an important part of the seminar for most new clubs is how to develop a budget and cost structure. There are three main types of expenses  -- start-up costs to get the club up and running; fixed costs – which you have to pay whether the plane flies or not; and variable costs that are directly related to flying the aircraft.

To illustrate the benefits of a flying club, there is a cost comparison of a flying a Piper Cherokee if you are an individual owner, renting from an FBO or in a club with 10 members. The Maximum Fun, Minimum Cost runs through the budget considerations for each and demonstrates the value clubs offer. The final piece of the seminar addresses running your club. It looks at attracting members, how members can join or leave the club, and community outreach.

But Bryan thought the best part, “was just being there to find other people and find a way to get it done.”

“You go to the seminar and it tells you basically everything that you have to do and answers questions you may have,” Thierry said. “The amount of information in a short package is invaluable. It fills up the potholes before you fall into them.”

Find Out More by Contacting AOPA