Club Spotlight: Flying the Backcountry with the T-Craft Aero Club

The club, based in Nampa, Idaho, has a detailed Backcountry Flying Policy outlining the requirements a member must meet in order to fly to dozens out of the way airstrips, and it hosts several safety seminars and learning opportunities for members to improve their skills.

The image most people think of when it comes to backcountry flying is a taildragger with tundra tires following a winding river through a narrow canyon before landing on a tiny gravel sand bar. 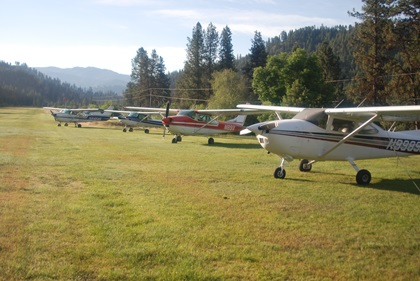 But backcountry flying is more than that. Rene Robillard, the Massachusetts State Liaison for the Recreational Aviation Foundation (RAF), said the organization takes a broader view of backcountry flying, saying any unpaved strip can be considered backcountry, particularly when it’s in more rural areas. So if you’re flying a C-152 to a grass strip to do some hiking for the afternoon, that could be backcountry flying just as much as the Super Cub in Alaska flying through canyons.

In Idaho, the traditional view of backcountry flying definitely holds true. The state has approximately 100 improved backcountry strips, or grass or turf/gravel combination strips. “If you were to look at Idaho on a map you would see there is a big chunk of wilderness in the middle of it that’s not real accessible without a lot of driving. So places that you couldn’t drive to at all or places that you could drive to in say three hours you can be there in 40 minutes,” T-Craft Aero Club President Ben Brandt said. 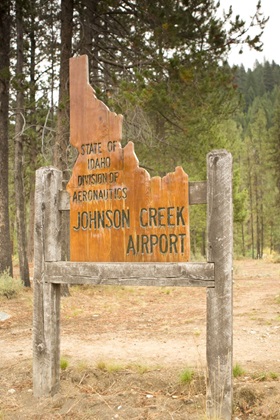 Members can take any of the club’s seven aircraft into the backcountry, but a pilot must attend a club sponsored backcountry safety seminar each spring or similar mountain flying course and be checked out for backcountry flying by a club instructor.

“Backcountry flying in Idaho is all about access,” Ben said. “Access to beautiful mountain strips, and many places are improved such that there are great camp grounds, maybe with hot showers that are really set up for the pilots.”

The club has 105 members and another 25 on a waiting list to join. There are 37 members checked out and approved to fly club aircraft to backcountry strips. The club’s detailed Backcountry policy includes three levels of flight proficiency, which get progressively more advanced and requires more experience before sign off. 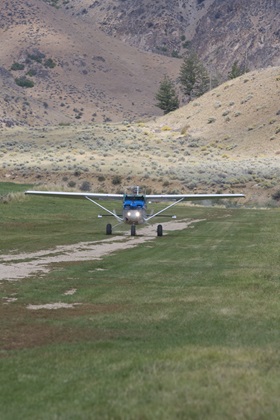 “The highest rated airport or so-called airport in that Middle Forks [area] up the Salmon River, where a lot of these strips are, is a mile high,” Ben said. “It’s RHI is 49 or 50. Those [strips] aren’t listed [by the club]. Those aren’t strips that you’d fly a 182 into.”

To earn a Level I checkout, a pilot must have 150 total hours, 50 hours in make and model, and 5 hours PIC in the last 60 days in make and model. They must also pass a check flight with CFI consisting of flying into a minimum of 6 different Level I airstrips. 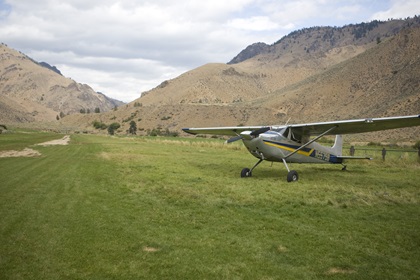 Each May the club holds a mandatory backcountry safety seminar to kick off the summer flying season. “The strips start to open up and the snow recedes and we talk extensively with our membership about [aircraft] limitations and to make sure you have plenty of margin to fly safely in the backcountry,” Ben said. 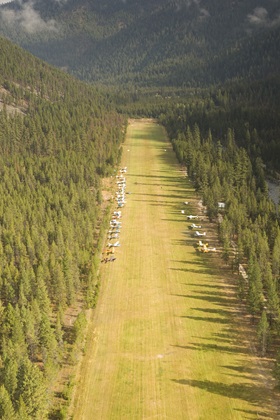 The seminar also takes a look at some of the accidents that have happened in the backcountry, what the problem was, and members are reminded to leave plenty of margin and to be safe.

The most important aspect of flying in the backcountry is “knowing yourself, your airplane, and the environment,” T-Craft Membership Director and Backcountry Flight Instructor Jim Hudson said.

Ben added the most important thing for flying in the backcountry is to be comfortable flying the airplane slow. “Speed in the mountains gets you in trouble because it just changes the amount of time you’ve got to make a decision. And you’re going to be in some situations where you’re going to need to fly the airplane slow either to make the turn that you need to make or land where you need to land,” he said. “Being able to competently and safely fly at the lower end of your airspeed is the most important part of mountain flying. If you can fly your airplane slowly, then you can put it wherever you need to be.” 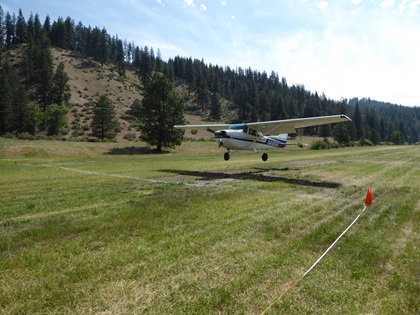 Each summer the club hosts a fly-in at Garden Valley, a Level I strip. Usually all of the club planes and about 30 to 35 people attend. The event features a spot landing contest and a bean bag drop. More importantly, club approved instructors provide free backcountry instruction to members who want it, all the member has  to do is pay the hourly rate. It’s an opportunity for members to hone their skills or get some backcountry experience while building camaraderie in the club.

Flying in the backcountry can be a lot of fun, but it requires pilots get the proper training. One of the big attractions is the access backcountry flying provides. “Whether it’s viewing some wildlife or flying into a strip that you haven’t been into before, or all the scenery and all the different things you can see,” Ben said.

But another piece is the challenge. “There is the sharpening of your skills on your spot landings or maybe holding the centerline on a strip that’s got a little bit of a crown to it and is not as wide as what you would find at your local airport. Being aware of things like altitude density and [honing] your pilotage skills” are all benefits of backcountry flying, Ben said.

For Jim, the best part is “it’s challenging, beautiful, exhilarating, and fun.”