The Aircraft Spotlight feature normally looks at an airplane type and evaluates it across six areas of particular interest to flying clubs and their members: Operating Cost, Maintenance, Insurability, Training, Cross-Country, and Fun Factor. This month we are doing something a bit different.

Instead of highlighting one aircraft, we will provide some basic information about some characteristics to look for in a good backcountry airplane. Rene Robillard, the Massachusetts State Liaison for the Recreational Aviation Foundation (RAF) share his thoughts and experiences.

What is Backcountry Flying?

The first step in looking at what characteristics make a good backcountry aircraft is to determine what “backcountry” means. When most people hear the term backcountry flying, the image that comes to mind is a Super Cub with Tundra tires landing on a small sandbar on the side of a river in Alaska. 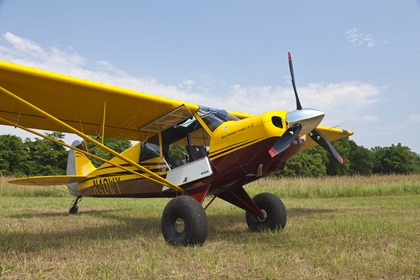 “Everybody can pretty much agree that meets most people’s definition of backcountry,” Recreational Aviation Foundation Massachusetts State Liaison Rene Robillard said. “The reality is, that is not the only definition for backcountry. ‘Backcountry’ is going to be something each pilot would have to define themselves and determine what is backcountry to them.”

Usually it’s going to be an airport that has less service than a pilot is used to, or no service at all. It could just be a runway, no FBO, no fuel, nothing at all. And that runway probably isn’t paved. It may be gravel or turf. “When we talk about backcountry, we are talking about unprepared or unimproved,” Rene said. He pointed out that a pilot who is used to flying something like a Cirrus in the system between Class C or Class D airports, flying to an airport without a tower, and little to no service may be if backcountry to that pilot.

For the purposes of this article, we’ll define backcountry as an airport without a paved runway – either gravel or turf.

Just like any club must do when choosing an aircraft for its fleet, the first question to ask is what is the mission that aircraft is meant to serve. The answer will guide what characteristics are most sought after in a backcountry aircraft.

To determine what makes a good backcountry airplane, the answer lies with the pilot and their objective. If someone wants to go the woods where there aren’t many people around to go for a hike, then pretty much any aircraft would do. “Can people go out in a [Cessna] 152, land on a grass runway and go for a hike for the day? Well that was their backcountry experience,” Rene said. “If you intend to go out and go hiking and shoot a moose, the 152 is no longer your backcountry airplane.”

The reality is when flying into unimproved strips, you want an aircraft that can handle a little more rugged surface when landing. “Things like larger tires, and I would stress you don’t need $4,000 bush wheels or tundra tires on a Super Cub to do this,” Rene said. “You can do this in a C-182 that has just slightly bigger tires.” The larger tires provide a little better ground clearance for the prop and a little bit smoother operation on the ground.

Flying a taildragger also provides better prop clearance, but that doesn’t mean nosewheel aircraft can’t be flown in the backcountry. The T-Craft Aero Club has a fleet of seven aircraft – a C-152, three C-172s, and three C-182s. All but one are standard aircraft without any improvements for backcountry flying (See this month’s Club Spotlight).

Good short field performance on landing and on takeoff is important, with an emphasis on the takeoff. An older model C-172 with the big 45-degree flaps, can land at speeds as low as 30 mph, Rene said. They can get in anywhere. The problem is they’re not going to get out, especially if the strip is in a high density altitude environment.

One thing that may help is a climb prop. “Now you have the ability to get yourself out of the situation you just got yourself in to,” Rene said. “It will be a little bit easier for you to get out than if you had a cruise prop.” Another critical performance consideration is low speed handling. Rene suggested one of the easiest ways to improve performance in this area is by adding vortex generators (VGs), small tabs that stabilize airflow over the wing allowing for higher angle of attack. “For under $1,000 you can have these things on your airplane in about a day and go out and improve your slow speed handling by a large margin,” he said. “This is something that if you talk to anyone who has done it to their airplane and has flown it both ways, most people would not fly it without the VGs once they’ve put them on. It doesn’t impact the cruise [speed] at all, it just gives you improved slow-speed handling characteristics and could potentially improve the stall speed.”

Short Take-Off and Landing (STOL) kits are another consideration. “The 182 STOL kit is unbelievable,” Rene said. Typically STOL kits include something that alters the leading edge that changes the camber of the wing and wing tip modifications for better lift and slow flight handling. 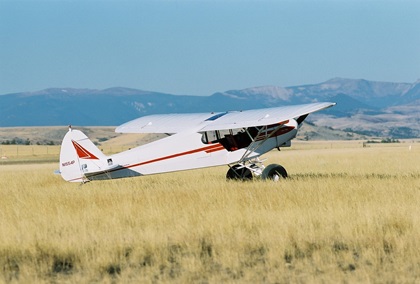 Backcountry flying does not require a specially built airplane, Rene said. Certainly getting a light-weight, modern Cub variant with plenty of horsepower will do the job well, and provide plenty of fun, but your standard C-172 or Cherokee can be just fine.


The key is understanding the conditions you are flying in and your aircraft’s performance, considering things like weight and density altitude. And for a relatively low cost, modifications can be made to improve slow flight characteristics of the most common general aviation aircraft. “Any plane is a backcountry airplane if you prepare it properly and your backcountry mission is inline with that plane’s capabilities,” Rene said.