There are two dates most pilots can tell you without hesitation – the date of their first solo and the date they passed their practical exam to earn their Private Pilots Certificate. Those are the milestones that tend to be the most significant in a student pilot’s path to earning their wings – and the two that are generally celebrated.

For one member of the Tri State Flying Club, based in Angola, Indiana, there was a third milestone that was worthy of celebration. When Brad passed his written exam the club threw a party. And with that a club tradition began – recognizing member achievements with a party that the entire family can attend. 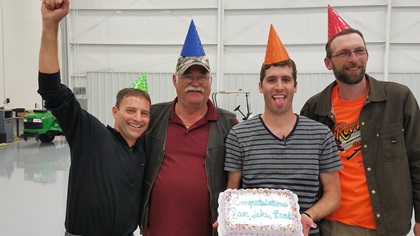 “Bring your spouse, bring your kid, bring your dog,” Club President Jacob Balyeat said. “This is a fun for all family event, and literally that’s what they did. They brought kids and dogs.”

Brad was one of the club’s initial members when the club formed two years ago. He had started and stopped flight lessons several times over the past 20 years. He runs a family-owned business, which keeps him busy. Not to mention he has kids. Life had gotten in the way three times, Jacob said.

But when he joined Tri State, Brad was determined. He started flying again, and his almost 16-year-old son thought it was pretty cool. “He knew his dad had taken flight lessons before and in the past always wanted to be a pilot,” Jacob said. “And then his dad soloed! Then he passed his written exam and his son thought, ‘He’s serious this time.’” 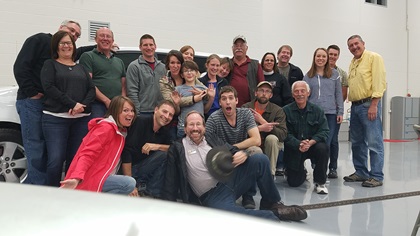 When Brad passed his written, “it was a big deal at the local airport community because everyone knows that Brad has been trying to make this happen for a long time,” Jacob said. “I couldn’t tell you the last time he took any kind of test. He went, he did it and he passed! We are so proud of him; it was spectacular. It is a big deal. So we had a big get together for him.”

The Benefits of Parties

Holding celebratory events to recognize member achievements offers many benefits. It’s a great way to build camaraderie among members and their families, as well as create a culture of continued growth. It’s often said a pilot’s license is a license to learn. Celebrating that aspect of flying encourages members to fly more, to earn advanced ratings or endorsements, and in turn improve safety.

It’s always helpful for any pilot, whether they are in a club or not, to have the support of their family. As with any hobby, particularly one that costs money, being able to share it on any level with family can minimize any reluctance a spouse or family member may have. Having a party that provides opportunities for families get to know each other and enjoy each other’s company goes a long way to achieving that goal. It’s a welcoming environment that is about more than just flying. 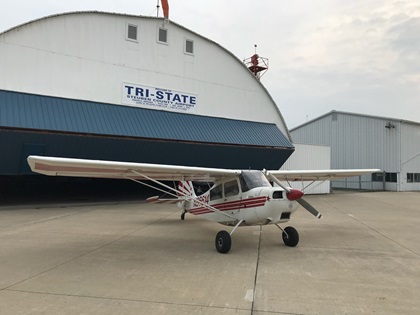 In fact, the camaraderie is so strong at Tri State, members and their families have vacationed in Florida together and they spend time doing things like hunting and water skiing together. “It’s made connections for myself and a bunch of other people that are not strictly limited to flying,” Jacob said. “It’s been really great because of the individuals that have come together. We’ve been very fortunate that it’s come together as nicely as it has.”

In addition to building relationships and having fun together, having events to celebrate member achievement creates a culture of learning, safety, and growth. If members see other members accomplishing goals – whether it’s a milestone toward a private pilots certificate, or going on to earn an IFR rating or a tailwheel endorsement – members are more likely to continue their own flying education. 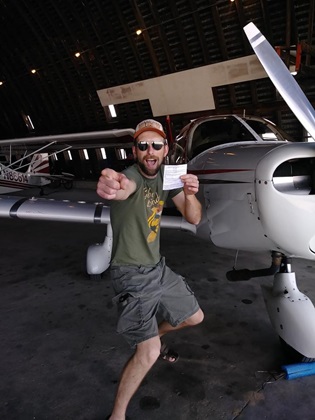 This ongoing learning environment creates a solid foundation for safe operations, and likely will lead to more flying, which helps everyone. More active members helps create a stronger club, and flying more means more fuel sales, which benefits the airport.

Tri State has had several achievement parties. The first few have been potluck events in the club’s hangar and clubhouse, but future events are likely to be at a restaurant. “All the families and all the significant others had a good time together,” Jacob said. “We’ve done it twice since then for big and small milestones and we’re looking forward to having another big one in the winter.” This time Brad will get to be on the cheering side. His son Alex is about to earn his Private Pilot Certificate.