Club Spotlight: The Austin Aviators: A Texas club with an international flair

The Austin Aviators Flight Club looks like most other small flying clubs – it has 10 members and one airplane, a 1968 Piper Cherokee 235. Its mission is “to promote safe, enjoyable flying and family-friendly aviation related activities.” It is a 501(c)7 non-profit organization “dedicated to providing a social setting and inexpensive flying to its members.” However, a few provisions in its bylaws reveal it is quite different from most clubs—it allows international flying.

“One of the main things for me when I was trying to join a club was to make sure the club would allow international travel,” Club President Ranferi Denova said. “That was something I wanted to do in the future and I wanted reassurance that international flying would be allowed.” Ranferi was born in Mexico and still has some family there including his grandmother and some cousins, and most of his wife’s family is in Mexico, as well.

About two years ago Ranferi attended a meeting at Austin Executive Airport (EDC) in which a group of pilots were going to have an open discussion about forming a flying club and what kind of airplane people were interested in. He was thinking about starting a club with a Diamond DA-40. 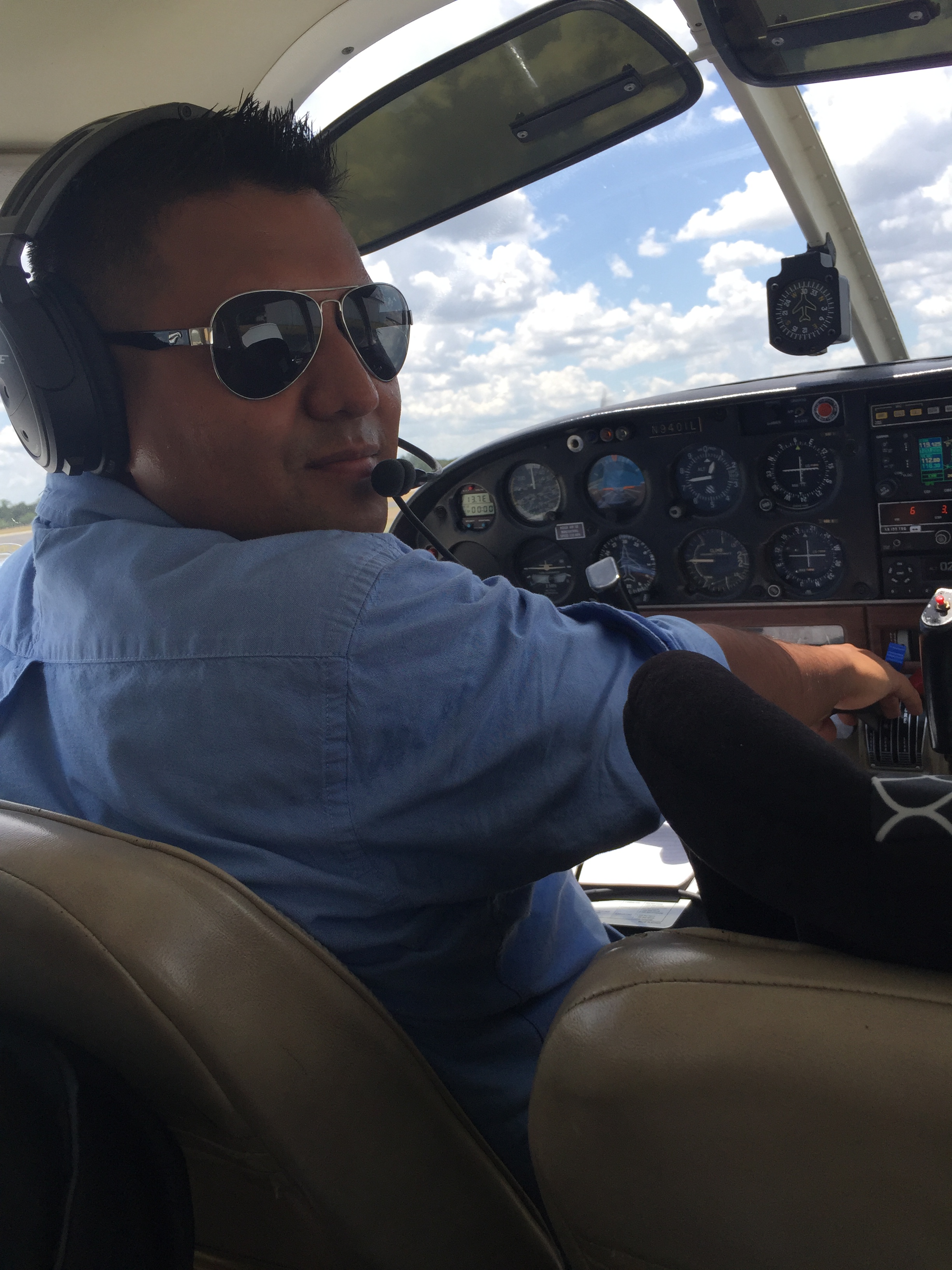 At the meeting he met Katherine Harrison and David McWilliams who were looking to start a club with a Piper Cherokee 235 that they had identified to purchase. The three of them founded the Austin Aviators in May 2016 with Katherine as president, Ranferi as vice president, and David as treasurer. “We got a lot of help from [AOPA Ambassador] Pat Brown – from finding the airplane to getting an attorney to help us with the paperwork,” Ranferi said. “He was tremendously helpful.”

The first thing the three of them did was purchase the plane and host a Rusty Pilot Seminar. Following the seminar they held a meeting about flying clubs that resulted in two additional members. “During our first week of officially opening the club there were five of us,” Ranferi said.

The Austin Aviators is an equity club limited to 10 members. Each paid $5,175, which covered a one-tenth share of the aircraft ($4,200) and $975 went to the initial maintenance budget. If a member leaves the club, they are responsible for selling their share, although the club will assist in advertising the opening through Facebook, Craig’s List, or other ways. Dues are $120 a month and the hourly rate is $105 per hour, tach time, wet.

The previous owner of the club aircraft was a friend of the first president, Katherine. The purchase price was $42,000 and the owner agreed the club could pay a one-tenth portion of the purchase price as each new member joined and didn’t charge interest or require any financing.

“It was a very generous offer,” Ranferi said. “I honestly haven’t heard of anyone else getting a similar deal. Usually there is some sort of interest component of it, but we weren’t charged any interest and it worked out really well.” 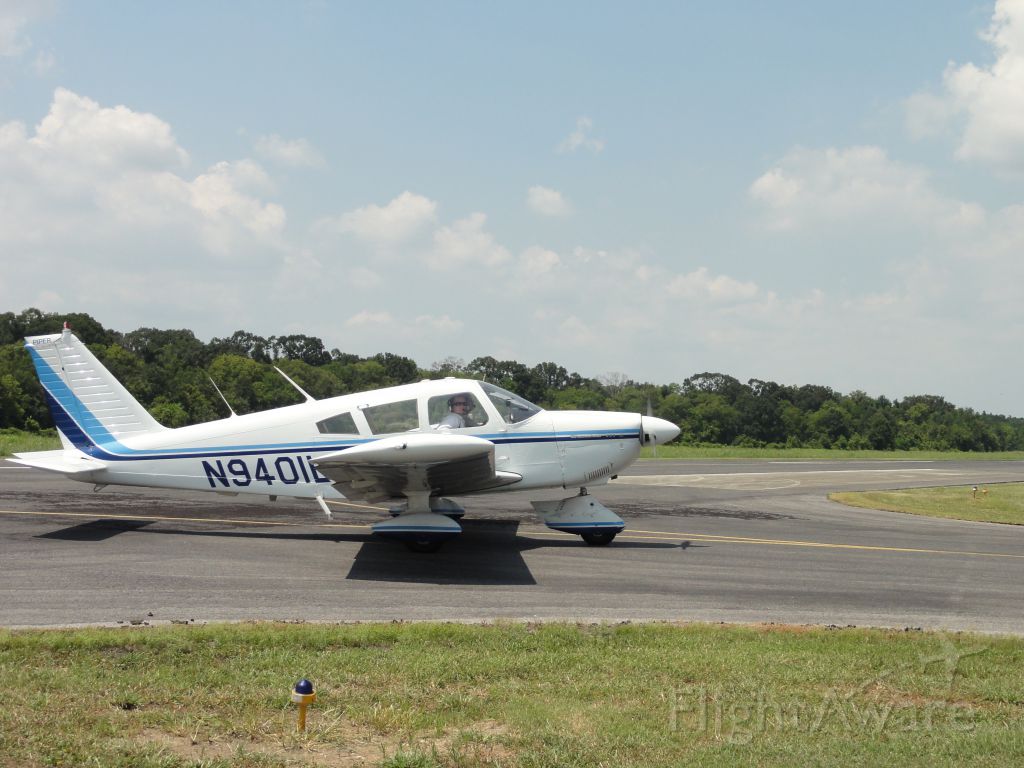 In the first month of operation, the club had paid off half of the purchase price. After about six months, the club made a concentrated effort to fill the remaining five slots. “We were at a point that we had to make every effort possible to get more members because we were basically running out of money without the other five members’ fees,” Ranferi said. “We increased our monthly dues by $10 to accommodate our fixed costs and basically went all in to find new members.”

Using social media to fill out the membership 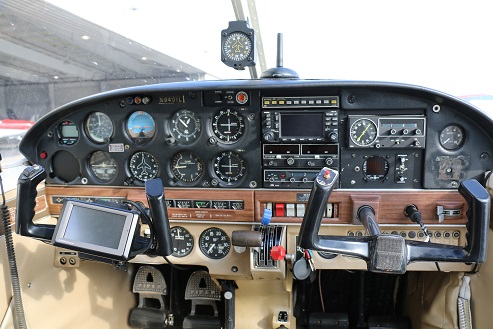 The members range in age from 30 to the mid-50s and include both certificated pilots and students. At the time of writing three out of the 10 members were students, with two nearing completion of their Private Pilots Certificates. Ranferi, who was a private pilot when he joined the club, earned his IFR rating in the club Cherokee.

One of the important aspects of the club is the social component. Members try to meet at least once a month after work for happy hour or for dinner. Sometimes the club meeting will be at a restaurant and once the official business is complete, members can stay and enjoy each other’s company.

And like most clubs, there is a good deal of hangar flying – both at the airport watching planes takeoff and land and through social media. “More than anything we have a special Facebook chat,” Ranferi said. “Regardless if the airplane is down for maintenance, we’re extremely chatty on that Facebook chat, so we’re socializing a lot.”

Besides being president of the Austin Aviators Flight Club, Ranferi is an administrator of a Facebook group that goes beyond the club, called Austin Pilots. The group has more than 1,300 members and when the club sponsored a seminar on flying to Mexico with the goal of organizing a flyout, Ranferi advertised it with this Facebook group. 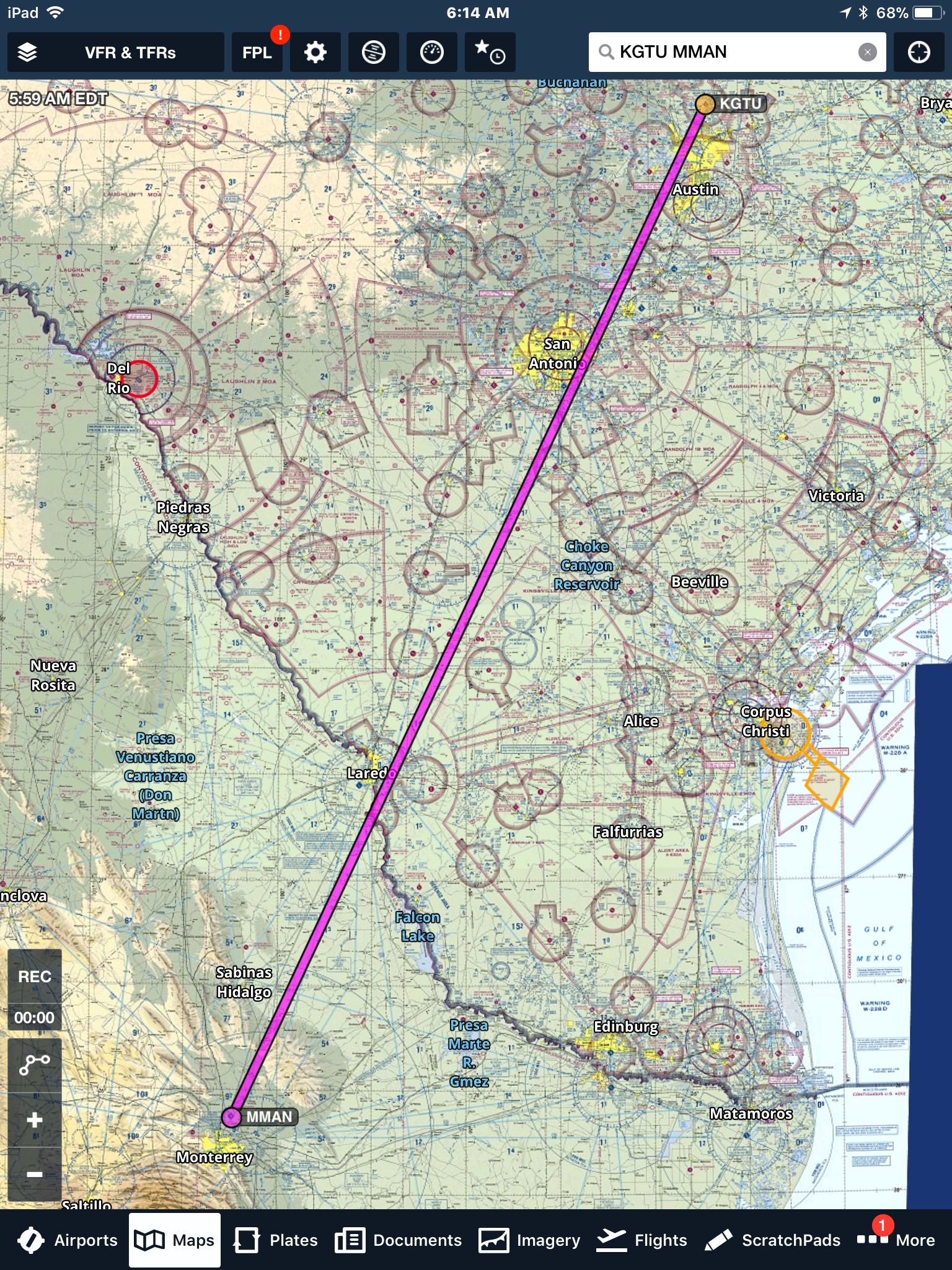 “Before joining this club, I shopped around, and pretty much all of the other clubs said flat out, ‘no international flying, period. And there’s no chance you’ll change our minds.’ A few of them were open to the idea.” Ranferi said. “The fact that I was number three in this club, meant that we put it in the bylaws – it would be available and it would be an option for those of us who want to do it.”

“The reason for the verbiage is because we were making payments on the airplane,” Ranferi said. “We wanted to wait until the airplane was paid in full before we would make those types of flights.”

Once the club reached 10 members, which took about seven or eight months, the plane was paid off. It was time to get supplemental insurance to fly internationally. Although the bylaws state only those members who plan to fly internationally would be responsible for the added costs, all of the members pitched in for the insurance, the Customs and Border Patrol (CBP) decals and other costs associated with flying out of the country. 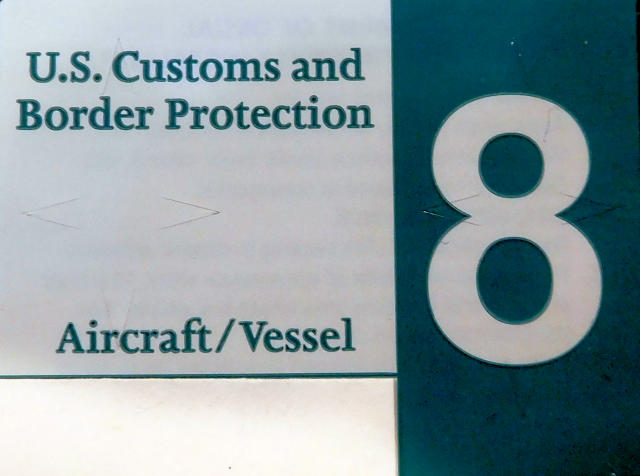 The supplemental insurance costs around $150 a year, the CBP decal, which is good for one year is about $30, and the FCC radio license for the airplane is good for 10 years and costs $165, however the FCC fee was waived because Austin Aviators is a non-profit organization. Pilots are required to get an FCC permit for themselves (each pilot needs their own), which costs $65 and is good for life, and each pilot needs a Mexican multi-entry pass, good for one calendar year, and costs about $90.

The club sponsored a seminar on how to fly to Mexico in February and in April organized a fly-out of four airplanes to Monterrey, which you can read about in this month’s Event Spotlight.

The success of the first event will likely lead to more fly-outs to Mexico and hopefully teach pilots both in and out of the club that with a little preparation, international flying is safe, fun, and presents another opportunity to exercise the freedom to fly.

In less than two years, the Austin Aviators Flight Club went from just an idea to a full-fledged club with 10 members and an aircraft that it has paid off. Its bylaws specifically address flying internationally and the club, through Ranferi, is encouraging members to do so, as well as the broader general aviation community in southeast Texas.