When you look for a mentor or a coach, you want to find someone who is not just knowledgeable about a topic, but who also possesses a genuine passion for it. When it comes to flying clubs, it would be difficult to find two mentors more enthusiastic about them than AOPA’s Flying Club Initiative Director Steve Bateman and Manager Michael Hangartner. 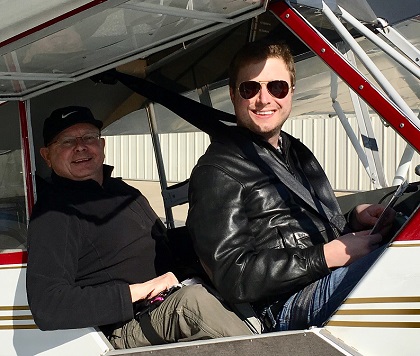 The coworkers—who spend much of their days offering advice to flying clubs across the nation—are currently in the process of forming their own: The Westminster Aerobats Flying Club. This is the first in what we expect will be a series of articles documenting their experience with the many aspects of starting and operating a successful flying club.

The goal of these articles is to provide advice and best practices learned in the field, and to walk you through the process of building a club from the ground up.

“The advantage is we have a good background in clubs,” Steve said. “And we’ll continue to enhance our best practices based on our personal experiences and the realities that we’re always in the process of discovering.”

In this first installment, we explore the genesis of the idea for the club and the initial steps Steve and Michael took to start The Westminster Aerobats Flying Club based at Carroll County Airport (DMW) in Maryland.

Impetus for the Club

The idea for the club originated with Steve, who owns a 1980 Cessna A152 Aerobat (see this month’s Aircraft Spotlight for more information about operating a C-150 or C-152). He used the aircraft to provide instruction to students at Chocks Away Aviation, his flight school in Hebron, Nebraska before taking the Flying Clubs position with AOPA. Soon after joining AOPA, Steve flew his Aerobat cross-country to Carroll County Airport (DMW)—its new home. The location was chosen because hangars were available, and because the airport has a vibrant culture. In order to share the aircraft and allow others to enjoy it, Steve decided to form a club around it.

“As soon as Steve mentioned the idea of putting his Aerobat in a club, I knew I was in," Michael enthused. “The virtues that we are always extolling about flying clubs—that they make flying more affordable, more accessible, and more fun—are all things that we truly believe." The aspect of fun, in particular, is one that makes him excited about the club’s future. “Steve and I have already been talking about ideas for trips we can take in the 152, and for social events that we can hold at the airport. Plus, I have always wanted to learn aerobatics. Now I’ll have easy access to an aircraft that will be perfect for that."

The club’s stated purpose “is to encourage and promote an interest in aviation, to advance the knowledge of its members in aeronautical subjects, and to bring more people the social benefits and pleasures of recreational flying in a club.” Steve plans to retain ownership of the aircraft and lease it to the club, allowing a group of pilots to fly it. For more information about whether to buy or lease a club aircraft, see the this month’s Question of the Month.

From the start, The Westminster Aerobats Flying Club, Inc. has a lot going for it. Much of this has to do with the versatility and economy of the aircraft that the club is forming around: the Aerobat. The A152—in keeping with its name—is a fully aerobatic aircraft that can be used for spin training/recovery, as well as for aerobatic training.

Another advantage is Steve’s A152 is IFR equipped, and contains a recently improved panel that includes a Garmin GND430W GPS navigator, a King KX155 nav/com, dual glide slopes, King DME, a PS Engineering audio panel, and a Garmin GTX345 with ADS-B OUT and IN. And lastly, the A152 is simply a fun aircraft to fly. 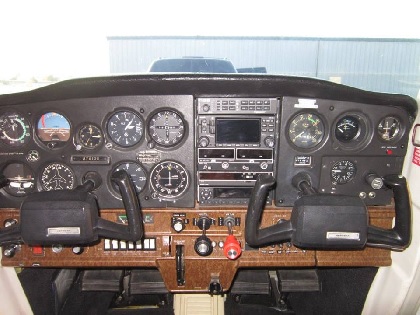 In addition to the aircraft, Steve and Michael both have experience working with a lot of clubs, and Steve has been a club board member, giving him extensive knowledge of some of the best practices and potential pitfalls within club management.

When Steve decided to bring his Aerobat to Maryland, the idea of starting a club began to form. The first thing he recommends any club in formation do – whether you have an aircraft or not – is to find a hangar or get on a waiting list.

“One of the things we talk to early clubs about is don’t just assume that when you get an airplane, you’re going to get a hangar,” Steve said. “Even if you don’t have an airplane, get on the waiting list now.”

The next step Steve and Michael took was identifying possible members. “Once I had the hangar, two of the other ingredients are the people, the members, and then all the processes and procedures around it,” Steve said. “So the next thing I did was start trying to find if there was interest at the airport that I was hangaring the airplane. I met with the local EAA chapter, I got to know people there at the airport.”

Everyone Steve spoke with felt having a club at Carroll County Airport would be a good addition. Even pilots who owned their own planes and aren’t likely to join a club expressed support for growing the aviation community through a club.

Steve hosted a “Maximum Fun, Minimum Cost” seminar, which is something any club in formation can do by contacting the AOPA Flying Club Initiative staff. There are five regional ambassadors who are available to present the seminar at your airport.  Existing clubs looking to grow can benefit from it as well, as the seminar is a great way to find new prospective members. 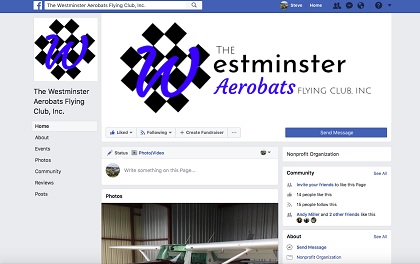 Then the next thing was to advertise the next club meeting. Steve and Michael designed and printed flyers that they distributed to neighboring airports within 50 miles of Carroll County Airport, as well as to local businesses like grocery stores and banks. Research shows people are willing to drive about 45 minutes to get to an airport and fly. They also advertised the meeting through the AOPA Flying Club Facebook page.

SkyTech, the FBO at Carroll County Airport, has been supportive of the club and generously allowed the club to use its meeting room. Working with an airport’s existing FBO is not only the courteous thing to do when forming a club, but it can be a very practical and beneficial relationship to develop. Many FBOs want to have a club on the field because it increases business, but it is important to understand the FBO may run a flight school of its own or there may be flight schools on the field that also uses the FBOs services. All the parties should have a good working relationship so none of the entities are unintentionally taking business away from anyone else.

The club’s goal is have 10 members. At its first meeting in February, there were four people – Steve and Michael, and two people interested in learning more. In March, another meeting was held with a total of five people – three of whom were new. And since that meeting another two or three have expressed interest, so the club is generating membership leads. The club name was chosen at the first meeting and The Westminster Aerobats Flying Club Facebook page was created.

There are two important things to do in preparation of the initial meeting. First, advertise there will be food – coffee and donuts are easy to provide or perhaps host a BBQ. We all know pilots love to eat, so the offer of food might be all it takes to get people to attend.

The second critical piece of information that is helpful to prepare to attract members is developing a cost model. First contact your insurance company, even if you don’t have a plane yet, and get a quote or an idea of what insurance is likely to cost for aircraft you may operate.

Then determine the fixed costs – the monthly hangar or tie down fee, lease payments or finance payments for the aircraft (if applicable), annual, and the cost of regular maintenance such as a 50-hour oil change or 100-hour inspection, which AOPA strongly recommends. From there you can start to develop a reasonable buy in fee, monthly dues, and hourly rate. The Westminster Aerobats plan on a $1,000 buy in, $100 per month dues, and an hourly rate of $80 Hobbs time, wet. 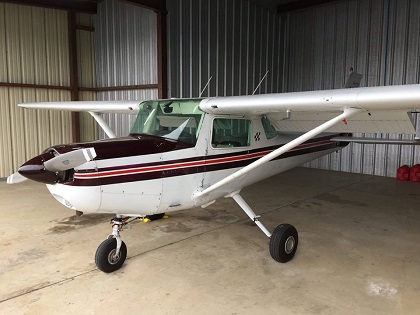 Potential members will want to know what the costs will be, so having a cost structure determined is important to have at an early stage of club development. Not only will it provide the answers for those interested in the club, but it also shows the potential members that the club founders are serious and have put some thought into how the club will operate. This helps create the trust and confidence in club leadership.

The greatest initial challenge to getting the club off the ground was finding enough committed members to begin. The goal was to find at least five members prior to incorporating—a goal that the club recently achieved.

After reaching its goal of five founding members, The Westminster Aerobats Flying Club went through the process of incorporation. The club hopes to be active by April. It is continuing to look for additional members, so if you’re interested, contact the club at [email protected].

As The Westminster Aerobats Flying Club continues to grow and Steve and Michael continue to experience the ups and downs of starting and growing a club, we will continue to share their real experiences through a series of articles.

Some of the future topics will examine the process of developing bylaws and operating rules, as well as how to determine the organizational structure of the club. We’ll talk about building a culture and camaraderie, look at possible events, provide guidance on club maintenance practices, and of course, safety. We hope you will find this series of articles useful as you either start your club or evaluate best practices to continue your club’s success.