The Aircraft Spotlight feature normally looks at an airplane type and evaluates it across six areas of particular interest to flying clubs and their members: Operating Cost, Maintenance, Insurability, Training, Cross-Country, and Fun Factor. This month we are doing something a bit different.

Instead of highlighting one aircraft, we will provide some basic information about operations and maintenance of gliders in general and briefly describe four popular gliders that are used by soaring clubs throughout the U.S. – the Schweizer SGS 2-33, the Grob 103 series, the Blanik L-23, and the Schleicher ASK 21. Cleveland Soaring Society Secretary David Nuss and Burt Compton, owner and operator of Marfa Gliders Soaring Center in Texas, who also is an FAA designated examiner and a trustee of the Soaring Safety Foundation, share their thoughts and experiences.

Gliders have evolved over the years from wood and fabric designs, to metal, to fiberglass. With the evolution has come better performance. Gliders generally last 20 years, and some have been flying for 30 or 40 years, Burt said.

However, “The market is very tight. Finding good used two-seaters is difficult,” Burt said. “There are a few Grob 103s that come up for sale regularly, but you need to look at what the gel coat looks like and have the ADs been complied with and does it have a trailer?”

There are two key questions to ask when buying a glider – is there factory support for your aircraft, and how nice is your trailer?

“You just can’t leave a glider outside, of any type,” Burt said. “People do, but the value degrades quickly.” Your trailer is your hangar. They’re not boat trailers. They are enclosed and have special riggings and dollies that you roll the wings in on. Trailers run from $8,000 to $10,000 for a used trailer that might need a little work to the top of the line Cobra trailer that costs $15,000. 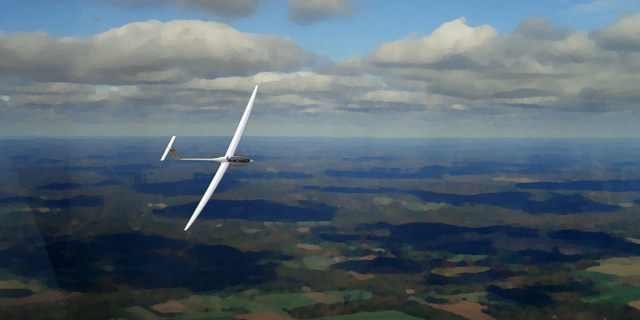 Factory support is important because while gliders are simple machines with fewer systems and components that can have problems, if an AD arises and there is no factory support, getting parts could be challenging. Burt did note that the FAA does allow owner manufactured parts and other methods of compliance.

If you are looking to buy a new glider, it can be expensive because they are hand made in Europe, and there is likely a waiting list. When Burt bought his ASK 21 he had to wait two years for it to be manufactured.

Like powered aircraft, insurance varies widely depending on the value of the hull. The Soaring Society of America (SSA) has good resources regarding insurance for both individuals and groups on its web site insurance page.

Maintenance is generally a bigger concern for the tow plane. It’s going to have high cycles, meaning the tires and brakes will wear quickly and the constant takeoffs and landings all day can be rough on the engine. Burt says it’s rare for a tow plane to get to TBO before it needs maintenance and he recommends that clubs have at least two tow planes in case one is down for maintenance.

The biggest areas of maintenance for gliders are also the wheels and brakes. Most incidents occur during ground handling, when it’s easy to catch a wing tip on something or damage the canopy if you’re not careful, particularly on a windy day.

Here are some popular glider models in use by clubs today. 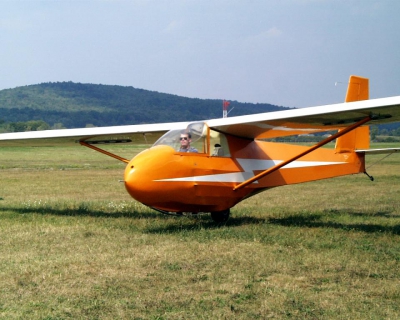 “The Schweizer 2-33 is kind of the Piper Cub of the glider world,” David said.  It is an American design that was produced between 1967 and 1981 in Elmira, NY and was the main training glider in the United States until the late 1980s.

It is a high wing aircraft with struts and made of tube and fabric with aluminum wings and vertical stabilizer. The two-seat trainer was designed to replace the Schweizer 2-22, originally flown in 1945 and the most popular trainer in the U.S. in its time. The 2-33 is easily recognizable because of the door on the side to get into the rear seat. 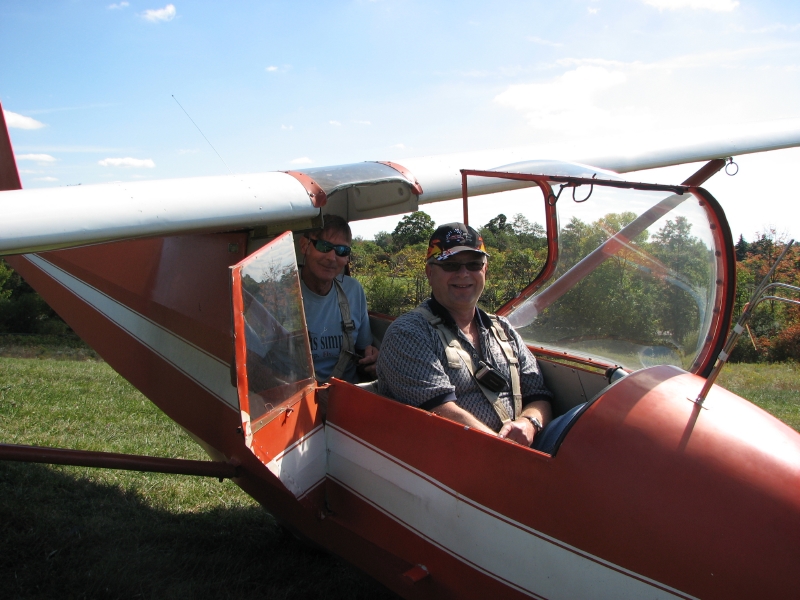 “The 2-33 is the old clunky one,” Burt said. “But by golly it is a strong glider.”  It can take the punishment of hard landings by student pilots and is relatively inexpensive – if you can find one. They cost about $15,000 depending on the condition. K & L Soaring, a company founded by Les Schweizer’s grandson supports the Schweizer fleet with parts and also refurbishes aircraft, which essentially is like getting a factory rebuild. Burt said a refurbished 2-33 costs about $45,000 – about half the price of a new ASK 21. 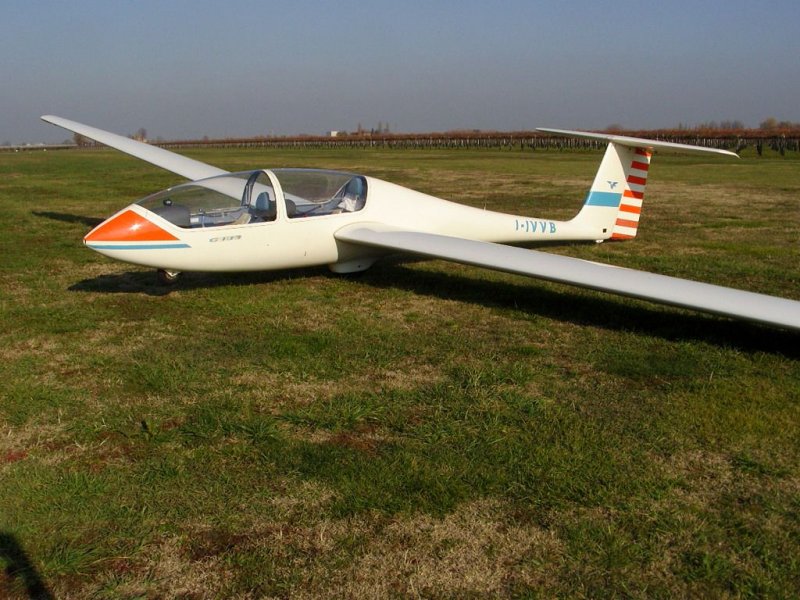 One of the five gliders the Cleveland Soaring Society operates is a Grob 103. “It’s kind of the Cessna 152 of the glider world, it’s a common trainer,” David said. He noted while the “Schweizer is fun, the Grob is something more you’d want to take your picture with. Especially, if you’re going for a glider ride.”

The Grob G103 Twin Astir began production in 1976, and early models had a retractable main gear, which was eventually replaced by a fixed gear. It was replaced in 1980 by a new and unrelated design, the Grob G103a Twin II that had a fixed main gear and nose wheel. Improvements included modified ailerons for better roll response and strengthened main spar caps and steel control pushrods for enhanced aerobatic performance. In 1989, the Grob G103c Twin III debuted and replaced the Twin II, featuring a new triple-trapezoidal wing, lower control forces and higher airspeed limitations.

However, the Grob has a few ADs and isn’t produced anymore. It is possible to find used Grobs for sale from time to time, generally in the $30,000 to $40,000 range. Just make sure the ADs have been complied with. 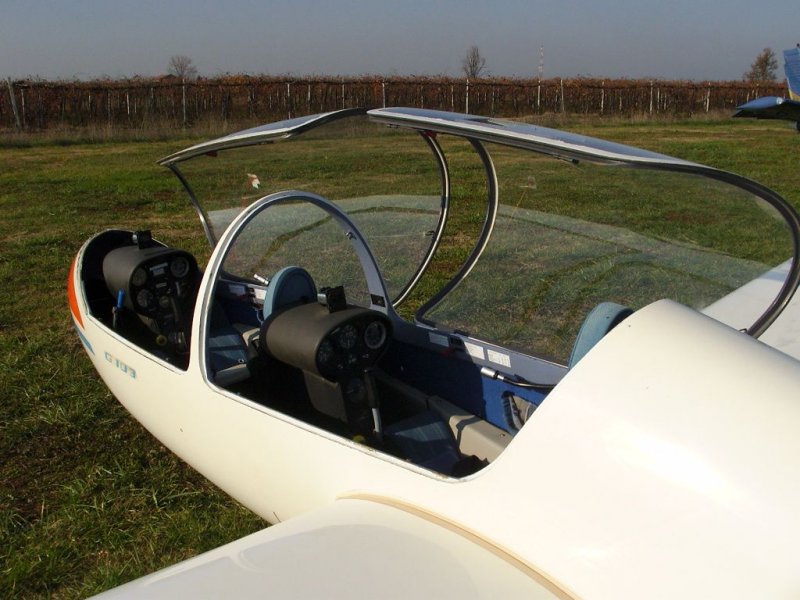 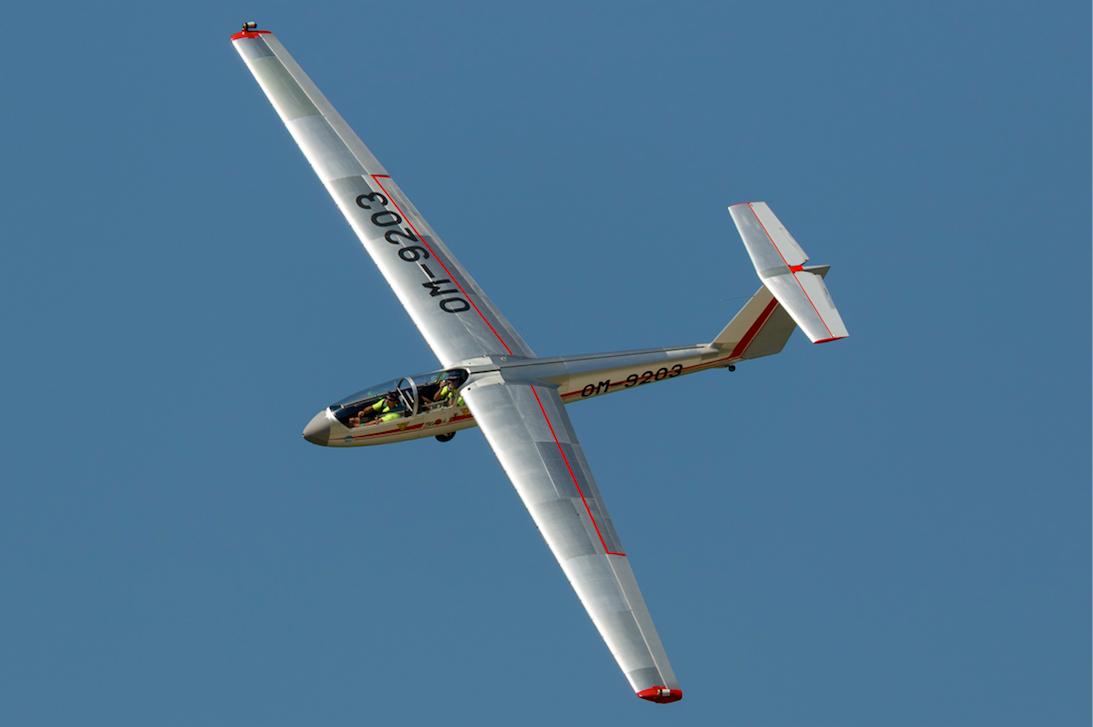 The L-23 Super Blanik is an improved version of the original LET L-13 Blanik. The L-23 is a two-seat, all metal glider that is still in production in the Czech Republic. The L-13 had been a popular glider in the U.S. until an accident overseas resulted in an AD that requires the glider be shipped back to the factory for repair – essentially grounding the entire fleet. Some people will try to partner and ship three or four L-13s together to the factory for repair, but more than likely you won’t find any L-13s operating in the U.S.

The United States Air Force Auxiliary Civil Air Patrol uses the L-23 as a trainer for cadets, and they are used by clubs and commercial operations as well. It has a roomier cockpit than it’s grounded predecessor. A new L-23 costs about $80,000. 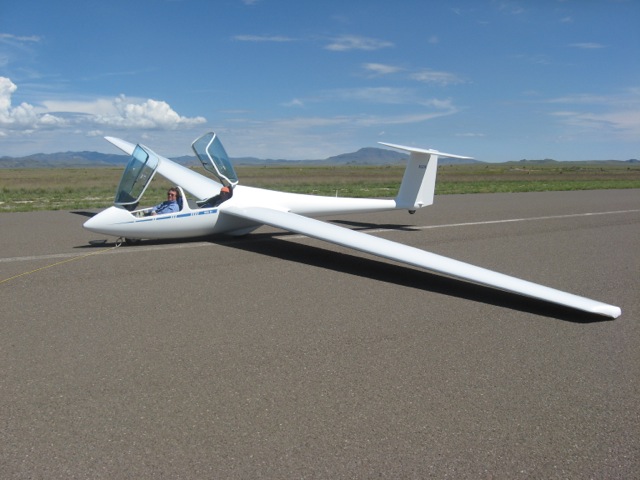 “The ASK 21 is probably the most popular glider in the world,” Burt said. It is a fiberglass two-seat glider built in Germany and designed for primary instruction, but also can be used for aerobatic instruction or cross country flying. Production began in 1979 and it is still being produced today with about 900 aircraft delivered.

The wingtips curve downward, providing skids that allow take-offs without a wing runner. The ASK 21 has good low-speed characteristics with a stall speed of about 35 knots and docile flight characteristics. 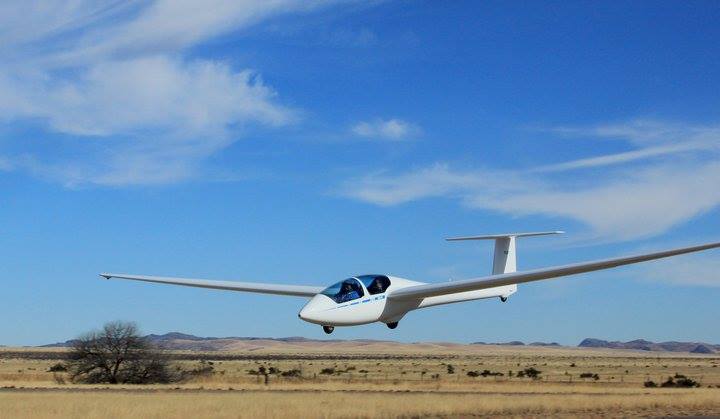