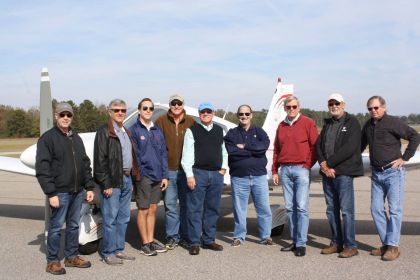 About a year ago Terry Winn posted a notice on his local Nextdoor.com site, a private social network for neighborhoods, saying he was thinking about starting a flying club and was anyone interested.

“He got a couple dozen replies and we met for the first time in December of 2016,” Club Treasurer Mark Hall said. “By February we had a club formed and incorporated, and by March we had an airplane.”


It was just that quick – in four months the Lake Country Flying Club went from an information meeting to being incorporated and acquiring an aircraft. “Part of what accelerated the process was the [flying club] resources at AOPA,” Mark said.

Mark called AOPA after watching a webinar that mentioned an LLC form and wanted to know where he could find it. “I introduced him to the online resources that include a number of downloadable documents that serve as examples so clubs aren’t starting at ground zero with a blank page. They’ve got some examples to work with,” AOPA Sr. Director of Pilot Community Development Les Smith said.

Throughout the process the two spoke regularly, and Les introduced Mark to the Start a Club Checklist that is part of the resource library. “Our folks here at AOPA are very much ready to help. We’ve got some good tools and resources to provide,” Les said.

He also mentioned the value of clubs putting themselves in the AOPA Club Finder and being a part of the AOPA Flying Club Network. “We very much encourage clubs working with each other and learning from each other, and this is what we think the value of the network is.”

Lake Country had an advantage in regards to reaching out to other clubs. Terry and one of the club CFIs, Ron Kelley, both had been members of the Crosswinds Flying Club in Bloomington, Illinois, which has four aircraft and about 30 members (see August 2017 Club Connector).

Ron had been president of Crosswinds, and Terry learned to fly in the club. Both retired to “Georgia’s Lake Country” – about halfway between Atlanta and Augusta, and 35 miles south of Athens. Terry had been in the area for a few years when he decided to start a club based at the Green County Regional Airport (3J7) in Greensboro, Georgia.

Lake Country used the experience Terry and Ron brought from Crosswinds and used its structure as a pattern to form the new club. “I told the Crosswinds guys that we’re their offspring because we pretty much set up the same structure,” Mark said.

About 15 people showed up at the first meeting in which Terry explained what he and Ron had in mind. They were interested in getting a Piper Cherokee of some sort, and outlined what they expected to spend on a plane, as well as the dues structure. 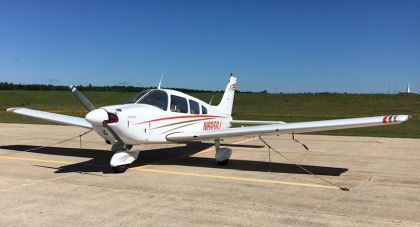 They had hoped to find a Piper Archer for about $50,000 and expected they would need to spend another $15,000 to $18,000 to upgrade the avionics. Right after the holidays last year, a second meeting was held and people were told if they were serious to bring their checkbook.

Four people did and they each chipped in a few hundred dollars to pay for a lawyer and associated fees to incorporate the club. The four founding members then put in $8,000 each to purchase a plane and then another $1,000 for an avionics upgrade. Based on that, they made the buy-in for new members $9,000 with a goal of having eight members and one airplane. Since the club formed, three new members have joined, bringing the total to seven.

They looked at five different aircraft from Texas to Tennessee to Georgia, before finding a 1976 Archer II in Florida that fit their budget and expectations. The plane had a rebuilt Lycoming with 110 hours SMOH and new paint and upholstery done in 2012. They paid $60,000 for the plane and then spent $25,000 to updgrade the panel from an old Garmin GPS to a GTN 750 touch screen with in-flight weather and traffic, a Garmin GTX 345 transponder that meets the ADS-B requirements, and FlightStream 510 Connext Wireless and Bluetooth. The plane also has an autopilot. 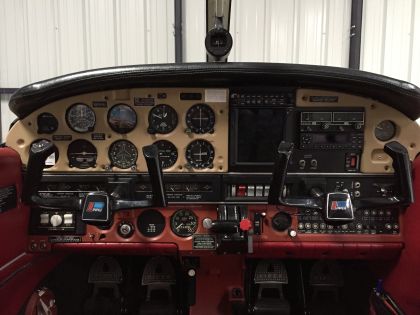 One the things that Mark pointed to that really helped the club afford the plane and avionics upgrade was getting an interest-only loan for the first year. “We wouldn’t have been able to do it at $200 a month per man with four of us with a regular loan and that kind of airplane and the money we put in the panel,” Mark said. “The interest only loan, if clubs are getting off the ground or looking to make the finances work, that certainly worked for us. With this seventh member and if we take on an eighth member we’ll be in great shape to roll into a regular loan.”

Using Crosswinds as the model, Lake Country set dues at $200 a month, which includes two hours of flight time. The hourly rate is $50 tach time, dry. “We like the idea of the dry hourly rate,” Mark said. “It encourages guys to fly a little more conservatively, lean when they’re supposed to and shop for a good price for gas.”

The two-hour flight credit as part of the dues, an idea borrowed from Crosswinds, achieves two goals Mark said, “It encourages guys to stay current and fly, and there is a more steady, reliable income stream.” He also noted that the club allows members to bank up to 24 hours of flight time before its stops accruing, just like Crosswinds does for its members.

Earlier this month, a seventh member joined the club. The goal is to cap membership at eight. If there is more interest, they’ll start a waiting list and consider getting a second aircraft, such as a Piper Arrow that provides both a faster cross-country aircraft and a plane that could be used for commercial ratings.

Becoming part of the Community

The club was formed to provide affordable recreational flying for current, rusty and new pilots in the Lake Oconee and Lake Sinclair region of Georgia. However, Mark said, “In our charter we would generally like to promote the airport. We’re doing it through this political process.”

Club founder and President Terry Winn was recently appointed to the airport authority. His goals is to help the county understand the value of the airport and help generate support for capital improvements particularly those in which federal funding is available. “We may even decide on issues like capital improvements – either more hangars, more ramp space, or a new fuel farm.  We may step up as a club and put up the $5,000 for the new fuel farm just to support the airport that we use,” Mark said. “I wouldn’t put that outside of our mission.”

The club also is looking to do more social events and events for the community. Last year they hosted a hot dog open hangar day in which they invited people that had expressed interest in the club. One of the side benefits was getting to know the airport staff and line boys. Mark said they plan to do more events like that this year, as well as host a Young Eagles Day. 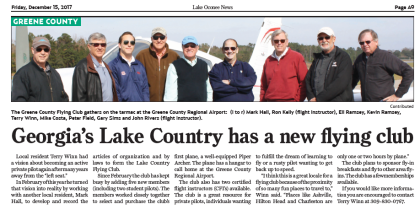 They recently wrote and submitted an article that ran in all three local papers, including on the front page of one. The goal was to let people know about the club, but also to help promote the airport. “We may still see some member recruitment benefit and if nothing else it was a great community awareness piece,” Mark said. “People all the time at the supermarket stop me and say they saw the article in the paper and that they didn’t know that there was a flying club out there. I think a lot of people here haven’t even been to our little airport.”

Lake Country Flying Club is a great example of how a new club can go from an idea to a fully functioning organization in a very short time. Having a clear vision, using the resources available from AOPA, and the experience of another club, Lake Country was able to identify founding members, raise the capital for an aircraft acquisition and establish an operating structure.

As the club begins its second year of operation it is now turning its focus from the nuts and bolts of getting up and running to actively becoming a part of the community to help grow the club, the airport it is based at, and the aviation community as a whole