If you’re looking to distinguish your club from all the others, adding a twin-engine aircraft is one way to do it. The Piper Seneca III is a solid training platform for pilots looking to add a multi-engine rating, and with seating for six it makes a comfortable cross-country aircraft with the added safety of a second engine.

Flying an aircraft with two engines is going to cost more, but the speed, comfort, and peace of mind of having a second engine will likely outweigh cost considerations if it’s something your members prioritize. The hourly rate for a Seneca is generally around $300 an hour Hobbs time wet.

Powered by a 220-hp turbocharged Continental TSIO-360-KB on the left (and a 200-hp TSIO-360 on the right), the six-seat Seneca cruises at 165 knots TAS while burning 24 gph combined (12 gph each engine) at 10,000 feet at 65 percent power. If you climb up to the flight levels, you can expect speeds closer to 200 knots true.  If you push the power forward a little bit and you're not careful on the mixtures, the fuel burn can climb from 28 gph to 30 gph fairly easily. 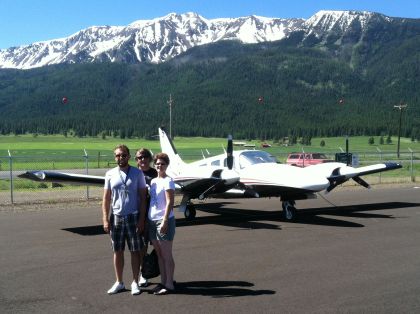 Piper has been making Senecas for a long time and the parts have never been difficult to come by and have not been particularly expensive. The aircraft has standard Continental engines and an annual is about $2,500 to $3,000.

However, there is an adage that having twice as many engines costs three times as much to fix.  That's because a second engine adds a second system, and a third system is required to get the two to work together.  Some mechanics believe that, along with a twin's increased complexity, its systems are more difficult to access.

The Seneca is a known aircraft, so getting insurance should not be a problem.  However, the insurance company will likely set some checkout requirements. Some insurers require 350 hours minimum with an IFR rating, 50 hours multi-engine, and 10 hours in type. For a multi-engine student, instead of 50 hours of multi-engine time, it's likely the insurance company will require 15 hours of dual in the named aircraft.  Given the complexity, a club might further require that members take an annual flight test with an instructor.  Also, if it has been more than 90 days since a member's last flight, a club may require a check flight with an instructor.

Adding a twin to a club fleet offers members a more complex airplane to step up to through additional training, and the Seneca is a good platform for members who are working on their multi-engine rating.  The Seneca is a solid, popular trainer.  They tend to be very stable, docile aircraft.  Their stall characteristics are gentle and they have counterrotating propellers, a feature that allows an instructor to feather either engine for training and makes the yawing tendencies with the asymmetric thrust controllable and manageable. 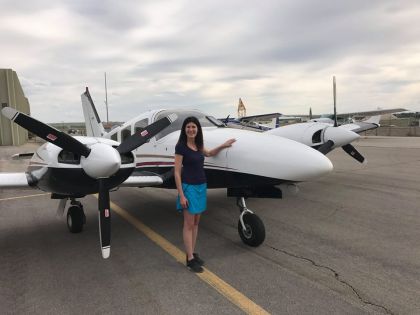 Many pilots transitioning to the Seneca will find it is heavier than most aircraft they have flown previously, which is most noticeable on landing. Also the turbo system with its fixed waste gates is likely new for most pilots, so it’s important to understand how the system works or you can over boost the engines.

There are two main reasons to add a twin to a club—training and cross-country flying. Many pilots want the added safety of the second engine for longer flights and the Seneca is designed to go up high and get you where want to go.

With a useful load of 1,500 pounds and 128 gallons of fuel it has a range of 700 to 800 nm in economy cruise. If you want to get to your destination a little faster, the range drops to about 600 nm. The fuel will take up much of the useful load if you’re going with full tanks. Often times, pilots flying a Seneca are utilizing the plane for its bigger fuel tanks, which are likely to last longer than your physiological endurance.

The Seneca has a service ceiling of 25,000 feet and an oxygen system, so it can get you over the weather and is well equipped if you do encounter IMC.  Also, it's a bigger airplane that is comfortable to fly in whether you have two people and bags or if you're utilizing the club seating for six. 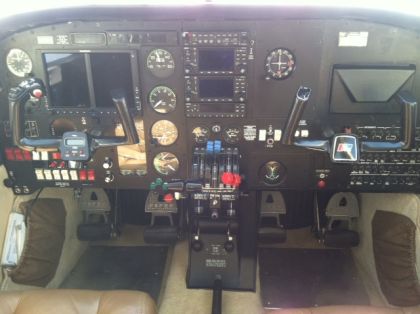 The additional complexity of a twin is one of the things that many pilots enjoy about the airplane.  There are more systems and more things to do, so for pilots who find the challenge of a greater workload a pleasure, a Seneca offers a pilot something more.

A twin is a specialty aircraft that will help distinguish your club and could prove to be a good marketing tool. Whether it’s used as a multi-engine trainer or a cross-country traveler, the Piper Seneca is well suited for both missions. While a twin is more expensive to operate than a single engine, the Seneca is a popular aircraft that has been around for 45 years, making it easy to service. In the right club environment, it will certainly get plenty of use.