Mentoring can come in many forms – sometimes it is a traditional one-on-one relationship. Sometimes it is more broad-based, and sees someone who has accumulated an enormous amount of knowledge, enthusiasm, and passion throughout their life sharing it in a way that benefits and strengthens a community. At one club based in rural Maryland, that’s exactly what mentorship looks like.

Walt Tegeler grew up in a house his parents built near the end of the runway at Clearview Airpark (2W2) in Westminster, Maryland. Today he is raising his own family in that house.

Walt remembers the “heyday when there were planes buzzing the airport all day long. On weekends people would come up and cook out outside their hangars,” Club Vice President Dave Berry said. “He saw that kind of stuff go away [after 9/11] and said, ‘I’ve got to try to revive this.’ He’s the one who came up with the idea of starting the club.” 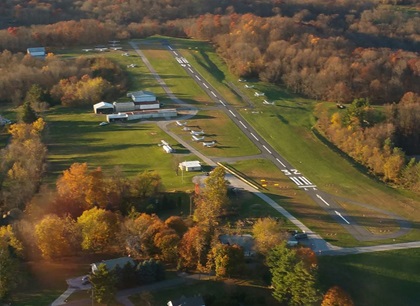 The Clearview Flying Club was formed in May 2016, which turned out to be perfect timing for Dave. When he and his wife returned from Oshkosh that August he “had the aviation itch. I remembered that Clearview was tucked away not too far from our house, so I just stopped there and saw the sign: ‘Join the Clearview Flying Club.’ I called up Walt and a week later I was in the club.”


Dave was always interested in learning to fly but when he looked into flight lessons he found the costs prohibitive and thought the time and costs made getting a certificate unattainable. “That’s why Clearview was my saving grace for aviation. It was the first time I thought, ‘I can afford to do this.’ Clearview was only a second gym membership basically.” 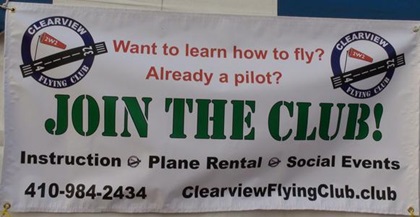 The club doesn’t have an initiation fee and dues are just $75 a month, although new members are required to pay the first six months in advance. Clearview operates three aircraft – a Cessna 150, a Cessna 172 and a Piper Cherokee. Hourly rates (Hobbs time, wet) are also reasonable – $75 an hour for the 150, $90 for the 172, and $110 for the Cherokee.

The club policy is to limit membership to an average of 10 per plane. Currently there are 28 flying members and about 15 social members. Social members pay $25 a month and do not have flying privileges. They include pilots that own their own aircraft, pilots who are no longer flying and aviation enthusiasts who enjoy the camaraderie of the club. Members range from low time pilots working on getting their certificates, to the club’s newest member – a 12,000-hour ATP, who holds CFII and MEI ratings. 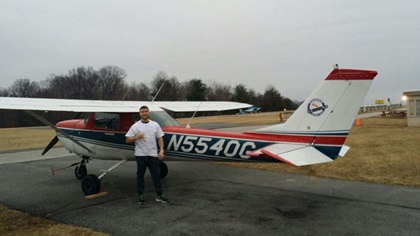 About half of the club’s flying members are students and club-approved instructors charge $40 an hour based on Hobbs time. That means instructors don’t charge until the engine is running. The planning before a lesson, preflight, and post-flight debrief are not included in the charges, which helps keep training costs reasonable.

In less than three years, Clearview has grown from a single plane to a fleet of three. Dave credits the club’s success to two simple principles – affordability and access to aircraft. “The most obvious thing is the pricing structure. We’ve made it as affordable as you can possibly make it,” Dave said. “And we make sure we’ve got airplanes available. We limit the number of flying members to 10 per plane in an effort to keep planes available when you want to fly.” 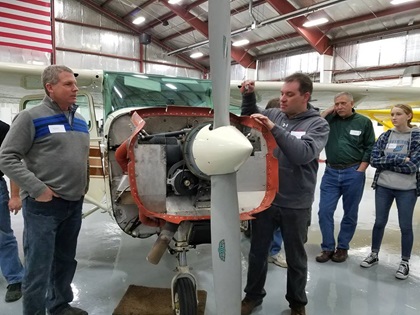 One of the ways the club keeps costs down is by doing routine maintenance itself. “I can’t say enough about having in-house maintenance capabilities,” Dave said. “I think a big secret that we have is our maintenance officer.” Chuck, is retired and the type of guy who is always at the airport. He stays on top of oil changes, is quick to change tires as they wear out, and is usually around to troubleshoot squawks that might arise to ensure the club aircraft are running well. He does all of the routine maintenance and doesn’t charge the club, which helps the bottom line.

Perhaps even more important than the affordability and access to aircraft is the enthusiasm and camaraderie among members. It starts with Walt, who not only formed the club but also serves as president. “His passion is contagious,” Dave said. “His spirit filters down to the rest of us. I’m pretty subdued normally, but you can’t help get excited about the club, about Clearview, just by talking to him.”

Whether it is the emails he sends out to the members encouraging people to come out to the airport or his invitations to go flying to get something to eat, Walt is very engaging and becomes your friend as soon as you join the club.

He is more than a cheerleader encouraging members. Walt also looks out for them as well. Dave flew a club aircraft over to Frederick (FDK) for an ASI Safety Seminar one summer evening. It was hot, humid, and hazy. When it was time to leave, fog was developing. Before he climbed in for the short 17-mile flight back to Clearview, Walt was texting to let him know he would check the runway to make sure it was clear.

“He just automatically knew that I had the plane out and was looking out for me. And he does that with anybody,” Dave said. “He’s like this safety net for our members.” 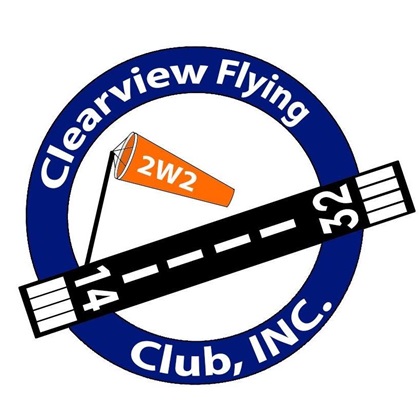 “That’s just another aspect of Clearview Airpark that I don’t know any other clubs can have. Walt is the head of the club, he lives at the airport and he’s committed to everybody’s well being who is in the club,” Dave said. “It puts everybody at ease when we’re going somewhere. No matter what we face, a phone call or a text and we’ve got someone there to help us.” A perfect example of that was this past Thanksgiving when Dave needed some help and with a single text, the cavalry was coming, which you can read about in this month’s Event Spotlight.

Besides Walt’s personal commitment to the community, the club holds monthly meetings and events to encourage member participation and interaction. Monthly meetings are the third Sunday of the month at 3 pm and there is always food. Walt brings hotdogs and BBQ, and everyone else brings a dish to share. In addition to club business, there is always some sort of presentation – either a safety discussion or a pilot sharing about their flying career. 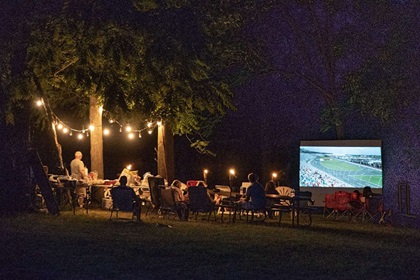 About once a quarter the club holds a special event. In the summer they host outdoor movie nights showing an aviation-themed film on a 14-foot screen. There’s a hill that provides natural stadium seating in the woods next to the airport, which makes a perfect location for a campfire and a cookout.

The club hosted a Rusty Pilots seminar a few months after forming, and in past winters they’ve held a Poker Run and did a maintenance seminar for members (See Club Connector March 2017 Event Spotlight).

Each September the club is a big part of putting on Clearview Airpark’s Fly-In. “It’s not an official club event, but we’re certainly the ones helping make it happen,” Dave said. “We have big cookout and there’s free hamburgers and hot dogs, and plane rides. One of our members will bring a 172 with a 180-hp engine and will give rides all day.”

Walt’s brand of mentorship may not be how most people think of a mentor. But through his lifetime of association with aviation, he has passed on his knowledge and experience of a time that once was in aviation. The Clearview Flying Club’s simple approach of making flying affordable, accessible, and fun has helped breath new life into a small country airport. The passion and enthusiasm from the club leadership, along with social events, has helped create the camaraderie among members and a community that looks out for each other.

“They always say aviation people are cut from a slightly different cloth. There’s the camaraderie, the courtesy between pilots,” Dave said. “A flying club just concentrates all that goodness into a smaller group that makes it a really pleasant experience.” 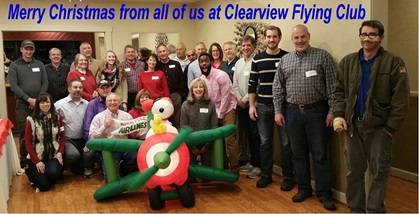