AOPA’s Flying Club Initiative is all about helping create new flying clubs and sustaining existing ones. What better way to do that than hold a workshop where representatives from different clubs could get together to discuss various issues that they are facing and learn best practices from each other?

That’s exactly what took place on August 4, at AOPA’s You Can Fly Training Center in Frederick, Maryland. The all day event was the first Flying Club Workshop that AOPA has held. It attracted 22 participants representing nine different clubs in the Mid-Atlantic region. 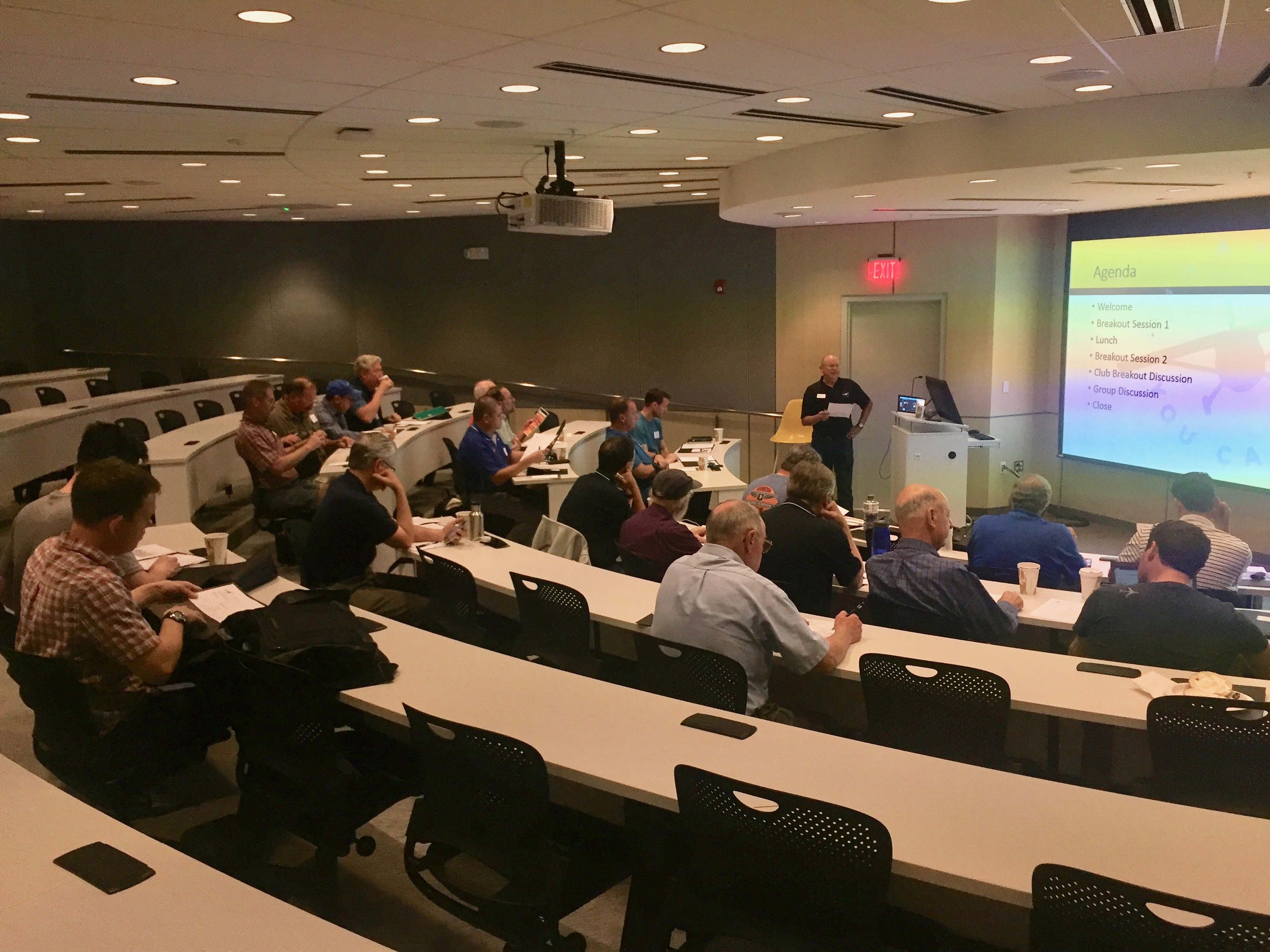 The clubs varied in size, background, and mission, ranging from the five-member, one aircraft Mifflintown Airport Aero Club located between Harrisburg and State College, Pennsylvania to the 65-member TSS Flying Club, which has five airplanes based at Montgomery County Airpark in Gaithersburg, Maryland (See this month’s Club Spotlight). Two other clubs from Gaithersburg attended, including members from Congressional Flying Club, which is partnered with the Maryland Civil Air Patrol, and the Octopus Flying Club, which also has aircraft based in Hollywood, Florida.

Some clubs, such as the Reading Aero Club, date back to 1932, while the Chesapeake Flying Club was formed in 2015. Several of the clubs in attendance, such as the Sky-Hi Club in Frederick, Maryland, and the Freestate Flying Club located at College Park Airport in Maryland, have waiting lists demonstrating the attraction clubs offer pilots looking for opportunities for affordable flying and camaraderie. While many attendees drove because of poor weather, members of the Wingnuts Flying Club were able to fly in from Chesterfield, Virginia near Richmond in the club’s sleek Cessna Columbia 350 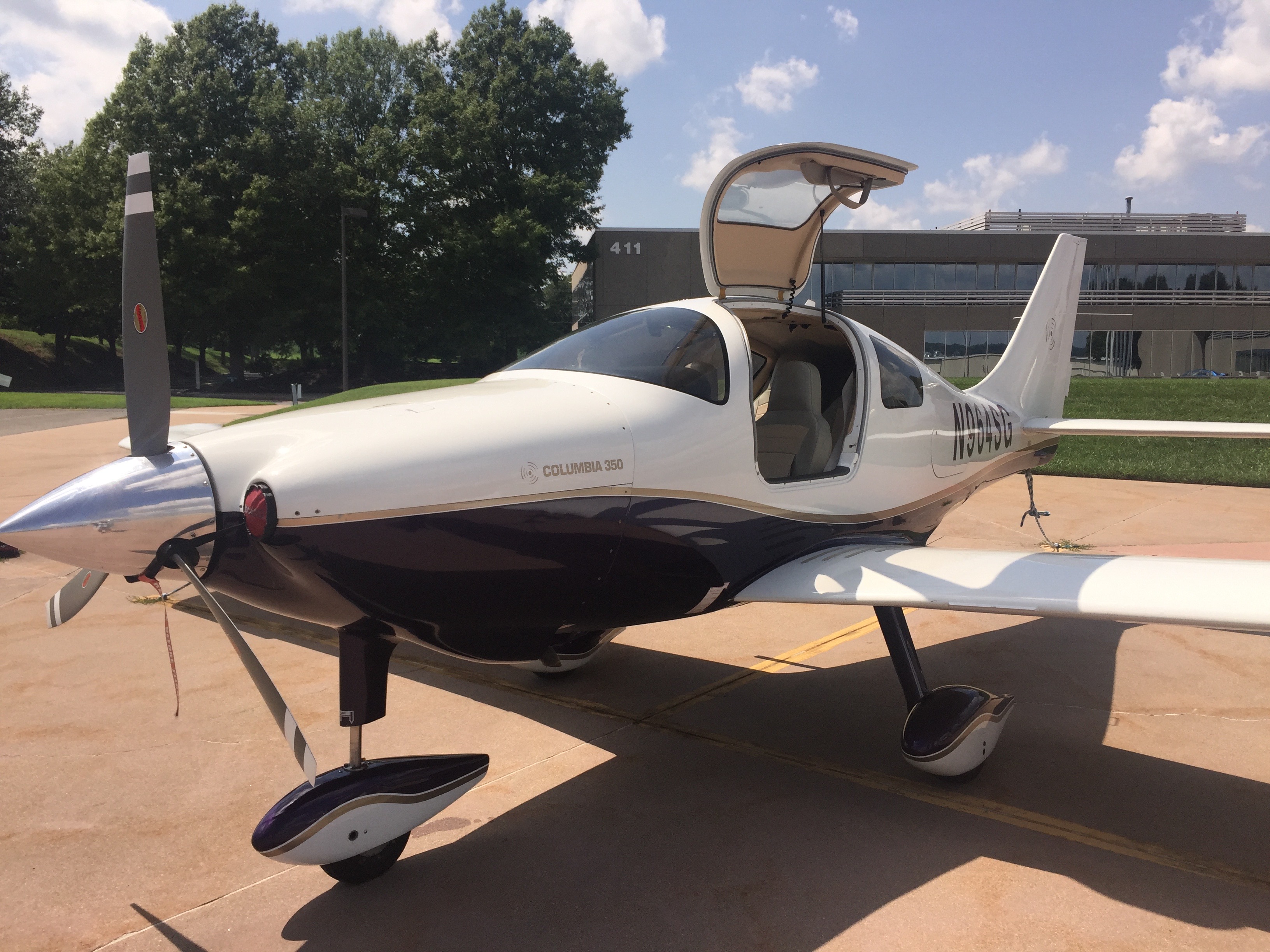 The workshop was broken up into three different tracks – Safety and Maintenance, Communications, and Management with two sessions for each track. The day started with coffee and bagels giving club members an opportunity to meet each other and mingle before the formal program began.

Flying Club Initiative Director Steve Bateman presented a brief overview of the You Can Fly Initiative and showed a video detailing the four components:

In the morning, participants broke up into one of three sessions – Integrating Safety into Your Club, which was presented by TSS Flying Club Safety Officer Herb Rosenthal and Air Safety Institute Director of Education Paul Deres; Reaching Out: Your Club and Your Community, presented by Steve Bateman; and Navigating the Future: Planning Strategically, presented by Flying Club Manager Michael Hangartner. 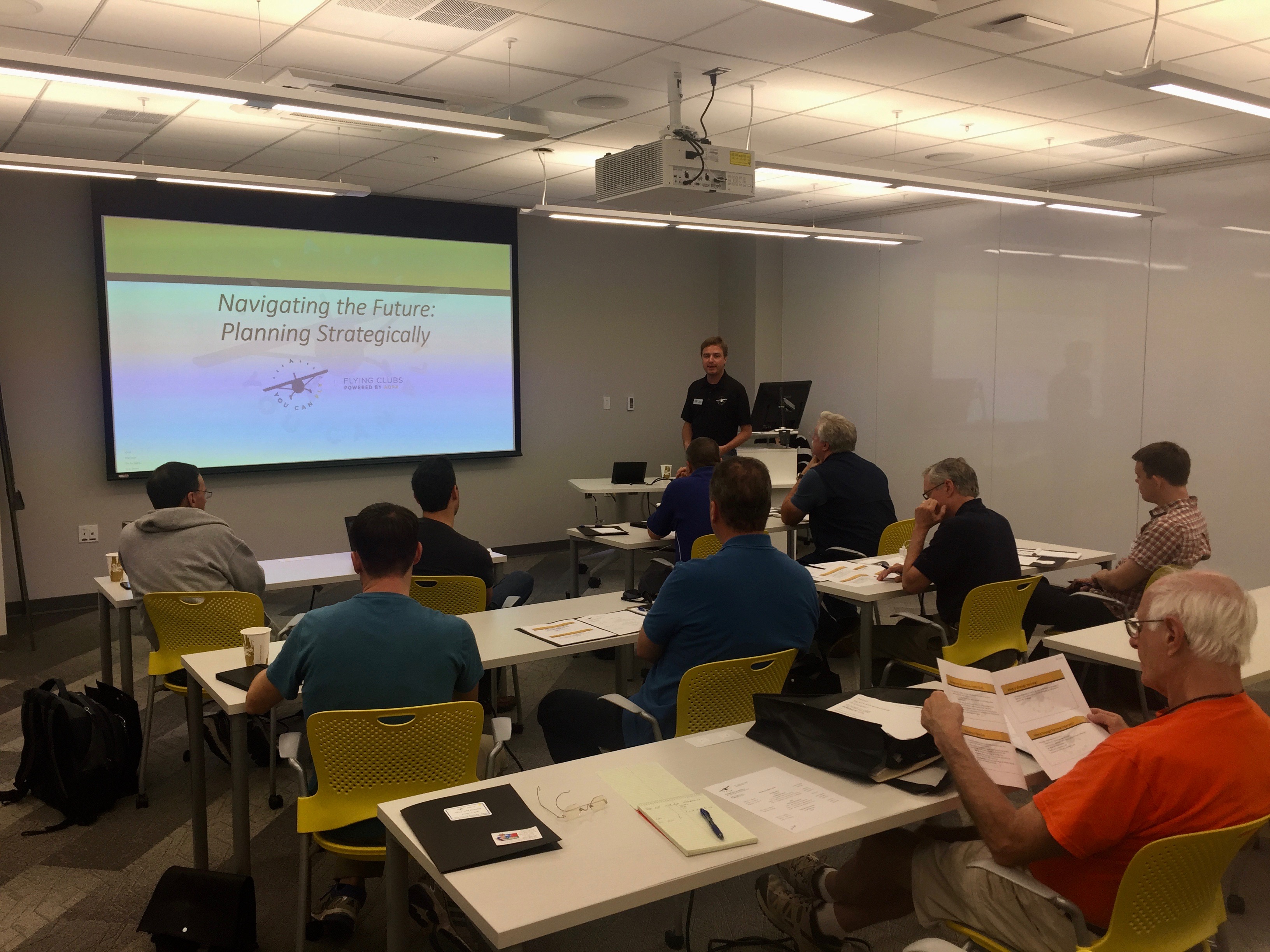 After lunch, those in the Safety and Maintenance Track went to AOPA’s hangar where Dave Yacono, the Maintenance Officer for TSS Flying Club, and Steve spoke about owner allowed maintenance and included some hands on instruction looking at AOPA’s reimagined 172. Michael led the Communications Track discussion on The Social Side: Engaging Your Club; and the Management Track had a session on The Day to Day: Managing Your Club, presented by Les Smith, Senior Director of Pilot Community Development.

Following the breakout sessions, club members had an opportunity discuss the many topics and issues that they learned about and what their takeaways from the day were. 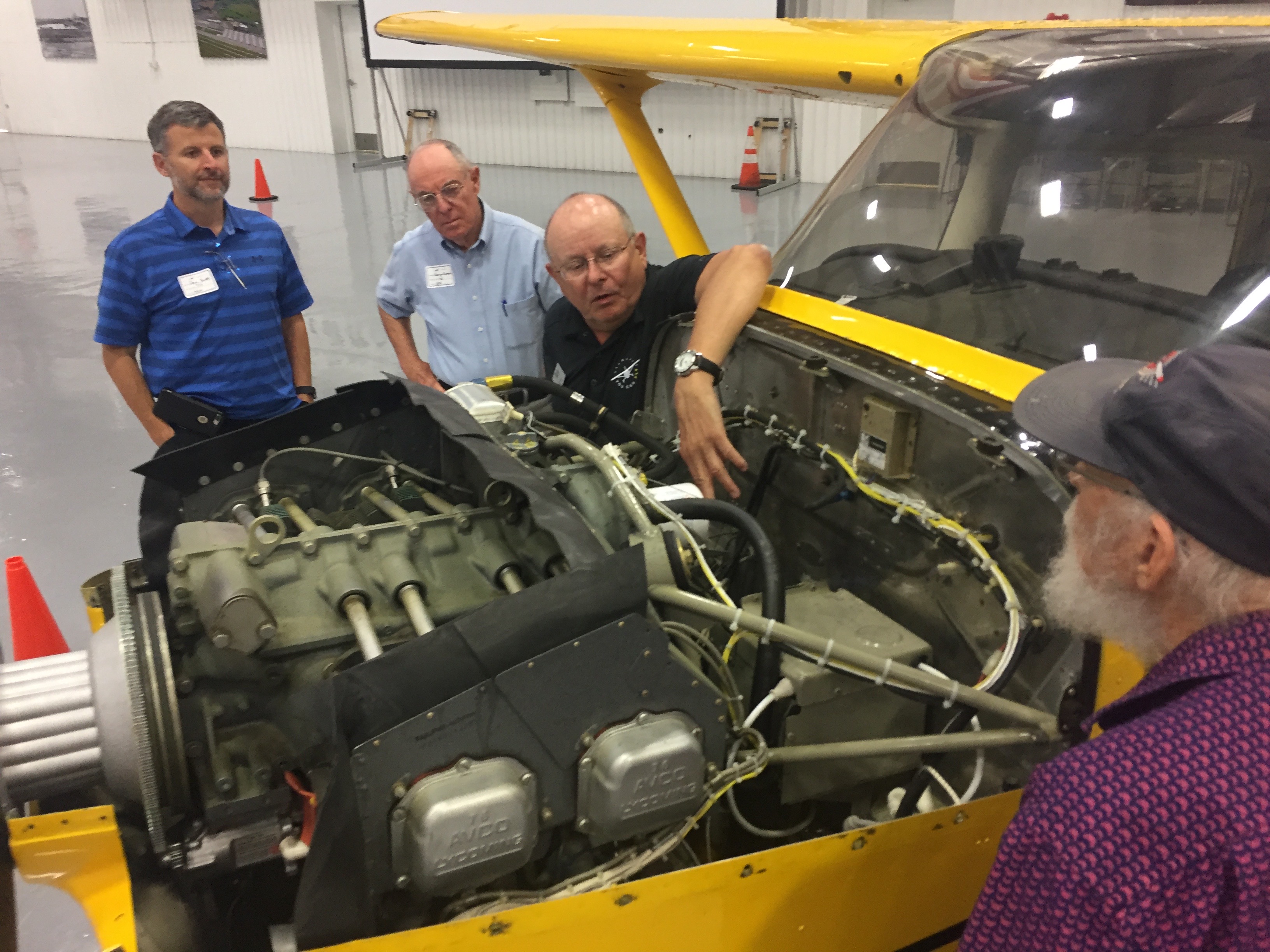 What made the day successful was the interactive nature of the discussions. This wasn’t a lecture-style workshop, but a collaborative give and take where the presenters led discussions, often times with the attendees answering questions their colleagues raised about real issues clubs are facing.

“I think that the presentations from Michael and Les were good, but I think the real value they provided was acting as moderators and controlling the conversation between the actual members who were there so that we could share our stories and best practices,” TSS President Andy Flank said. “I only sat in two of the six sessions, but I thought they were both valuable, especially conversations between members of clubs.”

James Garvin from the Freestate Flying Club spoke about how he serves as a College Park Airport Authority Board Member and how the club effectively helped changed the rules for the airport, including allowing the club to increase the number of members allowed, but with that comes responsibility.

“We have a very long waiting list because we were limited by airport rules to 16 people and it turned out to be eight flying members,” James said. “Now the genie is out of the bottle. As a club we need to start acting like a club. We have to define our mission statement. We’re looking at a second aircraft, we’re looking at changing our bylaws. We’re on the verge of growing. This [workshop] is big. Thank you AOPA, we need this right now.” 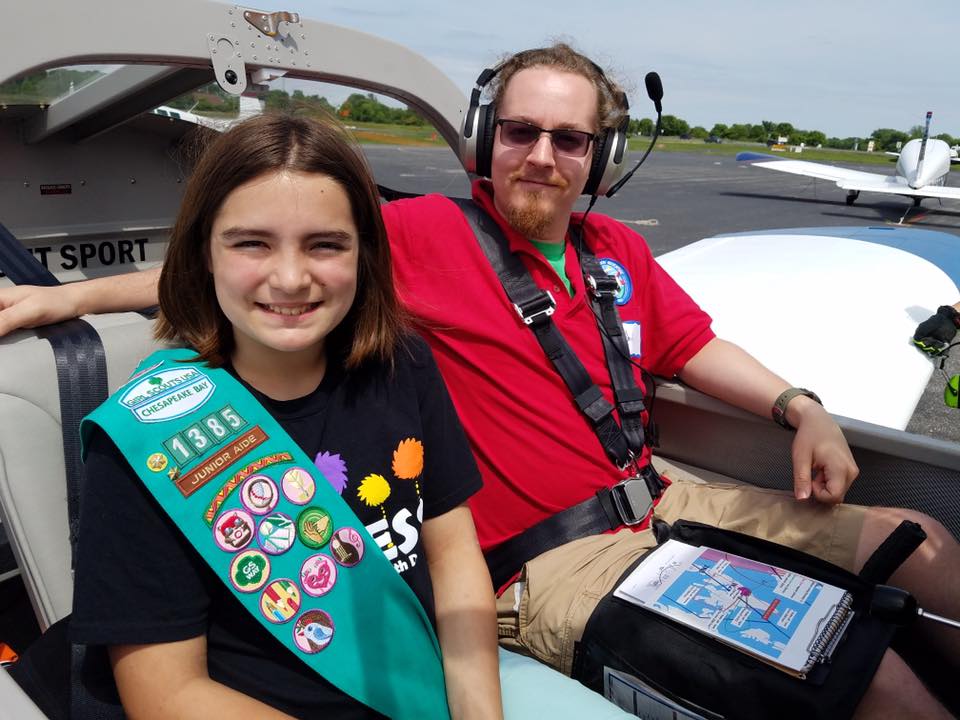 Freestate is an excellent example of a club proactively taking part in the airport community by serving on the airport authority board. James shared how it’s not only a way for the club to give back to the airport, but how it directly benefited the club. Eric from the Mifflintown Airport Aero Club was interested in reaching out to schools, as well as the Boy Scouts and Girls Scouts, as a way for the club to participate in the community.

Another discussion that many clubs commented on as being valuable was a discussion of liability and Director and Officer (D&O) insurance, which protects the board members. There were also good exchanges of information relating to online schedulers and the varying degree of automation they provide, and tips about the best use of social media. For instance, using Instagram to post photos often times gets exponentially more views than just posting a photo on a club Facebook page.

Several clubs in attendance have waiting lists, prompting discussion about bringing on the right member, not just the next guy on the list. Questions about safety culture dealt with how to establish procedures for checking a pilot out and for staying current, as well as the benefit of standardizing aircraft or equipment. There were suggestions about hosting safety meetings in which a meticulous member could teach other members how to do a thorough preflight inspection. And what about a post-flight inspection? Most pilots probably don’t do a walk around after landing, but it is a good way to find squawks quickly so they can be addressed in a timely fashion rather having the next guy to fly the airplane discover an issue. 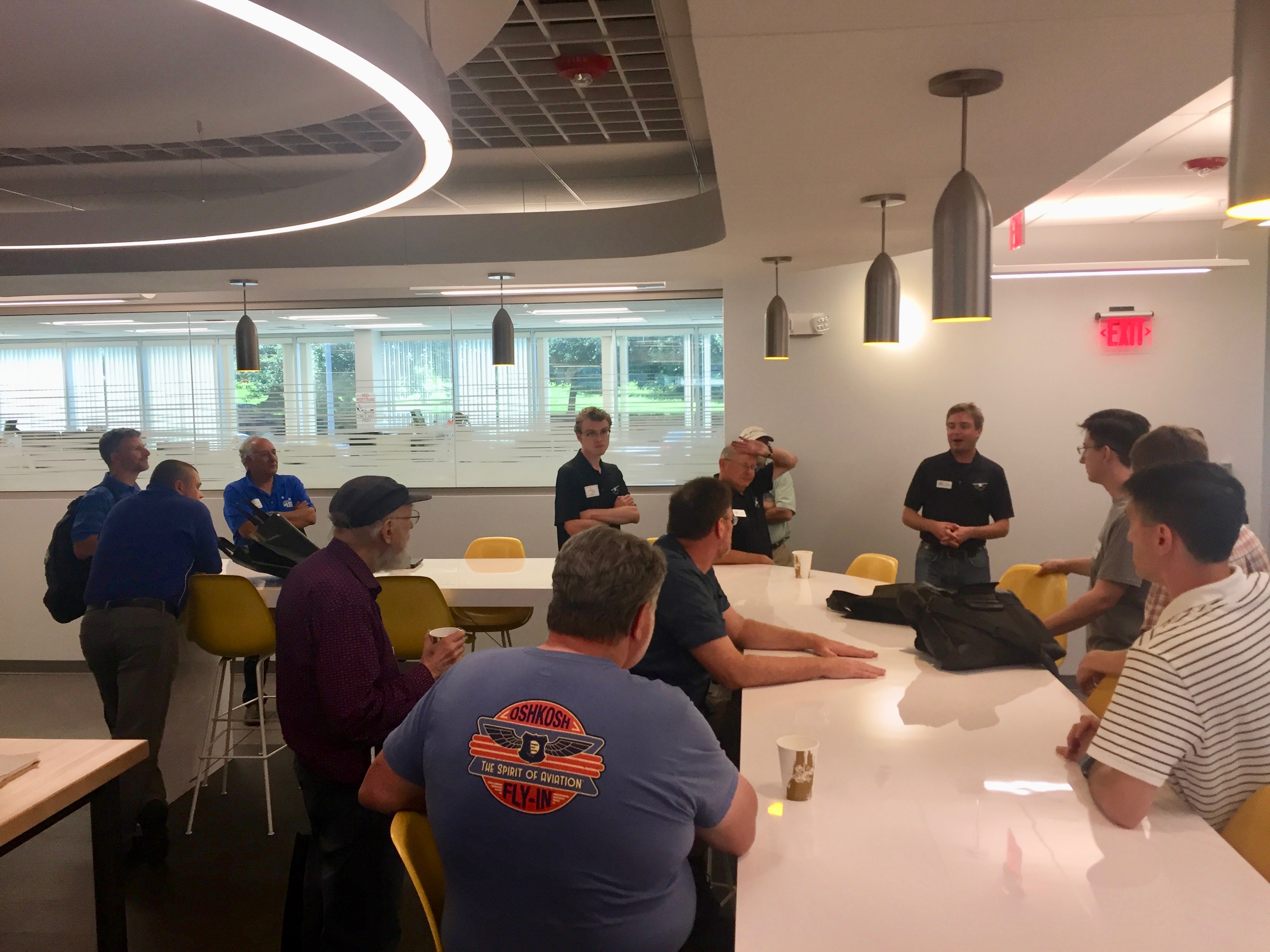 By bringing clubs together in a one-day workshop fostered the type of camaraderie members are used to on a member to member level and elevated it to a club to club level. Participants engaged in lively discussion about the real issues their clubs are facing and shared experiences of what they found has worked to address the various facets of successfully running a club.

Joe Hoyle from Wingnuts was appreciative of the opportunity to look at how their club is running and talk to other clubs about what they are doing. “I want to thank AOPA for this symposium. I thought it went very well. We found out that we’re doing a lot of things right, but we found numerous opportunities for improvement. We really benefitted.”