Today, Dick is paying it forward with the Fayette Regional Flying Club in La Grange, TX. Dick founded the club in 2002 with five other guys and an old Cessna C172. The club has grown to 14 members and three aircraft, adding an Aeronca L-16A/7BCM Champ in 2009, and an Alarus CH-2000 about a year and a half ago. If you have haven’t heard of an Alarus, it is certified version of the Zenair 601.

Dues are $130 a month, plus $56 a month proficiency fee, which is a ‘use it or lose it’ hour to encourage people to fly the planes, making the total monthly cost $186. “You get that $56 credit back on your monthly bill when you fly,” Club Treasurer Beaux Graham said.

The $56 proficiency fee is an average of the hourly rate for the three aircraft. The rates are “ridiculously low,” Beaux said. The C172 is $67 an hour, the Alarus is $55 an hour, and the Champ is $42 an hour. Rates are Hobbs time, wet, which helps the club a little bit financially, Dick said.  Beaux noted that if the club can get a few more members, it will be able to lower the dues a bit.

One of the advantages, in addition to the low hourly rates, is the member to aircraft ratio of less than 5 to 1. Dick said there has never been a scheduling conflict, but if there were, the club bylaws stipulate that if someone is using a club aircraft for an FAA check ride, they get preference.

The club is a mix of four or five older members who founded the club, four or five guys that came to the club with their pilot licenses and about four younger members. Among the members are a NASA engineer, a Lutheran minister, an airline captain, an A&P, a high school senior, and Dick, who is a retired Air Force and airline pilot. 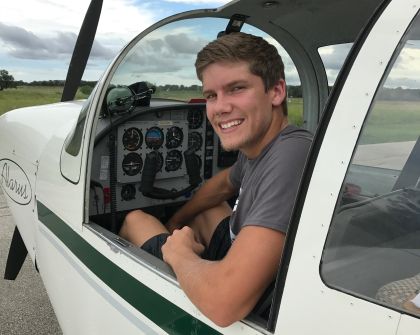 Most take advantage of the Sporty’s online ground school available to Young Eagles or use the King School materials. The club has successfully mentored several high school students who have gone on to aviation careers.

“I’ve had a couple kids go on to the Air Force Academy and a couple kids flying for the airlines now,” Dick said. “Over the years, only one has gone all the way through and gotten an instructor’s license and instructed for us. That was kind of my goal.” In addition, two of the young members have gone on to aviation maintenance careers.

A Passion for Teaching Kids

Dick has a passion for teaching kids, which stems from his own introduction to aviation. When he began flying lessons as a teenager in the late 1950s, he made a promise to himself.

His father was an accountant with National Airlines, a small airline based in Miami that eventually merged with Pan Am. “My whole life I wanted to fly fighters and come back and fly for National,” Dick said.

His dad died when he was in high school and one of the airline captains who knew that Dick really wanted to fly offered to teach him. “He carried through. The big airline captain taught me how to fly,” Dick said. “It was something that I vowed right then, if I ever got in the position I would never charge a kid for my services. If he could work hard and earn the airplane, that would be good enough.” 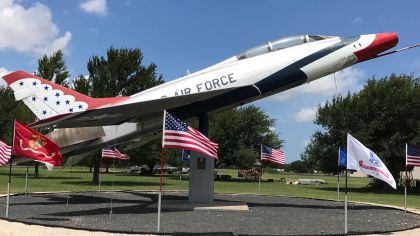 Dick went on to the University of Miami where he was in ROTC. Upon joining the Air Force he was assigned as an instructor in T-37s, which began his love of teaching. As the Vietnam War began to heat up, he volunteered for an F-100 unit and flew 287 combat missions from the Bien Hoa Airbase. After his military service, Dick came home and flew for National as an instructor in Boeing 727s. Through mergers, he also flew for Pan Am and then Delta.

His service with Delta proved helpful to the club when a former colleague let him know about a plane that was sitting in a Georgia hangar covered in dust and the owner wanted to sell. They washed it off, found it only had 230 hours on the airframe and engine, and the owner was asking what Dick thought was a “pretty fabulous price. The guy that sold it wanted to get rid of it so bad he put in all new tires and tubes, batteries, belts, hoses, and sold it to us for $30,000. If you look at that airplane brand new it’s almost $200,000. You couldn’t pass it up.”  The certified airplane is still made by Zenair in Canada.

The two-seat, low-wing trainer was built to replace the Cessna 150/152. It has an O-235 and similar performance to the club’s old C-172, Dick said. The difference is that it has a huge rudder and a slab elevator making it very light on the controls. It has a full IFR panel, with a Garmin stack, including a Garmin 430 GPS, and has strobes. It has quickly become a favorite in the club.

The Champ was acquired because a few of the members were interested in getting tailwheel time and the club thought having a Light Sport in the fleet made sense. The Champ was a more affordable option than a new LSA.

The plane is a 1947 L-16A/7BCM. It has an electrical system, so it has a radio, transponder, and a starter. Three or four members are checked out in the Champ, but Beaux, the treasurer flies it the most. He left a successful club, in which he helped acquire a Cessna Cardinal RG, just so he could fly the Champ. 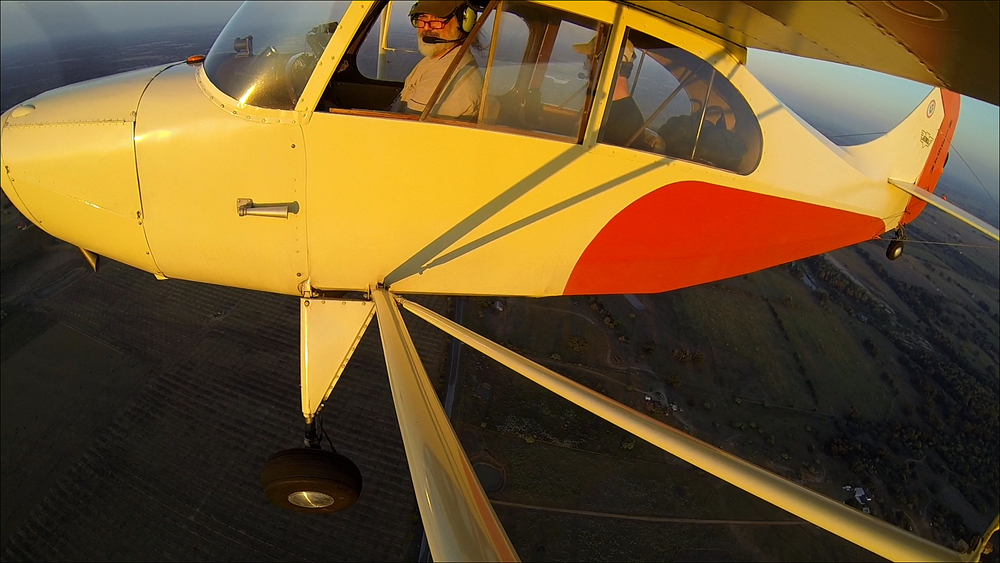 It has a 13-gallon header tank and a 5-gallon wing tank. It’s not fast and doesn’t hold much fuel but that didn’t stop Beaux from flying from Texas to Missouri to view the eclipse, which you can read about in this month’s event spotlight.

The club has a member interested in purchasing a Cessna 182 and offering it to the club on leaseback so they can provide a more suitable cross country aircraft in the fleet and possibly attract some new members. At that point, the club may sell the C-172.

When Dick Peck retired from the airlines about 15 years ago, he just wanted to “do something useful, and the only useful thing I knew had to do” was to fly. From the time a National Airlines captain took him under his wing and taught him to fly as a teenager, Dick has been passing on his passion and paying it forward—whether he was instructing in the Air Force, for the airlines, or now inspiring the next generation of aviators through the Fayette Regional Flying Club.