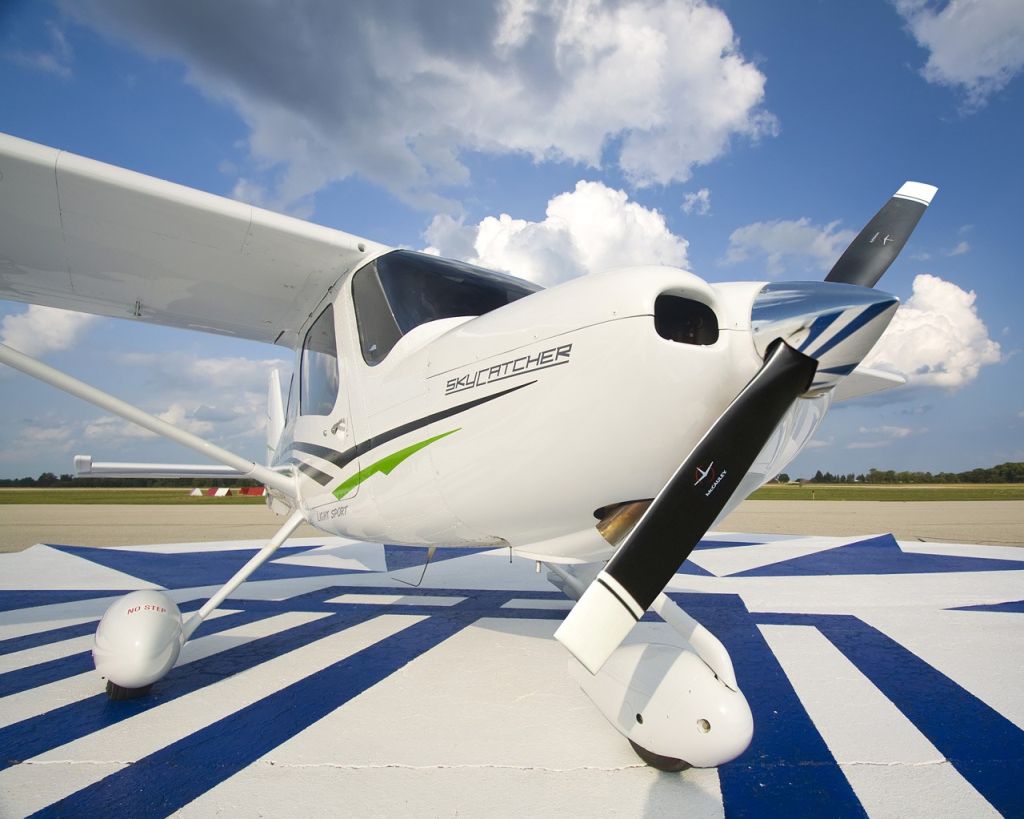 It’s not often you find a flying club in formation that has been around for almost 25 years. But that is the situation with the Airhawks Flying Club based at Orcas Island Airport (ORS) in northwest Washington State.

Bob Waunch founded the Airhawks organization in 1994 to teach kids in the San Juan Islands about aviation. Over the years it modified its mission to providing scholarships to students to help with flight training expenses. And now it’s evolving once again into a flying club with an aircraft.

“When it was formed it was titled, Airhawks Flying Club,” Bob said. “So all we’ve done is modify our mission to include actual training. The flying club will be a subpart of our non-profit organization. We’ll be supervised by the Airhawks Board.”

The change in the organization’s mission came about because of a unique situation to have a Cessna 162 Skycatcher donated to the club.

Max Lyons is the president and CEO of Hillsboro Aviation, located just outside of Portland, Oregon. It is one of the largest providers of aviation services in the Pacific Northwest, operating an FBO, as well as helicopter and fixed wing charters, aircraft sales, management, maintenance, and a part 141 flight academy.

The flight school had ordered 60 Skycatchers, and had taken delivery of about 20, before Cessna decided to stop selling the Light Sport trainer designed to replace the C-150. Hillsboro sold all of their Skycatchers but had one left that had some nose gear damage. It sat for about a year before it was repaired. 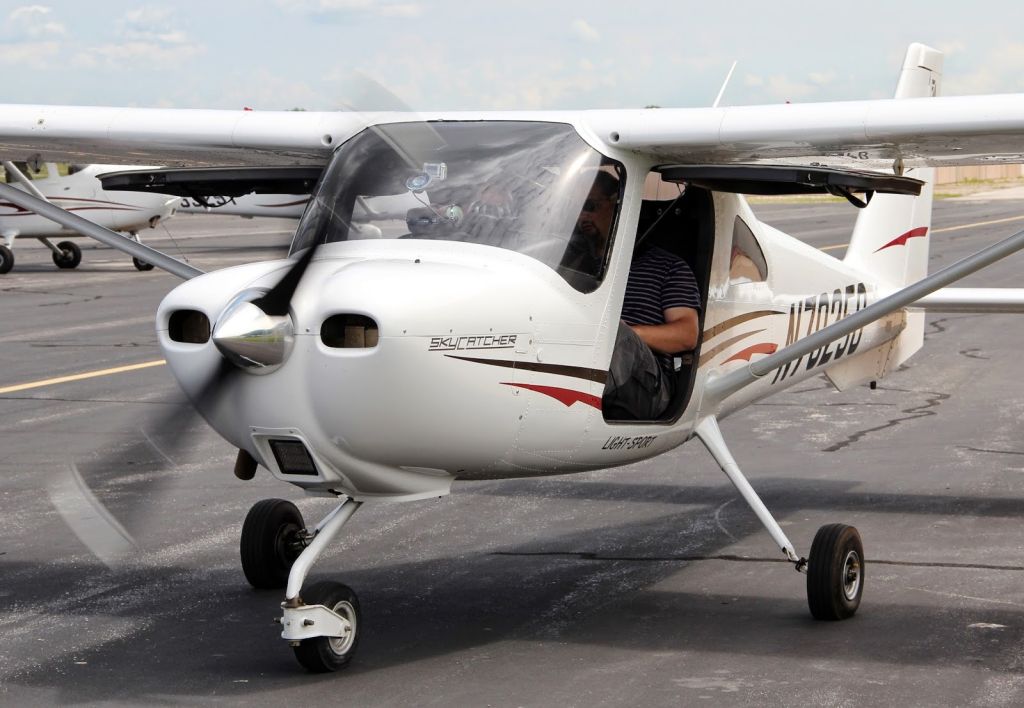 Max brought the plane to Orcas Island, where he has a home, with the intention of donating it to a non-profit for training young people. He chose Airhawks, which is now evolving from a scholarship organization to a flying club.

So far the club has six members that have paid a $500 initiation fee to join, and there are a few more that will be joining soon. Dues will be $50 a month and the aircraft will rent for $100 an hour, Hobbs time, wet. The hourly rate includes $35 to cover the lease. If the club is successful and the plane is donated, the hourly cost will drop significantly in the second year.

The club will fill a need on the islands for aircraft rental and flight training. “We live on an island and we have not had any active CFIs for several years, and we’ve never had any aircraft for rent,” Bob said. “There is a really strong interest in flying because it is an island, it’s boats and airplanes. There is a lot of flying, a lot of people in flying, but there have been a bunch of people that have wanted to learn to fly and those that are no longer current that want to get back in to flying.”

One club member is a rusty pilot who used to own a 172 and is looking to get back into flying, and several other members are new pilots. Another club member, a former F-16 pilot who flies air ambulances, is completing his CFI and will serve as the club’s instructor.

As it stands now, there is one flight school at Friday Harbor Airport on San Juan Island, which Bob said has had difficulty maintaining instructors as many have left to pursue careers with the airlines. The only other option is to go to Bellingham, on the mainland. 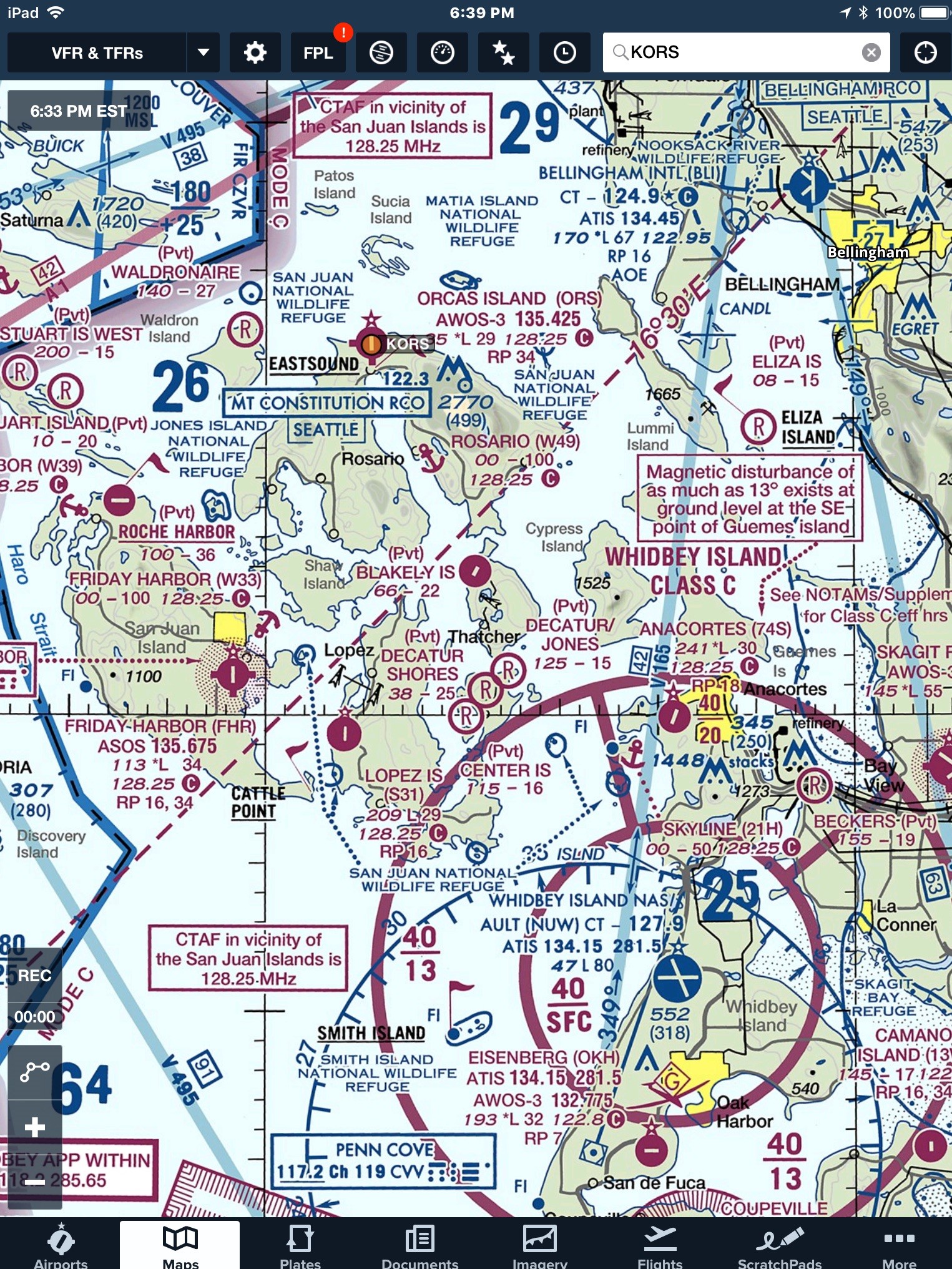 Taking the ferry to Bellingham is an all day trip. The ferry takes about an hour and a half, and then you drive an hour to get to the airport, making a one-way trip at least two and a half hours. Flying takes 15 minutes, and that includes taxi time, Bob said. Another option is an instructor could fly an aircraft to Orcas Island to meet a member, but the member would be responsible for paying for that time as well.

To start the club is looking for at least eight members to be able to cover costs, with insurance being the biggest financial liability at this point. “Our goal is to make sure we get enough flying time on the aircraft so we can get it donated and then enough members so we can get a bigger, more powerful aircraft,” Bob said. “As soon as we can get a four-place aircraft like a warrior or a 172 or something in that class, people will want to upgrade right away.” 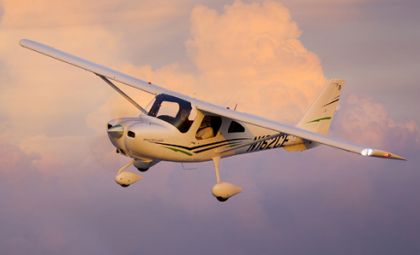 Other items on the club’s to do list are finalizing operating rules, which Bob is working on, and developing a website and Facebook page. Once the club starts flying it also plans to offer demo flights for the kids and expects scholarship applications will increase.

For nearly 25 years, Airhawks has been inspiring San Juan Islands youth to take to the skies through a scholarship program. With the opportunity to get an aircraft donated to the organization, it is modifying its mission to become a flying club to continue to promote aviation in an area where there is a strong interest but hasn’t had the means.