Event Spotlight: Looking Under the Cowling Builds Knowledge and Camaraderie in Maryland 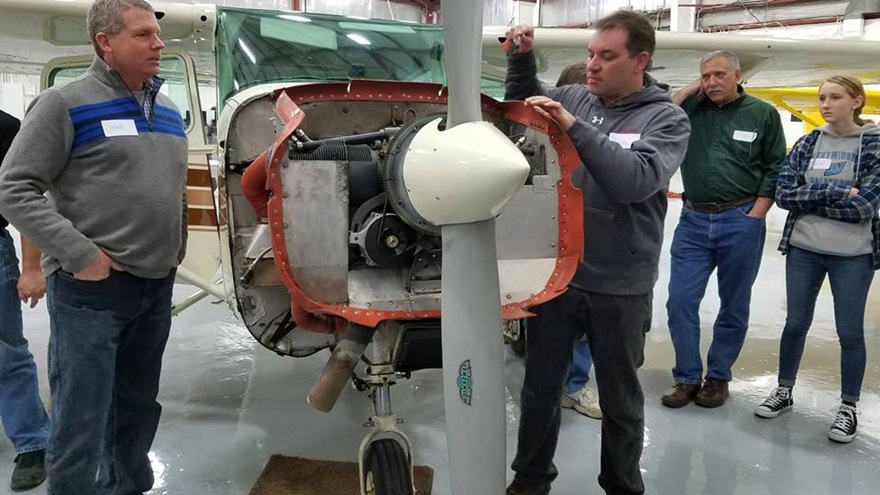 “I started explaining what the carburetor heat actually does,” Walt said. “That’s when we got to thinking, there’s all these people new to aviation, and some that already fly, that don’t really know what all these mechanical parts do. That’s when we had the idea to have a mechanics seminar.”

Walt called his friend Carmen Matricciani who is a mechanic for Martin Marietta and an aircraft inspector, and asked if he’d be interested in giving a seminar. Then Walt called AOPA and asked if the club, which is based 17 miles to the east of Frederick, could use the National Aviation Community Center hangar because it is heated and larger than what is available at Clearview Airport. Both Carmen and AOPA said yes.

The event was scheduled for a Saturday and they decided to have a wintertime BBQ and grill hamburgers and hot dogs and serve potato salad and macaroni salad for lunch. “I found if you incorporate food in what you do, it keeps people around longer,” Walt said. “It keeps the social part going and nobody leaves because they’re hungry.”

Invitations were sent to members of the Clearview Flying Club and the nearby Essex Flying Club, and a flyer was posted to the club’s Facebook page, which said the seminar would “open up the club’s 1975 Cessna 172M to explain and demonstrate the various controls and their effects on the plane. This seminar will be especially beneficial for student pilots but will be fun and educational for any pilot or aviation enthusiast.” 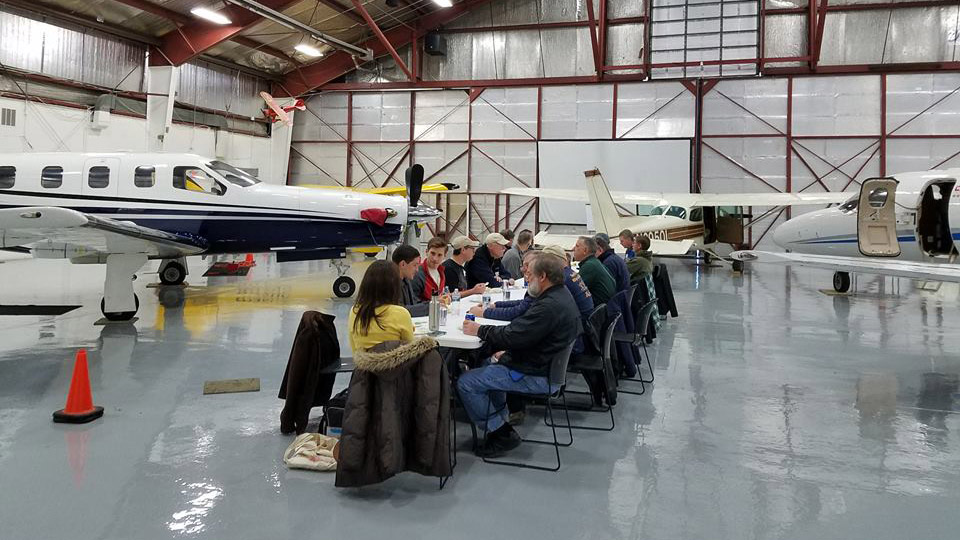 A total of 21 people from both clubs attended. Five of the attendees were students and the rest were licensed pilots. Walt felt about 20 participants was the right number for the seminar. Any more and it would be difficult for everyone to get close and to have an opportunity for hands on learning. The event was scheduled from 11 am to 2 pm, but it lasted until 3 because of the interest.

“In a sense we did an annual without doing a full annual,” Walt said. “We started off with the powerplant.” They removed the cowling as a group and Carmen began by explaining the different components in the engine compartment and what they all do. They discussed what to look for, where you would look for certain things, and that raised a lot of questions from the group.

Carmen had a flip chart to sketch out how things worked and participants engaged in discussion about various experiences they had and what they did when they experienced carb ice or other problems.

Walt estimates they spent almost two hours on the powerplant and then took a lunch break. After finishing the hamburgers and hot dogs, they started opening up the inspection plates in the wings.

“We started explaining how the hinges work on the ailerons, the flaps and what to look for on your preflight,” Walt said. “It was more than just to see if a roller has fallen off.” They explained what each part does and how it does it, including how the electric flap motor works and how to lubricate it. They covered how to lubricate cables and showed how the cabling actually works on the pulley system that comes from the instrument panel. 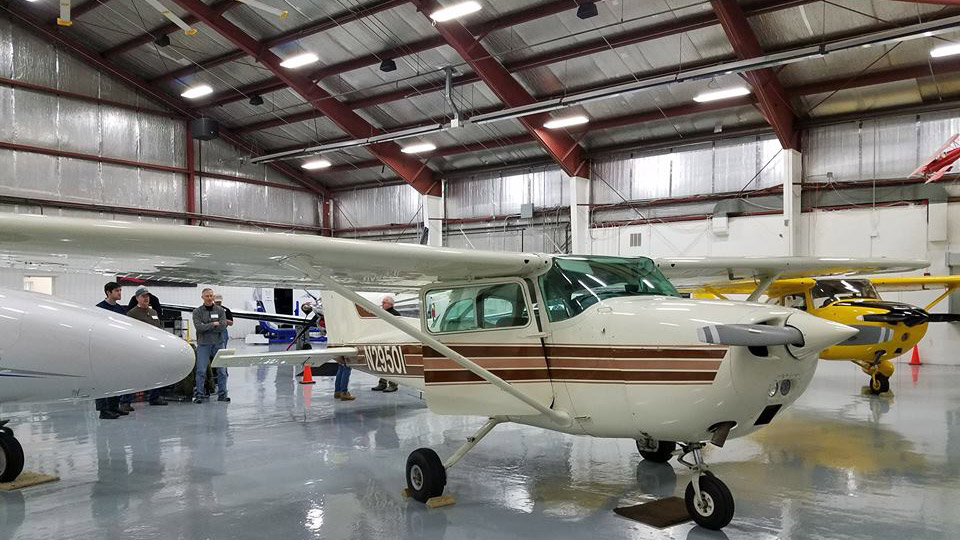 The club provided flashlights and a couple mirrors so participants could look at the different parts that were being discussed to see for themselves as they moved around the 172. When they got to the inside of the aircraft, they took out the rear wall of the baggage compartment to see in the fuselage. “Everybody thinks we’ve got this big area back there that’s full of a whole bunch of stuff,” Walt said. “When they look and realize it’s just a couple of little cables, they’re wowed by it because they never see these parts of a plane.”

There are many benefits of the Plane Mechanics Seminar. First, it’s an opportunity to get members of the club together and possibly partner with other clubs and that helps build camaraderie, which is always good. “The social part is really important to keep people motivated,” Walt said. “If you just have the club and don’t have anything to keep people coming to the airport, you’re going to lose the members.”

But more importantly, by learning about the various components and systems in the aircraft and how they work, the club is creating safer pilots.

“I think it’s pretty good to know how these things work because if you have a problem with the carb heat or the mag or any of these others things, if you understand how it works, in an emergency situation you’ll have a better understanding of what to do to correct for it,” Walt said. “A lot of times something doesn’t work right and you drop it off at the mechanic and they call you when it’s fixed and you really don’t pay attention to what’s inside.” 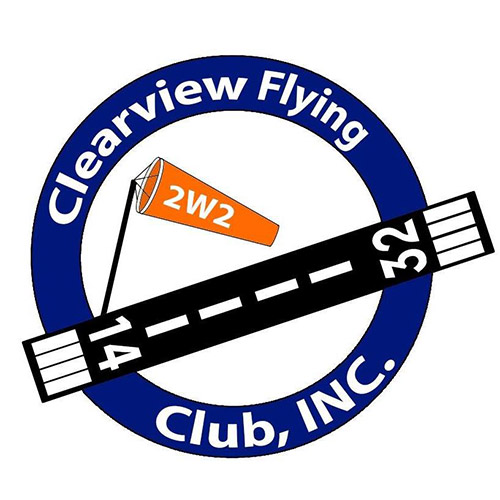 The Plane Mechanic Seminar may have been created to help the Clearview Flying Club better educate its members about simple questions related to aircraft operations, but it can serve as a model for other clubs.

“It was a very, very informative event. Even for people that already have their license,” Walt said. “A lot of guys came up and said, ‘I learned so much.’ Everybody was really interested, asking a lot of questions, and there was no boredom,” Walt said. “Nobody left early. I think it’s a really good event for others.”