Flying Clubs Club Connector Newsletter Club Spotlight: Getting Off the Ground From Formation to Flying in Bemidji, Minnesota

Club Spotlight: Getting Off the Ground From Formation to Flying in Bemidji, Minnesota 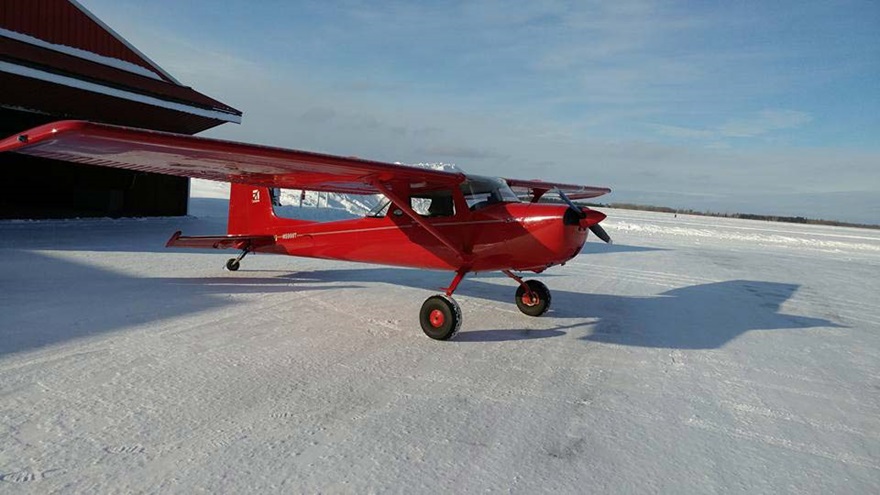 Christmas came a few days late for the Bemidji Flying Club in northern Minnesota. They only received one present and it wasn’t wrapped in a bow. But it swooped down from the sky to be delivered just like a package from Santa’s sleigh, and was the same red color as Rudolph’s nose so bright.

On December 28, the Bemidji Flying Club acquired its first airplane – a 1964 Cessna 150 with a Bolen taildragger conversion. It was the culmination of several years of work from the initial founding of the club to actually getting an aircraft for members to fly.

The Bemidji Airport is the home to AirCorps Aviation, which specializes in restoring WWII fighters; Bemidji Aviation, which is a Part 135 Charter operation that also flies freight for UPS; and an active EAA Chapter.

“There’s a good little community of aviation people,” Club President Sam Walsh said. “It was 2013 when a group of guys got together and we decided to start a flying club.”

The club didn’t want to compete with Bemidji Aviation, which also rents Cessna 152s and 172s, and club members wanted access to an aircraft that they couldn’t rent, which is why they decided to look for a tailwheel.

The mission of the club is fellowship, flying, fun. “So flying is in between the two building blocks so to speak of fellowship—-hanging out and enjoying aviation—and having fun doing that,” Sam said.

Stepping Back to Move Forward

The search for an aircraft got off to a slow start. “Focusing on getting an airplane was difficult because everybody has an opinion on what they want to get,” Sam said. “It kind of went nowhere for a few years. We were looking for an airplane and nothing came up. So we pivoted and started focusing on the social aspect of flying.”

The club had monthly meetings, sometimes with a safety topic, and shared their love of flying. They organized a few fly outs with rental planes and members who had their own aircraft. The club collected no dues and didn’t have a buy in at the time. It was truly just a social club where those who love aviation could enjoy the company of fellow aviators. Ironically, that is exactly what the club needed to build the excitement and energy to get an aircraft. 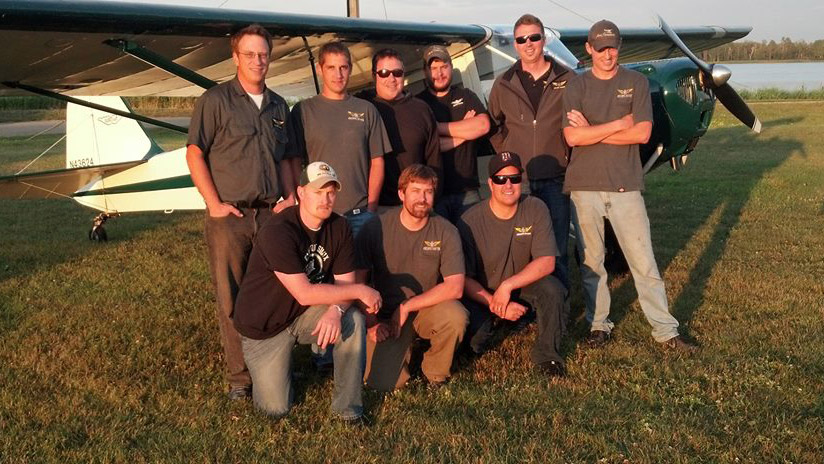 “When we stepped back from looking for an airplane and focused on the social aspects, interest seemed to start to pick up,” Sam said.

About six months ago the club formed a committee with two members designated as buying agents who were tasked with finding an aircraft and bringing it before the members to vote on. They narrowed their search to a two-place, tailwheel airplane.

The club considered a J-3 Cub but felt finding one that was in decent shape wasn’t within the budget of a startup club. So the Bemidji Flying Club decided to focus on finding either a 150 taildragger or an Aeronca Champ, even though the tube and fabric construction meant higher maintenance costs and paying about $250 to $500 more for insurance compared with a 150.

In December, they found a 150 taildragger that they liked and it was in Minnesota. “That was another advantage. When you start penciling out having to fly someone out to get an airplane and ferry it back, you’re starting to look at $2,000 to get an airplane home,” Sam said. “Sometimes the local pickings aren’t the best, but if you can find [an airplane] locally, it definitely helps because you can talk with other people who have dealt with the airplane. And of course getting it home isn’t as big an issue”.

The Bemidji Flying Club has 10 members who all paid a $3,000 buy-in once the plane was identified so the club could purchase the 150. “Everybody was interested and onboard and chipped in the money,” Sam said. “And we went and purchased it.”

In January, those 10 flying members starting paying dues of $75 a month. The club plans to offer a social membership for $100 with the money going into a fund to build the Bemidji Community Aviation Center, which will be a clubhouse for anyone with an interest in aviation, as well as a hangar. 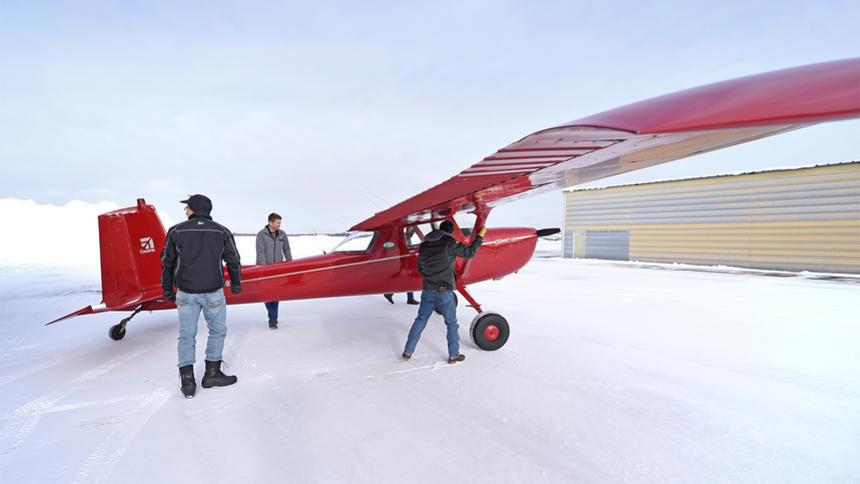 The aircraft rents for $15 an hour, tach time, dry. Fuel costs in the area range from $4.75 to $5 a gallon, making it one of the most affordable ways to fly.

In the immediate future, the club is focused on getting all of the members checked out in the 150. Once everybody gets checked out, the club will begin looking for a second aircraft and expanding its membership.

Building on the Momentum

“We’d like to get a second airplane,” Sam said. “Something that you could use for longer trips and for complex training. That’s our next step, and eventually we’d like to get big enough to support that clubhouse idea fully.”

The club plans to operate the planes as two separate aircraft within the club, with a buy-in to one or the other, or a combined buy-in for both. They are in the process of putting together a list of people who would be interested in buying into a second aircraft.

The leading candidates are a Mooney or a Piper Arrow. The idea is to add an aircraft that currently isn’t available to rent in the area that could serve as both a capable cross-country aircraft, and with retractable gear so they can offer commercial training.

It may have taken the Bemidji Flying Club a few years to build the momentum to get an aircraft, but once the club got organized and started focusing on the social aspect of a flying club, things began to take off. Holding regular meetings, planning fly outs and sharing the camaraderie that comes with a club provided the drive to get incorporated and purchase an airplane. Just after Christmas the club’s patience paid off with a gift that is sure to deliver many returns for years to come.

“It’s one of those things that a lot of people are going to get a lot of enjoyment out of,” Club President Sam Walsh said. “The goal of the club is to promote aviation in Bemidji and bringing new guys in.”