The Key City Fliers based in Dubuque, Iowa, has been around since 1960 and is in the midst of a transition.
Flying Clubs Club Connector Newsletter Club Spotlight: The Neighborhood is Changing - Key City Fliers Illustrate the Life Cycle of a Club

Club Spotlight: The Neighborhood is Changing - Key City Fliers Illustrate the Life Cycle of a Club 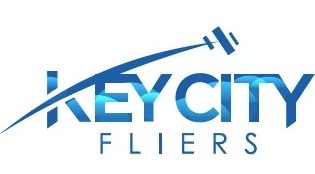 Fifty years ago my father purchased the home my parents still live in today. The neighborhood looks pretty much the same as it did in the 1970s and ‘80s when I was growing up, but over the years the faces have changed. A neighborhood has a life cycle that changes over time, and flying clubs are no different.

The Key City Fliers, based at Dubuque Regional Airport (KDBQ) in Iowa, is an example of a club that is in the midst of a changing life cycle. Among the issues that have come up in the past year include upgrading the club’s fleet to more modern aircraft, long-term members leaving the club, trying to encourage members to fly more regularly, updating dues and hourly rates, handling a change in insurance deductibles and revising the club by-laws to reflect where the club is today, compared to where it started.

In 1960, three pilots with a Taylorcraft founded the Key City Fliers. Fifty-seven years later, there are 28 members and the club owns a 1973 Piper Cherokee 140, and it just purchased a 1978 Piper Dakota to replace a 1978 Piper Archer II, which it plans to sell later this year.

Its mission is right on page 1 of the club website: "Key City Fliers is a non-profit organization focused on delivering safe access to light aircraft for its members at an affordable rate".  It does that with a $500 buy-in, $75 monthly dues, and an hourly rate of $83 for the Cherokee and $98 for the Archer. They haven’t set the rate for the Dakota yet, but it is likely to be between $115 and $125 an hour, said Club President Dusty Bodine.

The acquisition of the Dakota helped bring to light an issue that other clubs certainly face as part of their life cycle – modernizing a club’s fleet. Last summer, the Key City Fliers paid off both the Cherokee and the Archer and the president at the time was interested in upgrading to a more modern aircraft. He was set on acquiring a Cirrus SR20.

His thinking was that having a modern aircraft with a glass panel could attract new members, particularly University of Dubuque student pilots who are in the area over the summer. The university has a fleet of new C-172s equipped with G1000 panels that rent for $210 an hour, plus the instructor’s cost. The idea was the SR20 would have a lower hourly rate, and still has a glass panel, so university students could build time through the flying club, which would help increase membership.

The president, however, couldn’t build enough support from members for an aircraft with a glass panel. After running the numbers, pricing out some SR20s, and doing some comparisons, the club decided to look for a Dakota. It has a greater useful load than the SR20, it’s only 5 to 10 knots slower, and has a traditional six pack, although Dusty said the club does plan to upgrade to a G500 once it sells the Archer.

One of the questions the club faced was how much input should a member have in aircraft selection, if they aren’t flying regularly and don’t indicate that a different plane would change their flying habits?

Dusty said the club took everyone’s input equally in its search for a new aircraft. “We tried not to step on too many people’s toes, to do something that everyone agreed upon.” Since the majority of members didn’t support getting an SR20, the club found an aircraft that more members had an interest in. 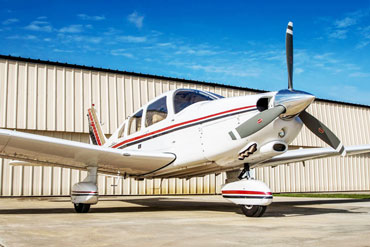 For any club acquiring an aircraft, the key is having a clear mission statement and understanding how members want to use the aircraft. Developing some parameters for a search based on those factors will help ensure the club stays true to its members. As a club evolves, its mission could change, and so could aircraft selection. For instance, if a club didn’t offer primary training when it began, but is looking to do so now, adding a basic aircraft to a fleet makes more sense than something more complex.

The acquisition process raised another life cycle issue – aging members that aren’t flying much, but who still want to be part of the club. The easy thing to do would be to move those members into a social membership, so they can continue to be part of the club, but without flying privileges. The challenge for Key City Fliers is that they traditionally haven’t had many social type events, so having a social membership doesn’t provide much value - unless they begin to do more social events.

In the past several years, some of the early members of the club have left. “About 5 or 10 years ago we lost a good number of the older guys. Those were the founding members that knew, 'we bought this plane in this year and this is why we sold it',’” Dusty said. “It’s kind of sad that we lost a bit of the history, but we still have a really good crew of guys.”

Only about half of the members, however, fly on a regular basis. That prompted Dusty, a 27-year-old engineer who joined the club a little more than two years ago as a student pilot and became president earlier this year, to reach out to AOPA to get some advice on how encourage members to fly more. 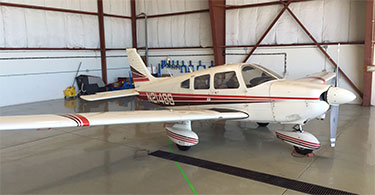 “That’s what I originally called AOPA for - to figure out how to get guys to fly more, what incentives other clubs do,” he said. Dusty spoke with Les Smith, Senior Director for Pilot Community Development. “He was very helpful with lots of ideas. I was picking his brain on things to do to increase membership, to increase camaraderie. We have this group of older guys, they like the idea of being part of a flying club, but they’re not flying.”

The club has an incentive in which members who don’t fly in a certain month or who have a 12-month billing average that is less than 12-flight hours, get billed for one flight hour for that month. This becomes a credit to a member’s account, so the next time they fly, the hour is free.

One benefit of this system is that a member could bank his flight time all year, and then take the plane on a long vacation. One member used to do that, taking trips to Key West and Las Vegas. However, the club has found more often members are accumulating upwards of $2,000 in credit, yet show no indication of using it to fly.

The board is in the process of updating the by-laws to adjust the program in a way that allows a member to build the credit, but only up to a point. One option might be to cap the credit at $1,200 (about 12 hours of flying) and everything above that amount would stay with the club.

Some clubs allow members to transfer banked hours to another member. Another idea is for an actively flying member to fly with a member who hasn’t been flying but who has built up credit, and charge the flight time to that member’s account. 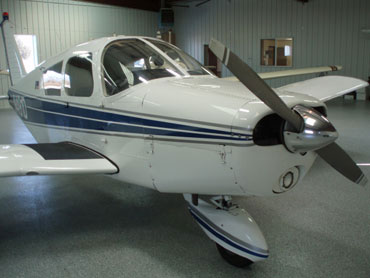 The Key City Fliers are still in the process of choosing what works best for its members, as it evolves and the neighborhood changes. These are but a few of the issues and ideas a club may face over its life cycle. Every club is unique and will face its own challenges over the course of years and decades - but life cycles are inevitable.

The key is to understand your mission and your members' motivations, and also knowing that there are vast resources available to help – whether it’s the AOPA Flying Clubs Initiative, the You Can Fly Ambassadors, or perhaps another flying club. Chances are another club has faced a similar issue and is happy to share their experience.  As we discussed in recent News from HQ articles, change is inevitable and it can be good a thing - but has to be embraced as an opportunity.