Most pilots don’t like the sound of a stall warning horn blaring in the cockpit. But for Charlie Bates, it was the sound of money in the bank and rang true like a cash register’s “cha-ching.” That’s because as part of the 50th Anniversary celebration for the Crosswinds Flying Club this past June, members did 50 touch-and-goes in club aircraft to raise money for St. Jude’s Children’s Hospital. 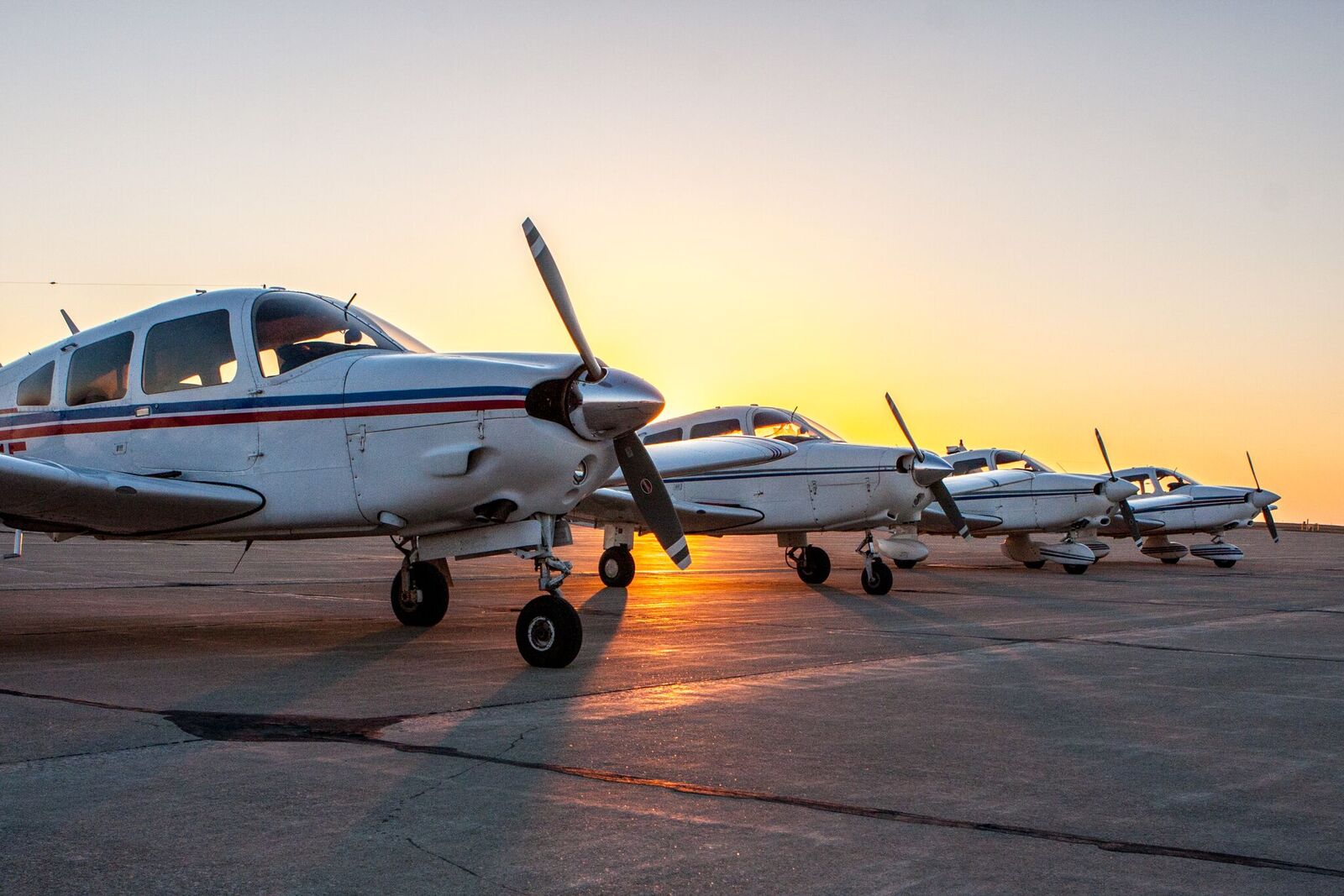 Pilots contributed $10 - or received donations from sponsors - for every landing they did.  One of Charlie’s friends from when he was going through flight training offered to donate $10 for every landing he did—provided the stall warning horn went off as he touched down.

The Crosswinds Flying Club was founded in 1967 by Bill Wyse, a flight instructor and pilot for Ozark Airlines. The club started with one Cherokee 140 and today has four Pipers – a Warrior, two Dakotas, and an Arrow II – and about 30 members. One of the early members and a club flight instructor was Ethel Sheffler, who served as a Women Airforce Service Pilot (WASP) in WWII. 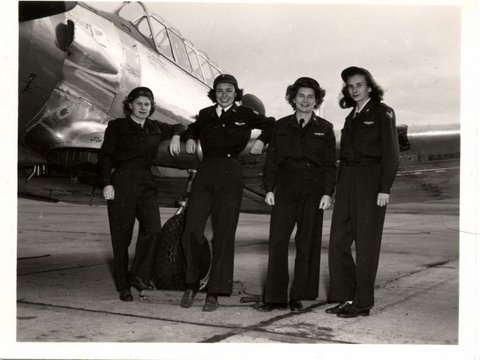 Charlie, Crosswinds’s treasurer, suggested the club celebrate the anniversary and put a small team together to plan an open house and BBQ. He also thought the celebration would be a good opportunity to get some press time and raise awareness of the club.

“We saw this 50th event as a good way to get our name out there and that’s been kind of successful,” Charlie said.

One of the members offered to write a press release, and another member, Craig Cullen, came up with the idea of doing 50 touch-and-goes in the club aircraft and suggested it could be a fundraiser for a needy cause. Charlie recommended St. Jude as the beneficiary, and the board agreed.

The planning team picked a date and then met with control tower personnel at Central Illinois Regional Airport, where the club is based, to share the idea and to get their thoughts. The airport has several scheduled airline carriers, so the club wasn’t sure what type of reaction they would receive from the airport.

“They were very supportive,” Charlie said. “We looked for a time frame during the day to do it when there wasn’t a lot of commercial traffic coming in.” 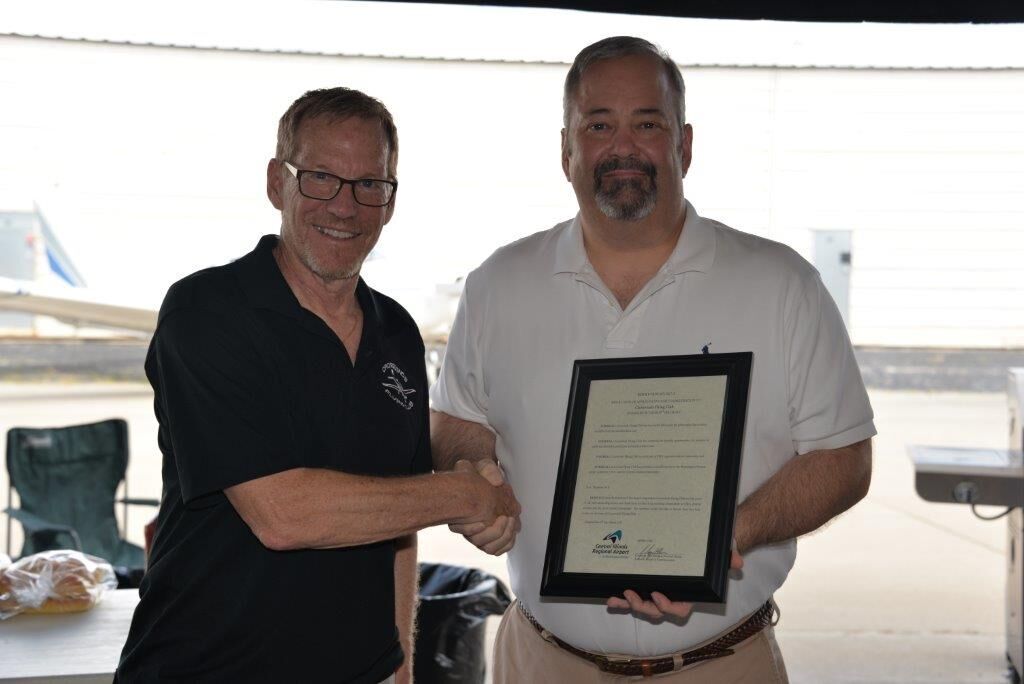 Six pilots flew three of the club aircraft from 6 pm to 8 pm on a Friday night, when there are typically fewer airport operations. “We just took turns, going out doing seven, eight, nine, ten touch-and-goes. We got to the end of the day and we were I think three short, so Craig and I took the Arrow up and did three more and finished it off,” Charlie said.

A few club members brought their kids out and had them ride along with them, and another member’s wife took pictures. The next day the club had its open house and BBQ, providing a weekend of fun activities to celebrate the anniversary.

The fundraising event took about a week of planning, and the club raised more than $1,000 for St. Jude’s Children’s Hospital in Peoria, Illinois. “It’s always great when you can combine something that you enjoy doing and can help other people while doing that,” Club Secretary Brian Arends said. “That was very rewarding.” 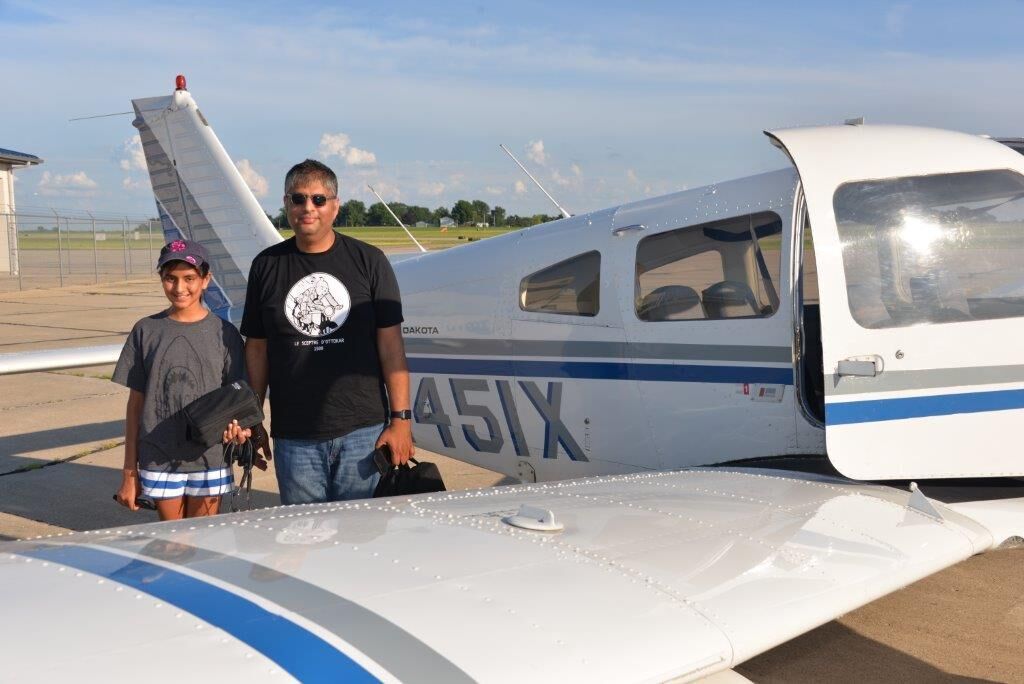 In addition, the celebration landed (pun intended) a radio interview on the local NPR station, WGLT, and an article in the local paper, the Bloomington Pantograph. Since the anniversary celebration, four potential members have contacted the club, and two of them specifically mentioned seeing the article.

One of the challenges many flying clubs have is reaching beyond the aviation community to the general public. Anniversary celebrations provide an excellent opportunity for clubs to plan an event to not only recognize the club’s longevity and success, but also to generate positive press in the community.

Combining the celebration with an activity, such as an open house, BBQ, or charitable event is a great way to showcase the club, raise the awareness outside of an aviation audience, build relationships and generate goodwill in the community, as well as introduce the club to potential members.