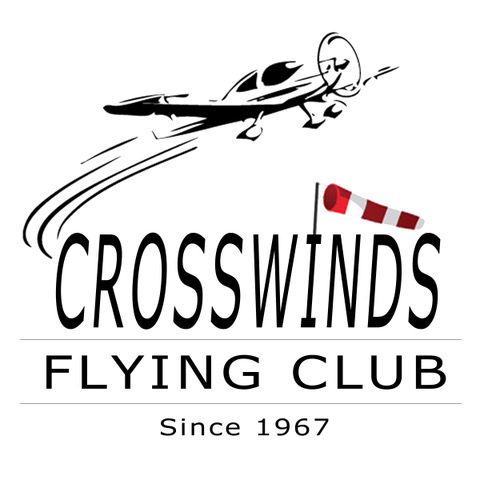 1967 was a tumultuous year. It began with the launch-pad fire of Apollo I taking the lives of astronauts Roger Chaffee, Gus Grissom, and Ed White; the war in Vietnam raged—John McCain was shot down and became a POW as protests at home became increasingly violent. Aretha Franklin was singing about R-E-S-P-E-C-T, the Beatles said All You Need is Love, but the riots in Detroit and Newark, NJ made it seem as if people where taking The Doors, Light My Fire, way too literally.
But it also was a year of firsts – Bart Star led the Green Bay Packers to victory in the first Super Bowl, and members of the Crosswinds Flying Club took to the air for the first time in a Cherokee 140 at Central Illinois Regional Airport (KBMI) in Blommington, Illinois.
The club was founded by Bill Wyse, a pilot for Ozark Airlines and a flight instructor, with the idea that flying should be fun and affordable. One of its early members and instructors was Ethel Sheffler, a Women Airforce Service Pilot (WASP) in WWII. 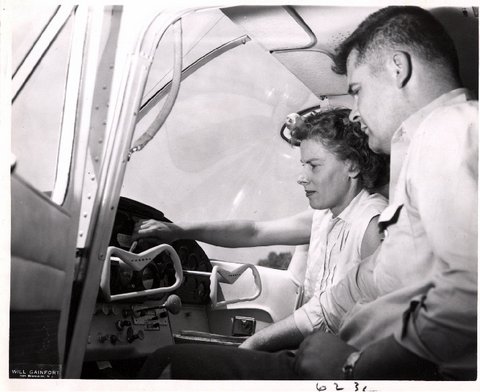 According to news articles, Ethel became a flight instructor when the airlines would not hire her as a pilot after the war. She was the 13th woman in the world to get a helicopter license, and she instructed well into her 80s and had over 20,000 flight hours logged at retirement.

To celebrate its 50th anniversary, the club held a fundraiser for St. Jude’s Children’s Hospital and raised more than $1,000. Members got sponsors to donate money for each takeoff and landing they did, completing one for each of the 50 years of the club’s existence. (See this month’s Event Spotlight) LNK

Fifty years after it was founded, the club continues to thrive with four aircraft, strong organization, and sound financial footing. Crosswinds maintains four Pipers – a Warrior, two Dakotas (one with a Garmin 430 and the other with a Garmin 650), and it just added an Arrow about a year ago.

“We chose an Arrow because of the complex nature with the retractable landing gear,” Club Secretary Brian Arends said. “We like to encourage members to get their commercial and instrument ratings, and that’s why we got the plane. We are one of the only places in the area that has a complex airplane.” 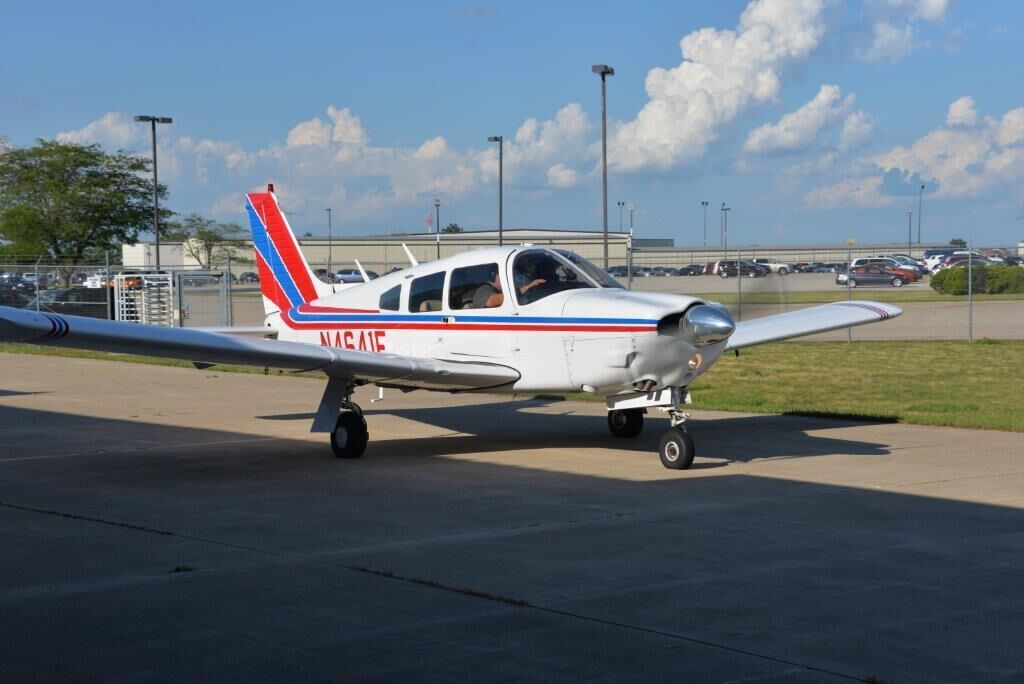 The club has about 30 members and a good majority actively fly. In fact, last year club members flew about 900 hours. Having a very low member to aircraft ratio (less than 8:1) makes scheduling easy and allows members to take planes on longer cross country flights without inconveniencing other members. “I’ve never had any issues scheduling a plane when I’ve wanted to have it,” Brian said. “I’ve taken the planes to Alabama, Texas, Arkansas, all around the Midwest and had really good luck with it.”

There are a couple of factors that encourage members to fly – low hourly rates and members are charged two hours flight time each month for the highest level aircraft they are check out in. They may also bank up to 24 hours of flight time.

Rates are Tach time dry, which the club said is because prices vary from airport to airport and day to day. Fuel at Bloomington at the time of writing was $4.85 per gallon, but club members get a $0.25 discount, and several airports within 40 miles had prices between $4.10 and $4.25 a gallon.

The club offers members an opportunity to save even more on hourly costs by joining the “2K Club.” A member may loan the club $2,000 and upon leaving the club they would get the money back, in exchange for discounted hourly rates.

“It’s a good way for the club to keep a little liquidity and a member can get a good rate,” Brian said. “One guy who flew 50 hours a year was able to save $5 or $10 an hour. That’s a better return than I get at the bank.” 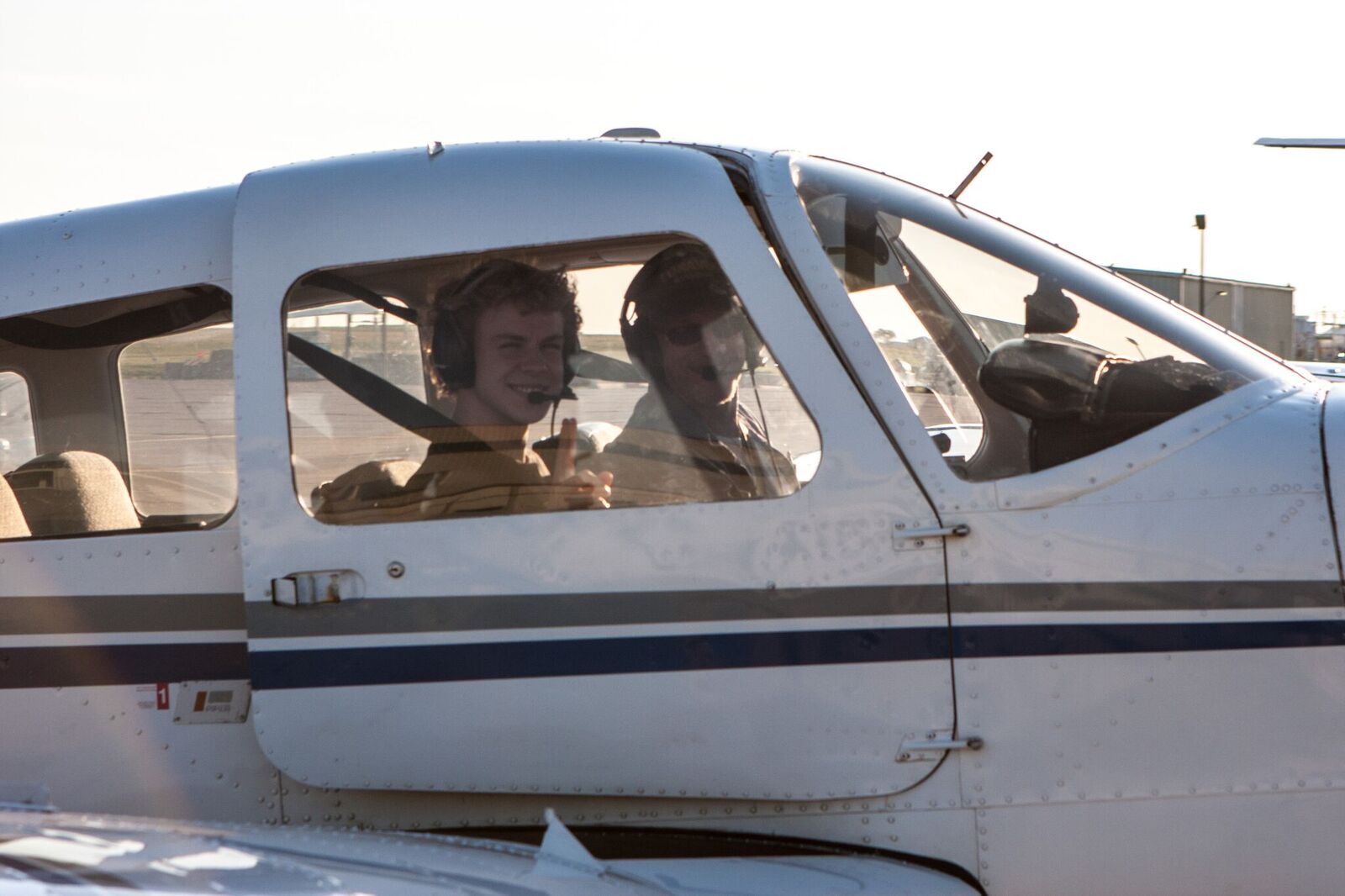 Having that liquidity has allowed Crosswinds to add the Arrow to its fleet and replace the engine on one of the other planes recently without having an assessment. Going forward, the club is looking at upgrading aircraft interiors, investing in avionics to meet the coming ADS-B requirements, and creating reserves so they won’t have any trouble with the next engine replacement.

Strong Organization Key to Success
One look at the Club’s web site, located at http://crosswindsflying.com, and you can see the club is organized and well run. There is a wealth of information detailing membership, the advantages of being part of a club, useful aviation links, and frequently asked questions.

“You have a lot of responsibility when you’re flying a plane and I like to be part of a group that’s organized and motivated and safe,” Brian said. “That’s the main thing that attracts people to our club is the low cost and the organization of it all.”

Building upon that strong organization, low rates, and the successful 50th Anniversary celebration, Crosswinds Flying Club is exploring ways to become a bigger part of the community and grow its membership. The club is looking to partner on future events with the local EAA Chapter and the Prairie Aviation Museum, both located at the airport.

The club’s well-defined organizational structure and solid financial footing has served it well for it’s first 50 years. As it begins its next 50 years, it is well positioned to continue its past success and take the club to new heights.