Club Spotlight: Rising from the Ashes

The Flying Neutrons are a model of Survival and Success 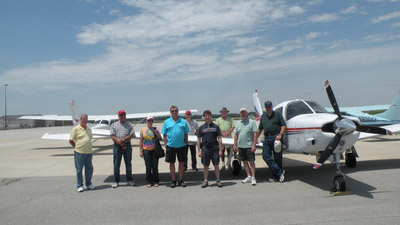 Like many flying clubs, the recession in the late 2000s hurt The Flying Neutrons as membership numbers and flight hours dropped. But the economic downturn was only one of three major challenges the club has faced—and overcome—in the past 10 years.

In 2007, a club 172 was involved in a fatal midair collision just after departing Cincinnati-Blue Ash Airport (ISZ). The flight instructor and pilot were killed, along with the pilot of a Bonanza. About five years later, when the Blue Ash Airport closed, the club had to relocate and chose Lebanon-Warren County Airport (I68), about 20 miles to the north, as its new home.

“It was a big challenge for us because the airport closed four years ago, in 2012,” Club President Steve Sprovach said. “We were a healthy flying club with right around 120 members at Blue Ash at its peak.”

As it became obvious Blue Ash Airport might not stay open, the club lost a few members. But when the airport closed, the club saw its membership drop from 120 members to a low point of 68 members. The club had many members driving about a half an hour from northern Kentucky to Blue Ash. By relocating 20 miles to the north to Warren County Airport, the 30-minute drive became an hour.

When the club moved, it sent a mailer out to existing pilots and made a brochure to attract new members. Steve also credited a good website as a reason for generating interest in the club.

But most importantly, Steve said the club’s sound fiscal structure, which remained unchained through the recession, was key to the club’s success. Other local clubs changed their financial structures to address having fewer pilots and less flight time, which increased member costs, and those clubs ended up failing. With fewer clubs in the area, the Flying Neutrons were able to attract new members and grow back to its previous level. 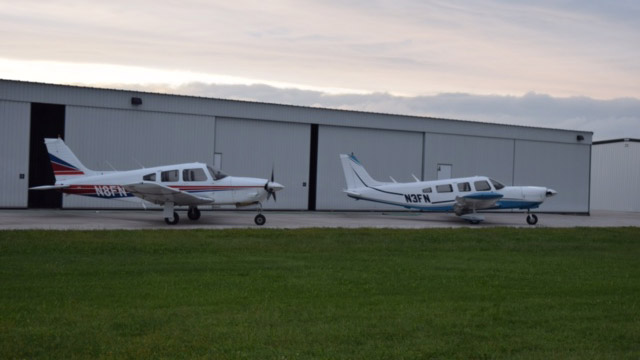 With a large membership comes a large fleet – currently seven aircraft. There are two Cessna 172s, a C-182, a C-206, a Cherokee Six, a Piper Arrow III, and a Brazilian-made Paradise LSA. The club just acquired the C-206 (see the August 2016 Aircraft Spotlight) and plans to sell the Cherokee Six. It also has a non-FAA certified simulator, which is free and members are encouraged to use it to improve their safety.

Although it’s a basic three-monitor set up, you can dial in all kinds of airplanes, including the club’s aircraft. If there is an instructor sitting in, they can change flight conditions as the pilot is flying the simulator. Steve said if his instrument rating isn’t current, he’ll do a few sessions on the simulator and when he gets back in the airplane he is “on the money from the get go,” which reduces the amount of time and cost of flying with an instructor to get recurrent.

Membership is capped at 120 and the club offers three membership levels. The lowest cost membership is an $800 buy in that allows the member flying privileges in the Paradise LSA. For a $1,250 initiation fee, pilots can fly the Paradise and the C-172s, or for $2,500 a member can fly any of the aircraft. Half of the initiation fee is returned when a member leaves the club. If a member wants to change member levels, all they need to do is pay the difference.

“The key to our club is the monthly fee, it’s only $60,” Steve said. “It’s only changed twice [in the eight years] I’ve been a member. Almost all of that goes toward the insurance on the airplanes and the cost of the hangars.” One of the benefits of having to move to Warren County Airport is all of the planes are now in hangars and the club was able to negotiate a five-year lease for its six hangars at a price well below the normal monthly hangar rent. 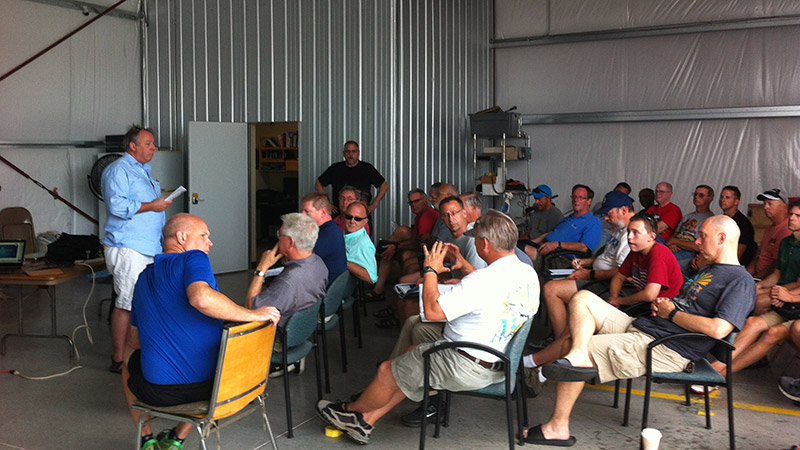 Steve pointed out that for $60 a month, a member can get access to seven airplanes and not have to get individual insurance. “For somebody who has been renting, $60 a month is about what it costs for renters insurance,” Steve said. “If you give up your renters insurance and become a member of the club, you’re on the [club’s] policy, you’re an owner. We’re an equity club. It works out great.”

The club also offers a family membership in which a spouse or child can join and pay half the initiation fee and half of the monthly dues.

All of the planes are IFR certified (except the LSA) and equipped with either a Garmin 430 or 530 WAAS GPS with traffic. “We keep these airplanes pretty darn capable for being old steam gauge airplanes,” Steve said. “The first thing we did after that midair is we put traffic in every single one of our aircraft.”

He also noted that with so many pilots flying with iPads, the club has several Stratus units that can be checked out on ScheduleMaster, giving members the ability to use ForeFlight as an additional resource, particularly for cross country flights.

One of the ways the club makes sure the aircraft are well maintained, in addition to the club maintenance officer, is by having two plane captains for each plane who are responsible for tracking the maintenance of their aircraft. At monthly meetings the plane captains provide an update on their aircraft’s squawk list and the status of any repairs that need to be done or have been resolved. 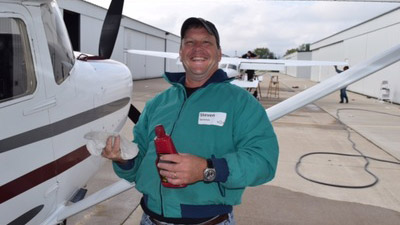 The club has a white board in the club room with each aircraft listed with the date of the last ELT check and inspections. The club has a great relationship with their mechanic, whose father also maintained the club’s aircraft years ago. The mechanic even has the key code to the club room, “so he can see what the tach time is on each of the airplanes and how close each of them is to needing an oil change and everything else,” Steve said.

Through a solid financial foundation and a diverse fleet of aircraft offered at reasonable rates, the Flying Neutrons have been able to endure some very difficult times. Whether it was a bad economy, the tragedy of a fatal midair collision, or the need to relocate to a new airport, the Flying Neutrons have not only survived but have come back to be more successful then ever.

But there is one question that needs to be answered. Where did the club’s name come from? Well, it harkens back to its formation at the start of the Cold War. The Flying Neutrons was founded in 1952 by engineers from the General Electric factory in nearby Evendale, Ohio, where jet engines are built. “Back in the ‘50s they were toying around with the idea of making a nuclear powered strategic bomber,” Steve said. “When you get a bunch of nuclear engineers in the mid-1950s starting a flying club, you’re going to call it something like the Flying Neutrons.”