A Heavy Hauler with Some Get Up and Go 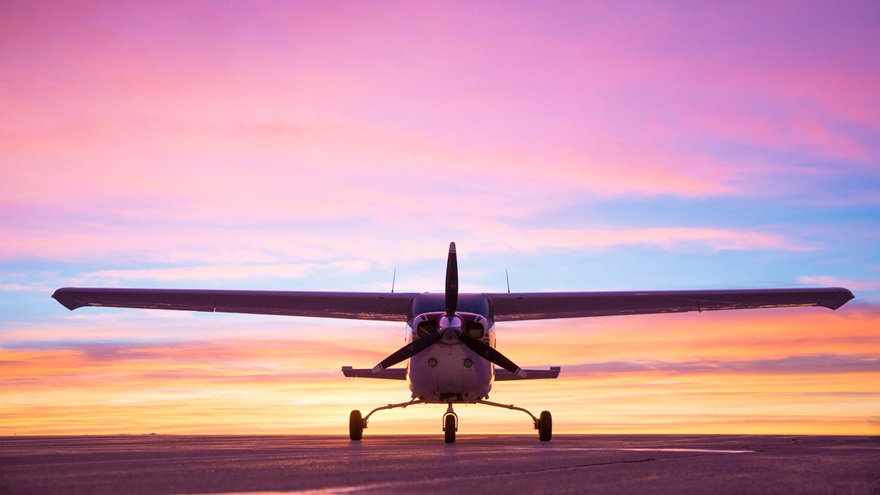 The Cessna 210 cruises at 165 knots and can carry more than 1,000 pounds with full fuel, making it a true six-seat cross-country aircraft. It’s also a good aircraft for getting a complex or high performance endorsement. The Cloud 7 Flying Club based in Eden Prairie, Minnesota, operates two C-210s (along with two C-172s and two C-182s). In 2014, Marketing Director Preston Parker said not only is the 210 a great performer, but it also is a great recruiting tool.

“A 210 is one of those airplanes that you simply can’t rent, and if you can the checkout requirements are pretty stringent as well as the rental costs, which are unbelievably high,” Preston said. “The 210 is one of the biggest draws to our club. We have people who join Cloud 7 specifically for those two airplanes.” 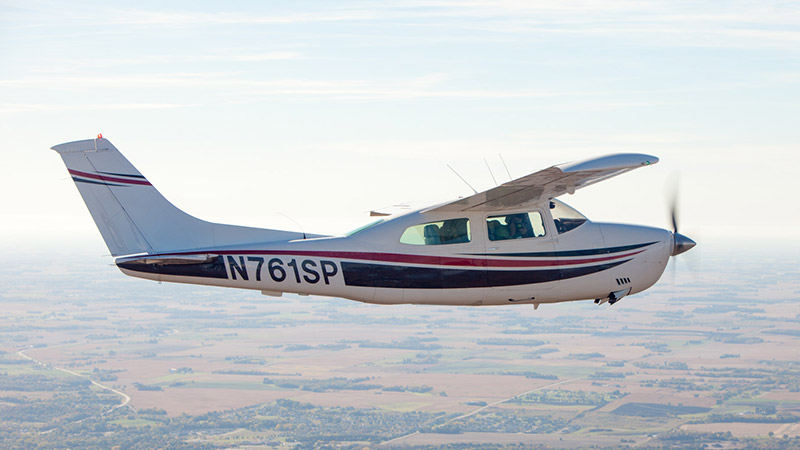 It’s a Cessna with a common engine, so there aren’t many maintenance surprises on this aircraft. Any retractable is going to have a higher annual cost and that’s going to depend on what part of the country you live in. In 2014, Cloud 7 was paying $1,800 for an annual on the 210. However, it can be difficult to get some parts and that adds the possibility of higher maintenance costs and longer times to return the aircraft to the line.

“The biggest challenge right now is that there aren’t that many 210s out there so it is very difficult to get parts, especially some parts that Cessna doesn’t make any more,” Preston said. “For example, gear doors are a six-month wait if they are made by Cessna. If you smash the wingtip of a 172 into a hangar door, you can have that fixed at any airport by anyone pretty quickly. If you do that with a 210, you’re going to be looking for parts for a long time.” 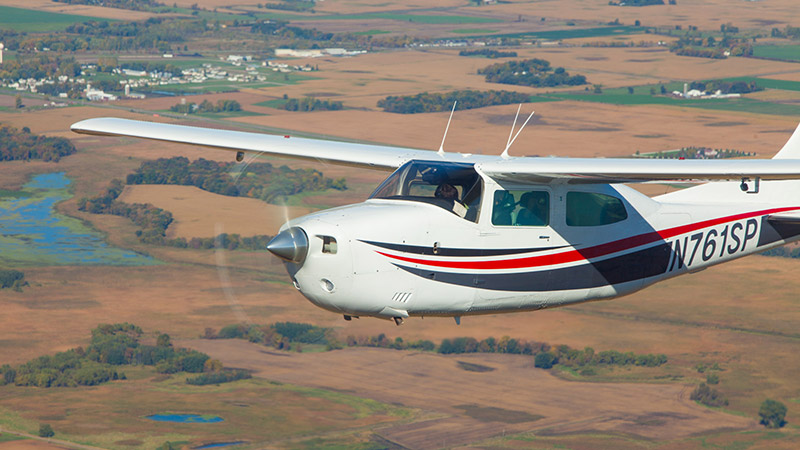 It’s no problem getting insurance for the 210, but it’s likely the insurance company will set some checkout requirements since it is a high-performance, complex aircraft. Cloud 7’s members must have 250 hours minimum with an IFR rating and 10 hours in type. The club has it’s own requirement that members must take an annual flight test to BFR standards in the highest rated aircraft they fly in the fleet.

The club pays $7,500 a year to insure the 210s, through Chartis Aerospace and carries $1 million property damage/bodily injury and $100,000 passenger liability. It has a deductible of $250 for incidents when the plane is not in motion, or $1,000 in motion.

Cloud 7 uses its 210s for advanced training—complex and high-performance endorsements, as well as IFR ratings. “We really encourage our members to move up,” Preston said. “Even if you don’t have 250 hours and an IFR rating [which is required] to fly [our] 210, it doesn’t mean you can’t do IFR training with an instructor in the plane. What a lot of guys do as they get close to the 250-hour mark is they’ll start flying in the 210 to finish up their instrument rating so by the time they have their hours, they’ll have their time in type and they’re ready to go.”

Cross Country flying is what the 210 is all about. You can load up the family, luggage, and full fuel and get where you want to go in a hurry. The maximum takeoff weight is 3,800 pounds and the useful load is around 1,000 pounds. The 210 has 89 gallons usable, giving it a range of 850 nm or greater depending on how you lean it out.

“If you look at airplane performance as a whole, the 210 does a 165 knots but it has 1,000 pounds in the cockpit and full fuel,” Preston said. “I can fill the tanks up to 89 gallons, that’s topped off, and go more than 1,000 nautical miles and we have an autopilot that is coupled to the Garmin 650s that are in there. It is really a truck for what it can carry, it truly is a six-place airplane.” 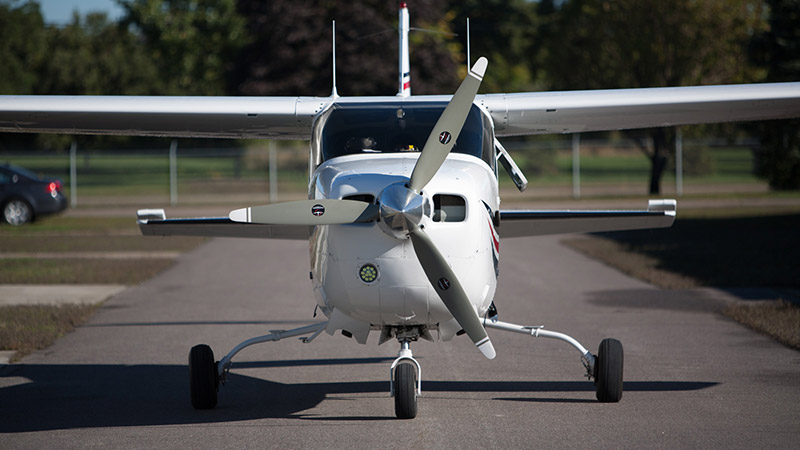 When asked what it’s like to fly, Preston simply said, “It is awesome.” He was quick to mention 210s draw attention everywhere you land and with retractable gear and no wing strut, the visibility is excellent. And most importantly, the plane flies well.

“It’s unbelievably smooth, and perfectly predictable,” Preston said. “It reminds you of all the other Cessna’s that you’ve flown, except faster and heavier. It’s still very light on the controls. It does well at high altitude runways, it climbs quick, and it goes far. The autopilot is excellent. It’s just a fantastic airplane.”

The Cessna 210 is designed to take a load a long way and get you there in a short amount of time. Besides being an excellent cross country aircraft, it is a familiar complex, high-performance, and IFR trainer for those stepping up from other Cessna aircraft. It is a bit more expensive then other aircraft in terms of maintenance and hourly costs, but dollar for dollar, it’s a solid performer that is likely to get a lot of use in a club environment.