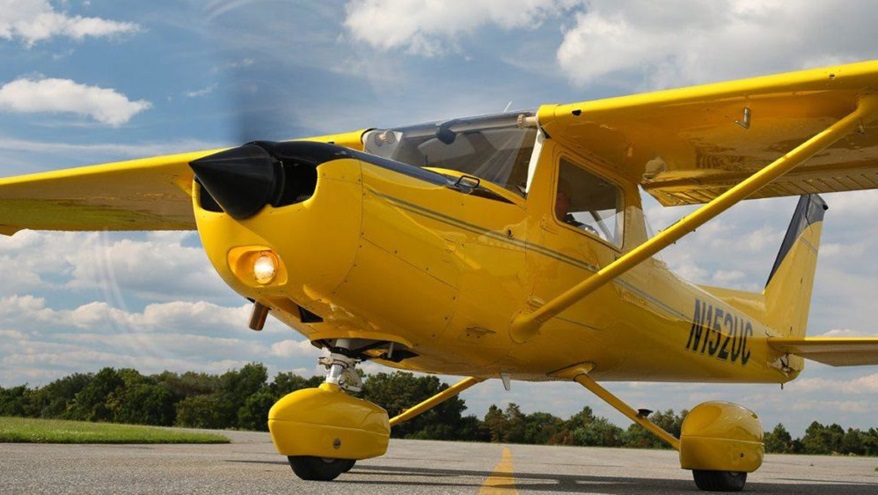 When Pat Brown, AOPA’s You Can Fly Ambassador in Texas, contacted the Nate Abel Flying Club for a casual get-together, club Vice President James Smith, and Treasurer Tom Barry accommodated the request. Perhaps they were surprised when Pat showed up with AOPA Executive Producer/Director Warren Morningstar in tow, but Pat explained AOPA was shooting a “day in the life” series about the Ambassadors, which Smith and Barry accepted at face value.

In retrospect it is safe to acknowledge, Pat and Warren were being a bit dishonest. But they took that crooked road for a perfectly good reason. One that left this new flying club in a jubilant mood.

When a question arose in their discussion that Pat feigned ignorance of, he suggested a call to AOPA Headquarters in Frederick, Maryland, to get a rock solid answer. Warren jumped in, offering his cell phone to make a Skype call. All was going smoothly until the call was picked up on the other end by none other than AOPA President Mark Baker.

That isn’t the sort of thing that happens every day. 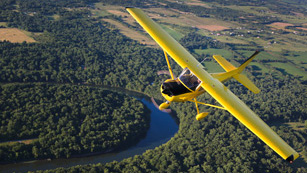 It was then Smith and Barry began to see the writing on the wall. Of 57 fledgling flying clubs that successfully completed an application for AOPA’s Cessna 150 Giveaway, the selection committee determined the Nate Abel Flying Club hit all the right notes. Mark Baker took great joy in sharing the news with the club members in the Lone Star State and let them know their very own Reimagined Cessna 150 would be on its way to a ramp near them, soon.

Establishing a culture of safety was one of the hot button issues the selection committee was looking for, and the Nate Abel Flying Club has gone all out on that front. They’ve established a six-point safety plan that includes such components as educational seminars, a flying buddies program, group study, and a plan to feature a “proficiency maneuver of the month.” By creating an environment that makes safe and conscientious flying fun for all involved, they rose to the top of the heap.

The Nate Abel Flying Club, which is named after an avid aviator who succumbed to cancer in 2013, will base their Reimagined Cessna 150 at Hicks Airfield, north of Fort Worth, Texas.

Les Smith, AOPA’s senior director of Pilot Community Development is quick to point out the other  clubs that completed applications all have something to cheer about, too. “Those other 56 clubs have done everything there is to do short of obtaining an aircraft,” Smith says. “And we want to work with them on that next step.”

All this adds up to one more operational club in the marketplace today, with 56 additional outfits poised on the starting blocks to make their move. With help just a phone call or an e-mail away, it’s a sure bet the number of operational flying clubs in the U.S. is about to take a big leap forward.