The Hillsboro Flying Club is like many clubs throughout the country. Its mission is to provide safe and affordable aircraft to its members. Based at Portland-Hillsboro Airport (HIO), which is about a 20 to 30-minute drive up Route 26 west from downtown Portland, Oregon, the club has been in continuous operation for 62 years.

The club was originally called the Tektronix Flying Club because it was founded in 1954 by employees of the company known for manufacturing testing devices for oscilloscopes and other equipment. Initially the club was only open to company employees, but in 1960 it expanded to allow the first non-employee members. In the 1980s, the company downsized and by the late 1990s the club no longer had any members who worked at Tektronix so the name was changed to represent the area the club serves. 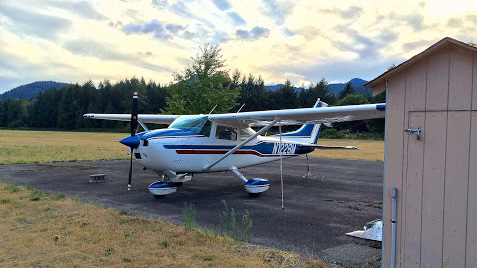 At the club’s peak in the 1980s and 1990s, there were more than 60 members but the latest recession took its toll on the club, as it did to so many clubs. Membership dwindled to 19 and the fleet of five aircraft—a Cessna 150, 172, 182, a Cherokee 180, and a Beech Debonair—was reduced to three aircraft by selling the 150 and Cherokee.

The club has bounced back slowly and now has about 35 members. What it also has is a tiered membership structure that provides pilots a few options with different financial commitments depending on the type of aircraft being flown. What makes the tiered structure interesting is the monthly dues vary based on your membership level.

Level III allows members to fly both Cessnas and the Beech Debonair. The initiation fee is $2,500 with monthly dues of $185. The Debonair has an hourly rate of $124.

Each level has roughly the same number of members, with Level III being a little smaller because of the additional cost and complexity. To move up from one level to the next, members simply pay the difference in the initiation fee.

One of the ways the club has been able to control costs is by moving all three aircraft into hangars, Club President John Halbert said. Although hangar rental has increased the fixed costs, the club no longer maintains a reserve for interior and paint like it did when the aircraft were tied down outside and the elements took a greater toll on the planes.

The club allows primary training, but recently limited the number of students because the 172 is the most popular aircraft in the fleet, John said. The club is trying to balance the desire for members to take the aircraft for a $100 hamburger with that of primary students. Planes are booked through ScheduleMaster and the pilots definitely like to fly recreationally.

One of the many links on the club’s website is a Google map with pins that members can add showing airport restaurants. To date there are 68 restaurants ranging from Canada to the Central Valley in California to as far east as Idaho and Montana.

The web site was redone a few years ago and is one of the club’s assets. It is easy to navigate and provides information on each aircraft including equipment and specs, as well as links to documents such as club bylaws, regulations, membership application, and fuel reimbursement forms. The cost structure for each membership level is clearly presented as well as currency requirements.

Members must have a proficiency check flight every 12 months for each aircraft flown; maintain currency with an hour flight time and three take offs and landings within 90 days in the 172 or 182 or two hours flight time in the Debonair within 90 days, and attend at least two safety seminars in a 12 month period. The club hosts some safety seminars and promotes others that might be provided by AOPA, the FAA or other groups, John said.

With it’s simple mission of providing safe and affordable planes, a clear and easy to navigate web site, and a tiered membership structure that provides an opportunity to participate at a variety of financial commitments, the Hillsboro Flying Club has been able to stay in continuous operation for more than 60 years and should continue for many years to come.