The Value Proposition of a Monthly Meeting The first Saturday every month at 8:30 a.m. the Leading Edge Flying Club hosts a breakfast meeting. If you show up, both your appetite and your mind will be fed. You can count on it.

“Members find value in getting together with other members and talking about the topics of the day,” Club President Marc Epner said. “My members have told me through continued renewal and their participation that these [breakfast meetings] have value for them.”

Most clubs hold monthly meetings to discuss club business, which is important, but few members get really excited delving into the nitty gritty of operations. One way to keep members engaged is to provide a guest speaker or a discussion topic on a regular basis.

Based at Chicago Executive Airport (KPWK), Leading Edge Flying Club has about 70 paying members and operates a fleet of three aircraft—a Piper Archer, a Piper Dakota, and a Cirrus SR22. Among the members are about 10 who own their own aircraft. “We’ve attracted many members that already own their own airplane so they have no interest in flying our airplanes,” Marc said. “They just love the social aspect.”

A big part of that is the club’s commitment to making sure members are getting value. “My thought behind everything I do with the club is what’s the value proposition,” Marc said. “What’s the value for the members?”

The monthly breakfast meetings are held at a local restaurant in the winter and in the hangar with bagels and a continental breakfast in warmer months. They are scheduled to last two hours, but don’t always go that long. The club picks up the tab, so the breakfast is free for members. Generally, between 25 and 35 people attend, including about five guests each month.

Marc said the club does very little outreach, so the breakfast meetings provide members an opportunity to have guests learn about the club. Some have joined the club, some haven’t. “The guests are just an added benefit,” he said. “I’ll have a guest at something that I think would be interesting or educational.” This month, Ryan Paul, a representative from Avidyne, discussed ADS-B requirements and provided a refresher for members on the various options available. The club also invited a representative from Wisconsin Aviation who could address the installation aspects of meeting the ADS-B requirements. Marc’s only request was that the presentation would not be a sales pitch. “He did a great job educating about ADS-B and the difference between in and out and what equipment satisfies the 2020 requirement,” Marc said. “He talked about how to do it on the cheap and how to do it if you’re going to integrate it to a much larger extent.”

Other guest speakers have included a local aviation medical examiner, and an F-18 pilot who discussed carrier operations and what aspects of Top Gun were real. One of the more popular meetings that attracted 50 to 60 people was when two Chicago Approach controllers came and spoke on behalf of Tower, Approach, and Center. “In Chicago, general aviation is just not welcome in the Bravo airspace,” Marc said. “ATC came in to talk about how we can work better together. It was a great meeting to help people feel better. It was so refreshing.”

However, Marc said the club doesn’t go out and find guest speakers too often. Usually the presenters or discussion topics are generated internally. “Don’t feel compelled to have a guest speaker from outside the membership community,” Marc advised. “You probably have people within your membership that can have an interesting topic.”

Leading Edge has a member who has incorporated flying into his business and personal life so he is able to fly almost every day. Another member who works for Underwriters Laboratories, a company that does electrical safety, did a presentation how laptops can explode on an airplane.

Often times the club will have a safety topic based on a member’s experience called ‘True Confessions.’ A pilot will stand up and admit a mistake they made, how they got into trouble, and what they did. Or, if there’s been an accident that’s noteworthy and in the news, someone will act as a facilitator leading a conversation about what happened, why they think it happened, and what they could have done if they were in that situation.

It’s all about finding topics that interest your members and keeping them engaged. “I may not have a guest speaker but I will always have something to talk about,” Marc said. “The reason you have meetings is to drive the value message and the value feeling for the members so they continue to be an active part of the membership. It keeps the club going.” 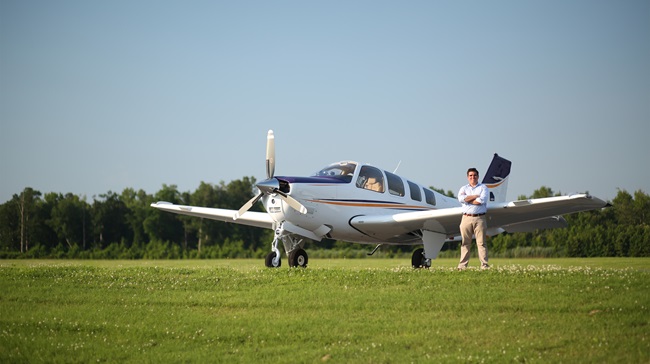 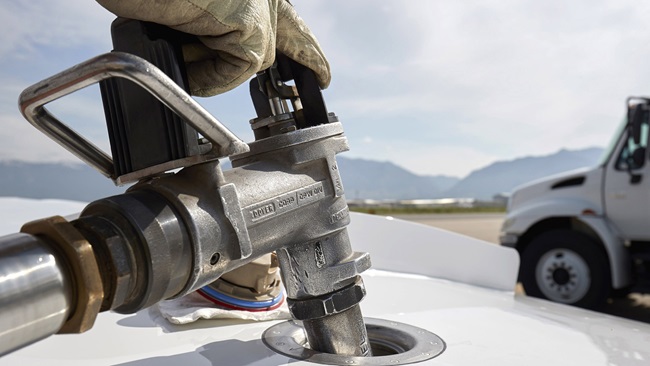