News from HQ: Launching into 2017 with confidence

As the winter winds blow and Santa puts his sleigh back in the hangar after a big night of general aviation merriment, this is as good a time as any to take a quick look back to see what’s working and tweak our plans for 2017 based on that knowledge. There’s certainly a lot for us all to be happy about.

AOPA’s goal of turning around the diminishing number of active pilots is bearing fruit, and that’s good news all around. In 2016 we were able to work with individuals and groups from coast to coast in an effort that resulted in 25 new flying clubs becoming fully operational. Those clubs have provided an avenue for hundreds of pilots to get into the air. They’re also giving new potential pilots a place to get their first real exposure to general aviation in a socially relaxed atmosphere that encourages them to continue to pursue their interest in aerospace as a hobby, or a career.

When the growing number of new flying clubs is combined with the significant number of existing flying clubs in operation, it’s easy to see that thousands upon thousands of pilots are finding real value and social benefit to being involved in this classic method of gaining access to aircraft and aviation oriented friends both new and old. 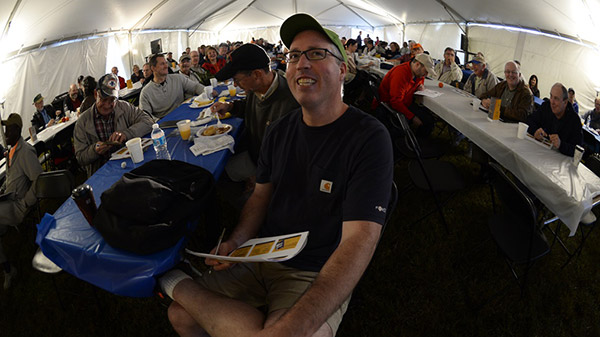 One of the tools that has been successfully used by flight schools and flying clubs to bring new faces out to the airport, is AOPA’s Rusty Pilot seminar. That program has become so successful and so popular, AOPA is expanding the number of seminars to be given in 2017, considerably. With more than 40 percent of recent attendees finding their way back into the cockpit and completing a flight review, it’s a slam dunk that AOPA’s Rusty Pilot program is putting thousands of former pilots back in the air.

By increasing the number of seminars to be presented in 2017, it will be easier than ever to find a seminar close to you – or for your flying club to host a Rusty Pilot seminar. This can help promote your club locally and potentially populate it with new members. To learn more about how you can attend or host one of AOPA’s Rusty Pilot seminars, visit rustypilots.org

Of course all this success doesn’t happen without great interest from the flying community, and some terrific people who are truly dedicated on the AOPA side of the equation. Our Ambassador ranks grew in 2017 to include Pat Brown in the Texas Triangle and Andy Miller in the Great Lakes region. Pat and Andy join Kay Sundaram in SoCal, and Jamie Beckett in Florida. Early in the new year the four of them will be joined by a fifth Ambassador located in New York state. Together, they’ll be on the ground and in the air, meeting with folks all across the country, attending fly-ins big and small, and working diligently to help new flying clubs become operational, and existing flying clubs grow their ranks.

While 2016 was an incredibly successful year, we’re already gearing up for an even more amazing 2017.  It’s going to happen, and we’re just thrilled that you’re going to be a part of that story. Onward and upward, one and all.